Spontaneity, a bed and paper from an antique shop 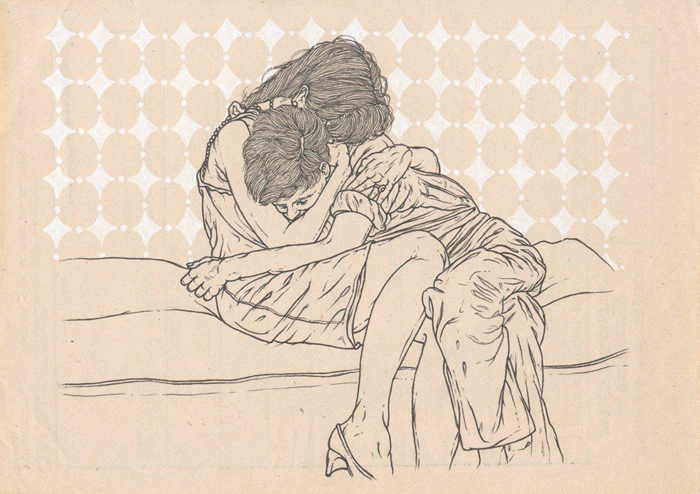 Magdalena Sawicka, a Polish artist, awarded a Grand Prix by an international jury for the uniqueness and power of her works, reflecting daily life, during the opening of an exhibition in Montrogue near Paris. Her works can be seen during the Biennale of Young European Art in Wrocław as a part of the program of the European Capital of Culture - Wrocław 2016. The curator of the Polish section of the exhibit is Ewa Sułek.

What did you feel, receiving the Grand Prix?

It is really encouraging that my art has been noticed and appreciated, although - or, perhaps, because - it is not “loud”, but ascetic and small-format. I was surprised by the fact that drawing, which is often treated as a mediocre form of art, perceived as only a sketch that precedes further action, can effectively defend itself as an autonomous field of art.

You have become a sort of an ambassador of Poland. What reflections on your art would you like to stay with the guests of the biennale?

As a participant of this biennale, I would like to put emphasis on sensitivity, which is rooted very strongly in my homeland, and I am not talking about history here or about stereotypes, but a very perceptible sense of self-restraint, primordiality, asceticism, inclination to melancholy and tenderness. I am convinced that it has influenced greatly the development, themes and visual sphere of my art, which could have been different, if I was born, for instance, in Portugal.

Tell us about your work that has been rewarded - the Farewell. How do you think, what was it that charmed the jurors?

Farewell is a collection of four drawings that lead the viewers through a certain cycle of thought, events, stories. In my art, I often refer to autobiographic themes, trying to depict them in the manner that makes them more universal. In this case, it is about certain feelings, caused by something that’s missing - not a physically missing person, but some internal, emotional longing, which is not fully understandable. This longing cannot be clearly defined or satisfied. I do my best to assign a meaning to such moments, in which we find ourselves, but I also attempt to make them immortal. I think that being exposed to an increasing number of external stimuli, we often become indifferent to what our nature tells us, and I am trying to focus on this nature of ours. And this is perhaps what the jury found interesting.

The exhibit is traveling from city to city. Do you see differences in responses to your art?

I am one of those artists, who do not like to appear in public during the exhibits and tend not to do that. Besides, I have had a lot of work lately, and my profession additionally excludes me from systematic traveling. I am a tattoo artist and my calendar is full; it is not easy to interfere with the schedule of visits, so, unfortunately, all I can do is hope for others to tell me about the exhibit.

How was your art received in Wrocław?

I hope it was received very positively. Unfortunately, I could not attend the preview due to the same reasons, which I have mentioned above.

According to the press, the artists presented during the biennale are highly valued for diversity of their attitudes, individualism and bravery in their approach to the media.

You are one of these artists. What is your philosophy and why did you choose drawing?

This field of art was a very natural choice to me, first of all. As long as I can remember, I have made outlines of every object and every person that I encounter in my mind. I see the world as a tangled web of lines; I don't sense the patches and color. I feel very comfortable with drawing and I know it always allows me to create the reality, which I need to get. The risky aspect is the small format of my works (which are usually smaller than A5). Meanwhile, large-format works that seem to be shouting for attention tend to be noticed and appreciated during exhibits and contests. My intention is to intensify the sense of intimacy, force the viewer to come as close to the piece of paper and submerge in it.

What can you tell us about your workshop?

I work very spontaneously, whenever I feel the need to place something on paper. I work in my own small apartment, which, on the one hand, makes it easier to make spontaneous decisions, as I don't need to go to a workshop; on the other hand, it is not comfortable, because I don't have a table adapted for work of this kind. Until recently, I worked in my bed, as I had no space for work - so I drew my large-format works and small drawings without getting up from bed, and even today I do most things in bed, like eating, sleeping, reading and resting. Usually I work with materials selected very carefully, and I search for them for years. I use old paper from antique shops, Internet auctions, flea markets and basements. I want the color to be a natural effect of the passage of time, just as the texture and smell. Such paper inspires me greatly, there is always a story behind it. When I was collecting my graphics lately from a framer, he thought they were at least 50 years old, although I had drawn them a year ago.

The Grand Prix for Magda Sawicka is a great distinction.
The international jury consisted of highly valued curators and representatives of the art world - Alexia Fabre, the main curator of the MAC/VAL museum of modern art, Marie Cécile Burnichon, responsible for the department of visual arts at the Institut Français, Etienne Comar, a scriptwriter and a producers, artists of the None Futbol Club, Pia Viewing, the curator of the Jeu de Paume, a Polish artist working in Paris, Angelika Markul, Vittoria Matarrese, responsible for the cultural program of the Palais de Tokyo, writer and journalist Christophe Rioux, as well as Matthieu Lelievre of the well known Taddaeus Ropac gallery of Paris. The joy is even greater because of the fact that the jury appreciated a technique, which is usually treated in the art world as mediocre - drawing, in its rather rough form, made with a fine felt-tip pen on paper. Choosing Magda’s works for the Polish section of the biennale, I wanted just that - to show some pieces of art that are rarely encountered at our modern art centers. As it turns out, I scored a bullseye.

A fragment of an interview with Ewa Sułek, a curator of the Polish section of the Biennale Jeune Création Européenne 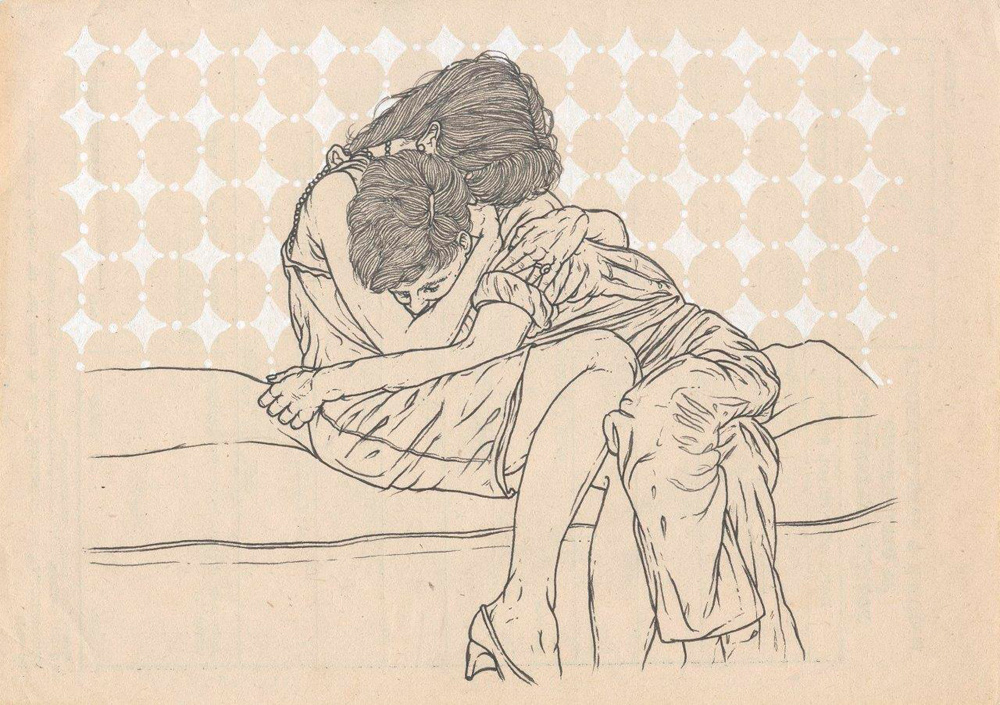