Desire, pleasure and suffering are those moments when we become most intensely aware of our corporeality, our physical existence. In Magdalena Sawicka’s drawings sensuality manifests itself in a trickle of sperm on lips, a turgid penis, wet stains on a girl’s panties; in lacerated hands and tear-stained faces. A used condom becomes a sacred object, worthy of being represented. It is easy and somewhat exciting to read these drawings literally. Knowing that they are the work of a young woman, you may be tempted to interpret them as a record of her experiences, the voice and  picture of a generation. But it is better to read deeper, to enter the metaphorical layer of those stories. The artist herself says that despite their apparent literalness, they are never straightforwardly about what they show. 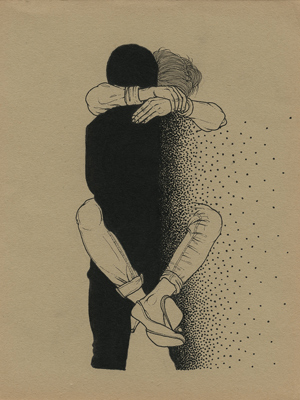 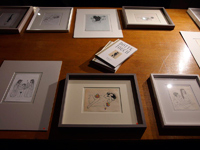 Sawicka’s courage in representing intimacy, otherness, disability or sex is not aimed at cheap effect; it is not pornography, but a modern romanticism, curiosity about and reflection on the corporeal world as an enclosed space, as well as on relations between people: a diary and sociological study rolled into one. Sex; the internet, full of sexual obsessions; a world seemingly with no taboos; personal experiences and feelings: those things provide the foundation of the drawings. But the artist touches on more universal topics as well. She selects and juxtaposes in metaphorical ways. She presents an analysis of post-modern culture and its system of norms; of a world apparently liberated from a moral straitjacket, where eliminated taboos are replaced by a new ones, by mysticism and ritual, submission, a sense of both belonging and alienation, a blend of the sacred and the profane, biology and mystery.

With a delicate touch the artist draws rough scenes, no longer allusive, but literal: naturalist representations of sex, violence, tenderness, liberation, enslavement, shame, which may be treated symbolically. It doesn’t matter whether it’s a subtle image of hair sensually let down, or a boy’s head between a girl’s thighs, or a bold picture of swingers. The narrative is important; each image carries emotions and sensuality. The charge of pornography is baseless. We could repeat after Michel Houellebecq: ‘I am a realist. Most great French Romantic poets, on whose work I was brought up, were simultaneously romantics and pornographers. The tone of my books is like my cultural universe.’

The tone of Magdalena Sawicka’s drawings is personal; the artist herself declares  that there is no such thing as a communal sensitivity; each person has their own experiences, thoughts, feelings; and even when she draws inspiration from the global internet community, she interprets the existing interpretations. 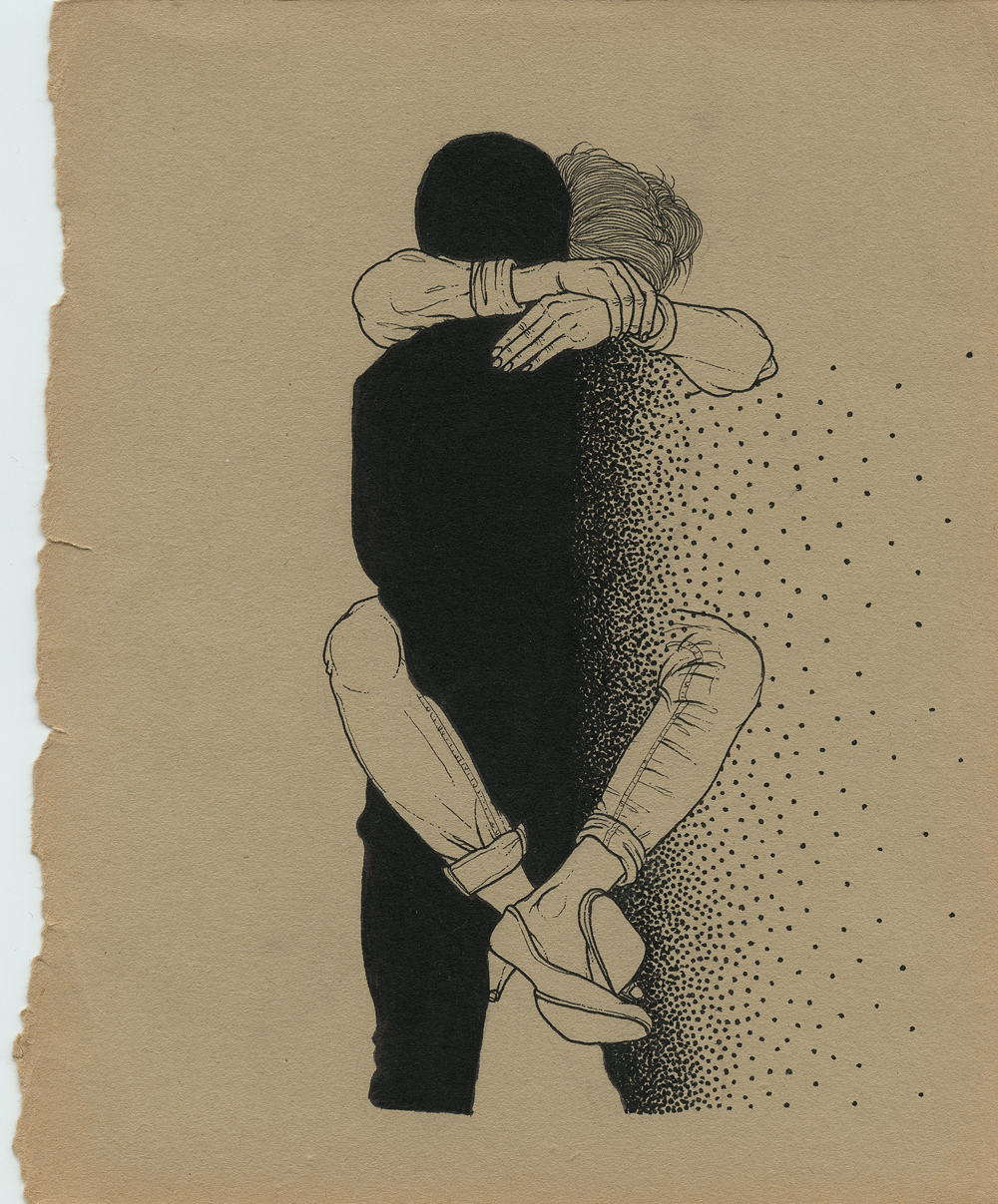 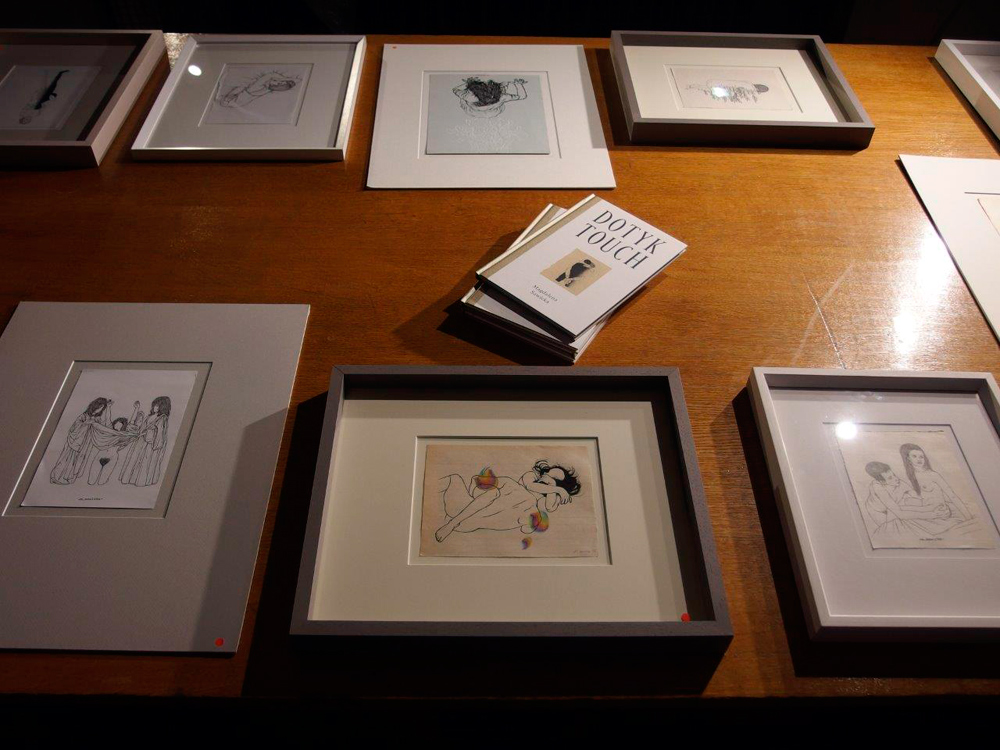 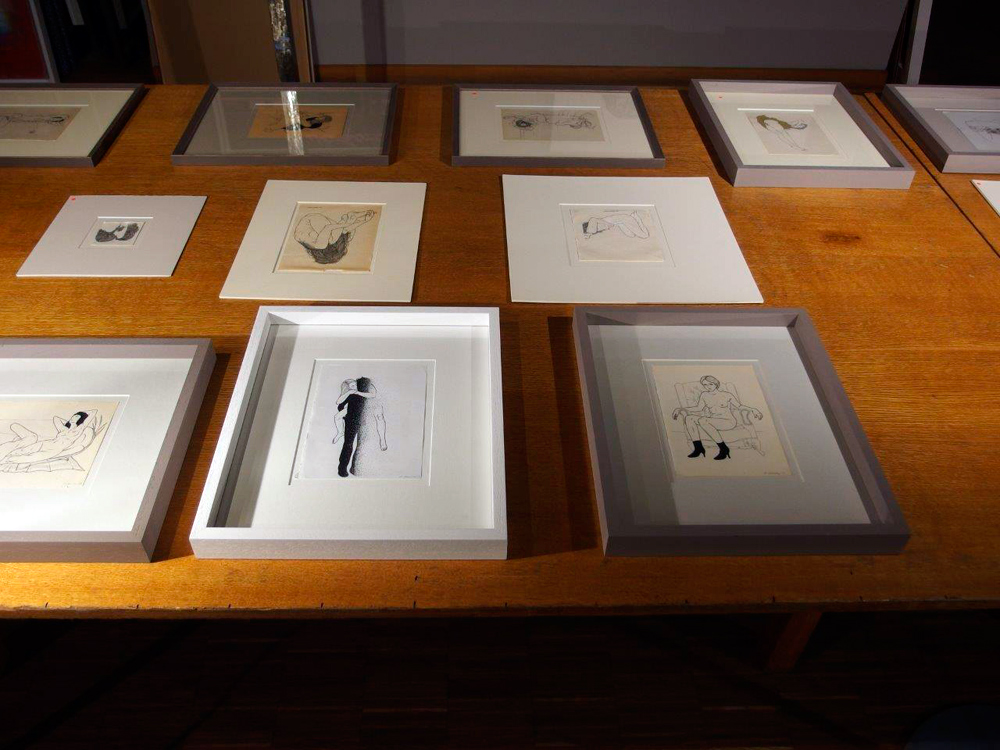 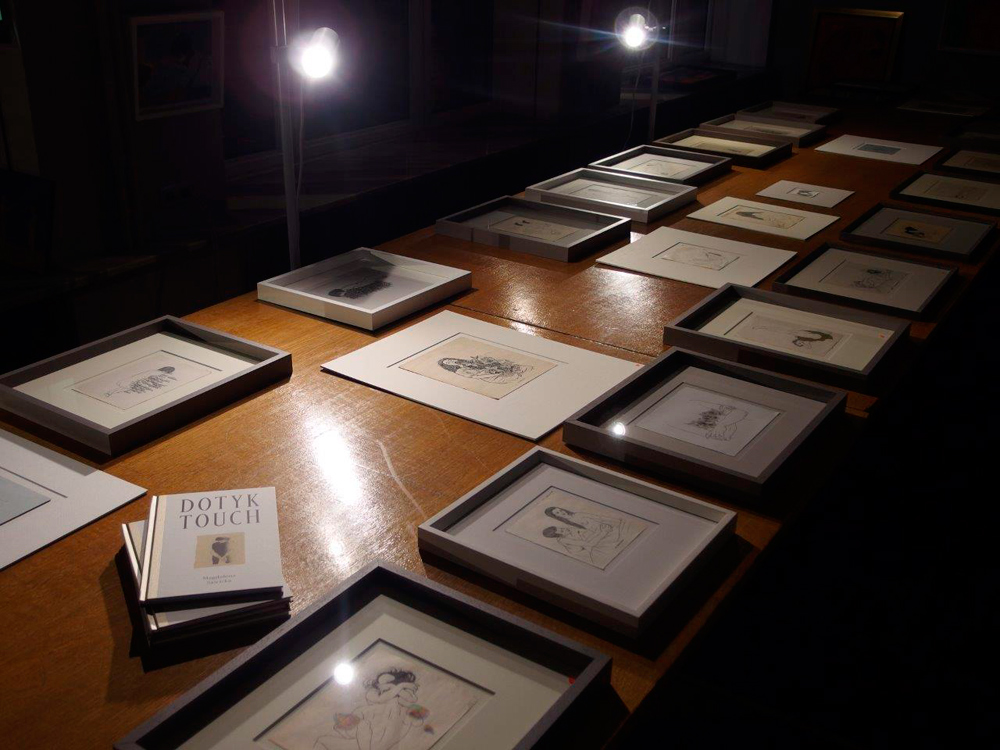 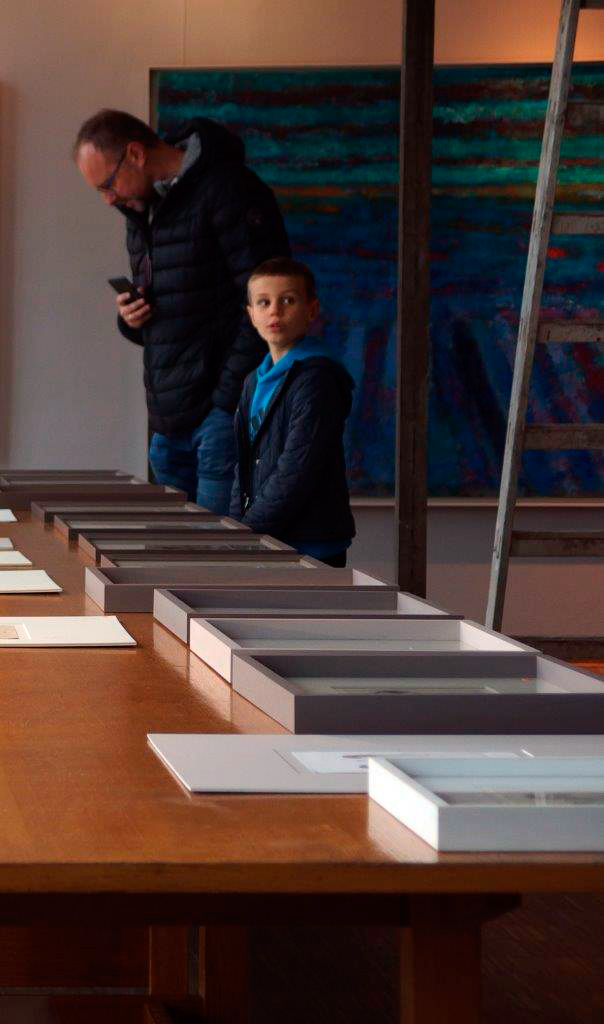 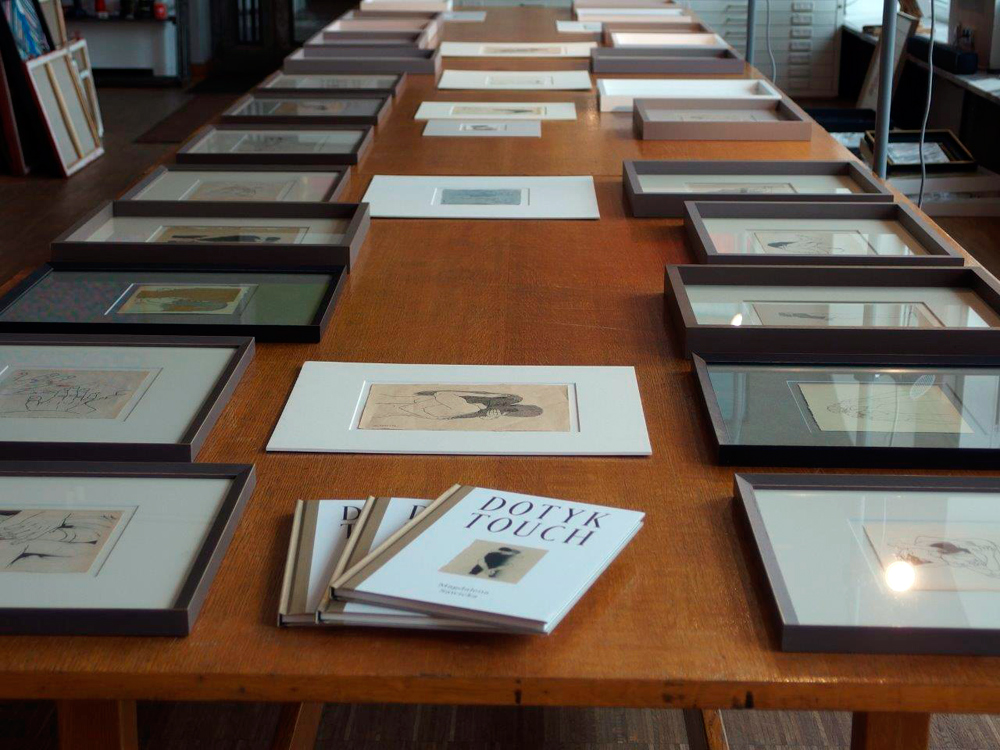 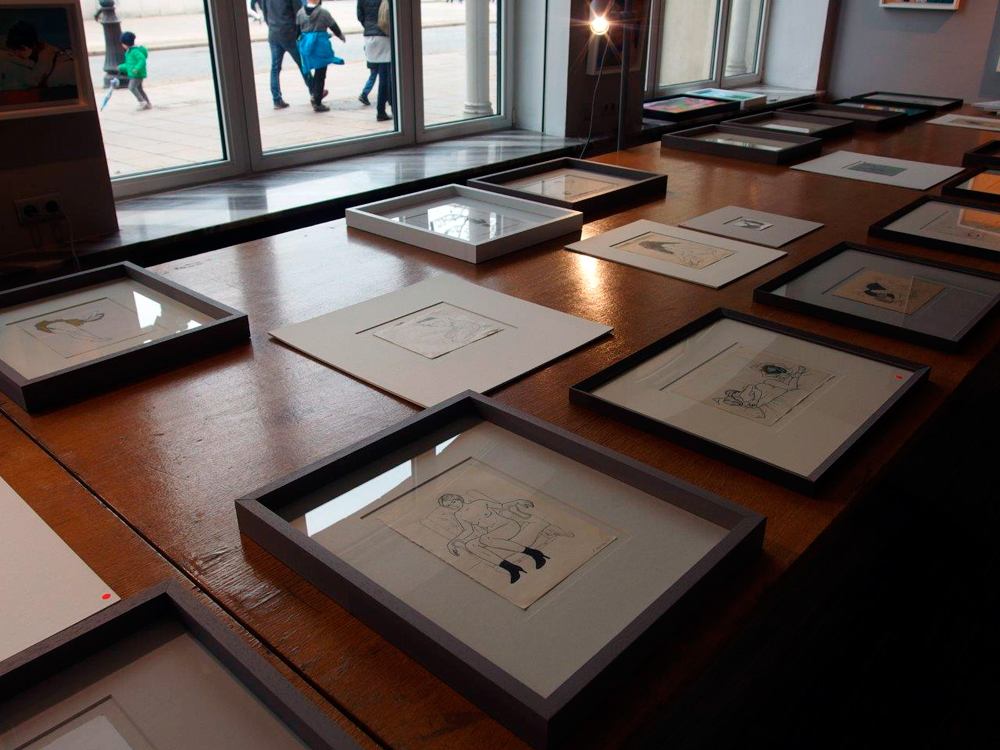