I like to stop in front of these pictures. I have a few at home which have to be committed to memory again and again, because they keep slipping out, with their mysterious, unobvious or perverse motifs, with the provocative tension between the narrative they contain and the form.

Two small pieces by Magdalena Sawicka: I stop in front of them very often. 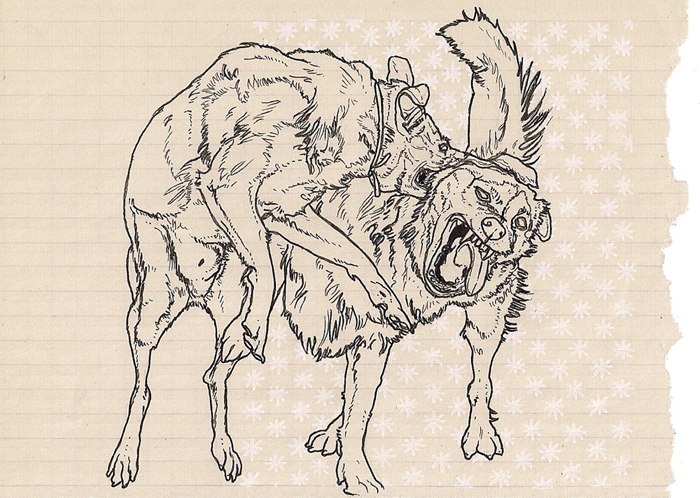 They hang above my desk. They help me think; when my thoughts scatter, I look up and feel something like a spur, that’s how I picture it. I return to they keyboard with a sharper mind; this time it’s the same. I now see them on my iPad, in a new photo.

They make me smile every time; every time I have the impression that I’ve caught them doing something naughty. If they were able to see themselves, and if they had anything like human vanity, they probably wouldn’t be pleased with this snapshot. They’re not shown in very becoming attitudes. Despite the fierce expressions, the determination, you get a whiff of comedy. They’re comically exposed, even though the drawing is not a caricature.

I call it the Chinese piece.

The precise line ruthlessly follows the nakedness; the characters, voraciously absorbed in their passions, lose all control over their image.

What else am I thinking about?

Japanese woodcuts? Beardsley?. Old books for children, where you could colour or clothe the characters.

Then I wonder how Magdalena Sawicka could have made those little white stars. Each one separately with a fine Chinese brush? Or did she use some kind of stencil? I can see her (we’ve never met, but of course I’ve looked up her website) drawing them, one after another, like a child playing with paper cutouts, or like Andy Warhol painting a faithful copy of a hundred-dollar bill by hand. And I imagine her finding a peculiar, half-childlike, half-primeval pleasure in the patient drawing of little white stars. The stars occupy only the right-hand side of the picture, where the saliva of the fighting dogs splatters. They too, the little white stars, irrationally and mysteriously take part in this comedy, in this formal game of undermining our aesthetic tenets. As do the torn-off edges of the sheet on which the drawing has made. 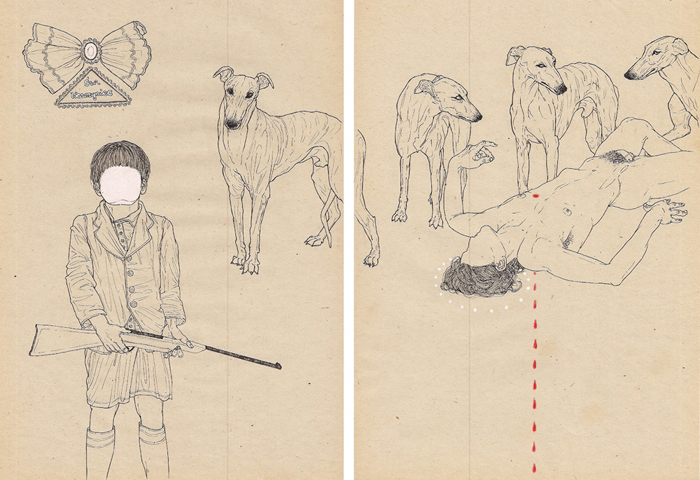 Magdalena Sawicka’s hagiographies are an unusual mythological register: a return to the magical areas of drawing from before the invention of photography, to setting a story in a picture, setting a picture in a story. The illustration or plate (yes, let’s call it a plate) made sacred through the story; the story hallowed and fetishised through the plate. A child by candlelight immersed in an ancient tome. I remember such scenes from my childhood; I remember my own obsessive drawing as a way of completing stories, both real and spontaneously made up mythological ones. The picture was not only an illustration: it participated in the story’s sacredness; it had the quality of a holy relic. I stop in front of the terrible and mysterious tale of Laurence Wielopławski, one of the saints in Magdalena Sawicka’s Hagiographies. On the backs of the two cards of the diptych the artist has put down the story of St. Lawrence (the complete tale can be found on the Internet): here’s a naked, wild vagrant, thoughtlessly killed by a child, a tsar’s son; dogs are witnesses to this unfathomable event and mysterious worshippers of this ecce homo – the incomprehensible absurdity of the human soul – both witnesses to and participants in the blasphemous act of canonisation performed by Magdalena Sawicka in her diptych.

As in my childhood, looking at this drawing means taking possession one more time of a story that escapes understanding.

This time the dogs are beautiful and mysterious as sphinxes. 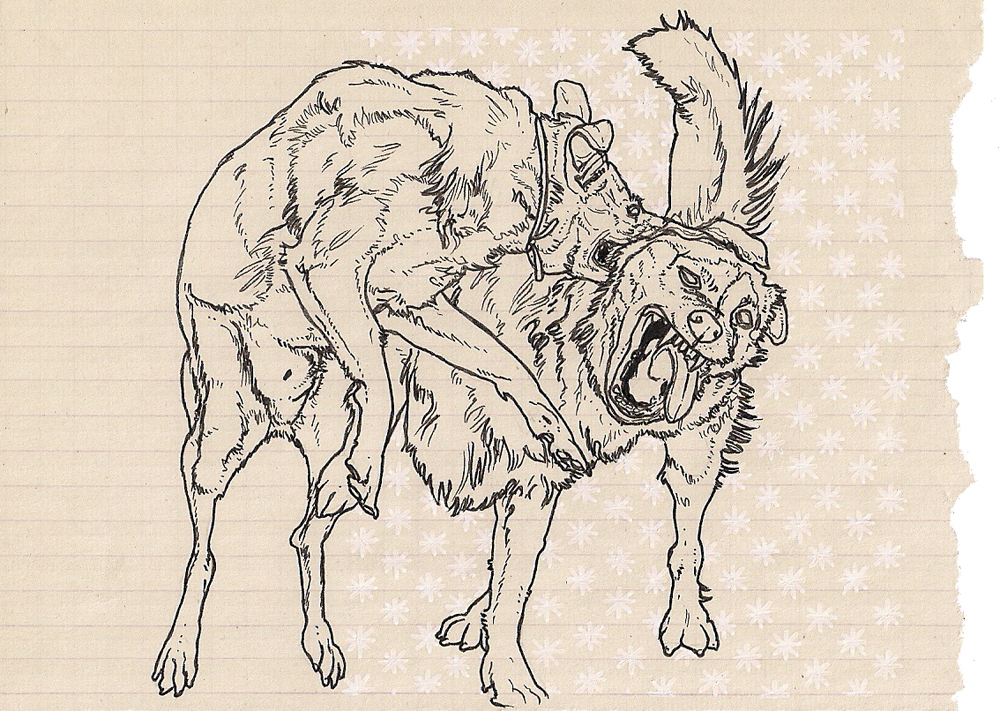 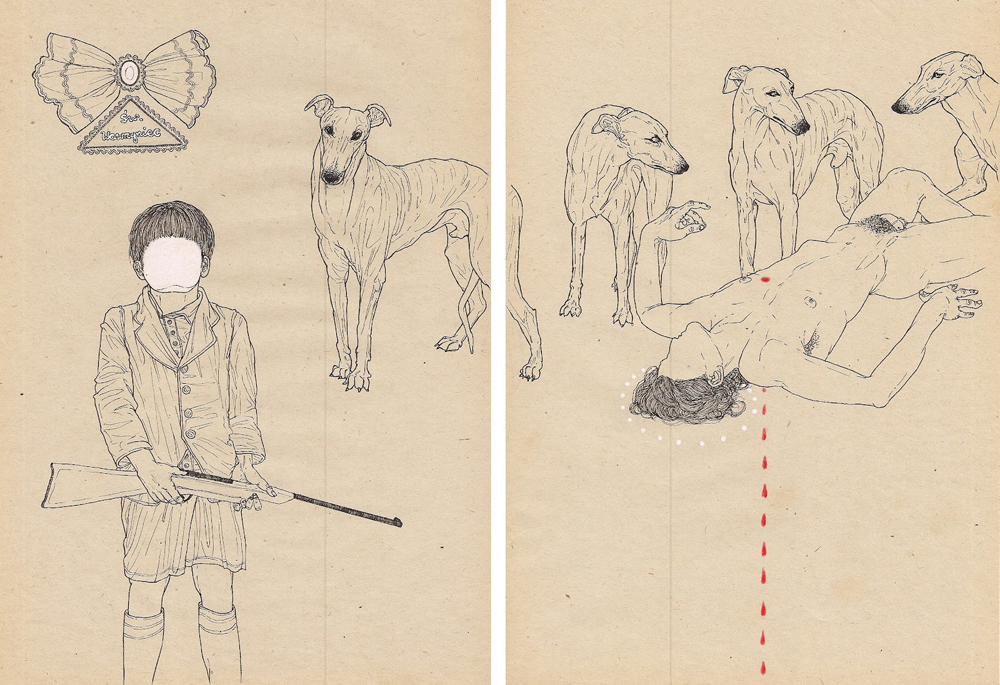