The Red Great Cardinal series of cut-outs is a new style of religion presented by Daniel Zarewicz. Cardinal red is combined with black. A peculiar psychosis of beings dancing in the dark – creators of unnatural happiness. Thoughts locked in on paper transmigrate like souls imprisoned in bodies, to finally perceive ecstasy. You may get the impression that this fiery wheel spins forever. You stand in line for rapture, like a libertine for another orgasm. The ancient temple is desecrated. The hunt for the Calydonian Boar. A fight for a new paramour. Untamed thoughts. Power. Authority. 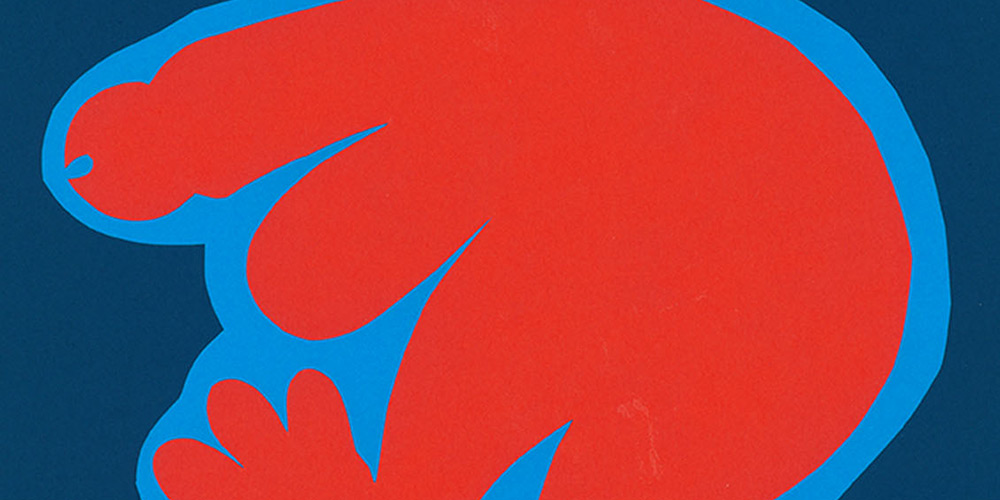 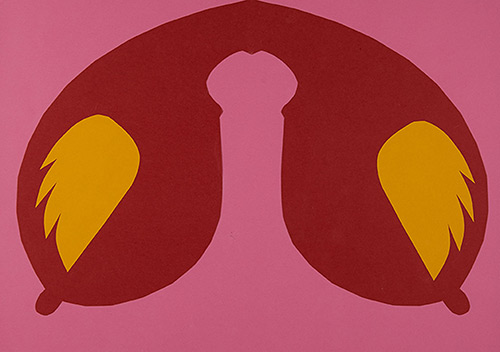 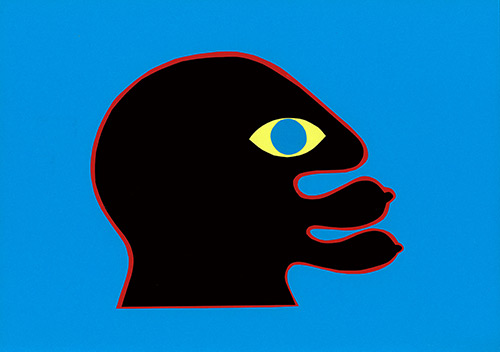 He laughs at night. He is inaccessible to people. The supermoon zone does not exist. He makes you go mad. Invisible from the earthly world. A little red dwarf. Everything is chaotic. Are you afraid? He’s only a small bald mouse, flying in the ebony sky. He only bites the night, sucking out the moonlight. Don’t be afraid! 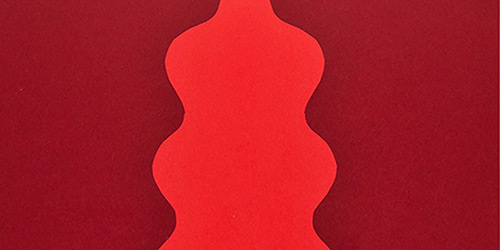 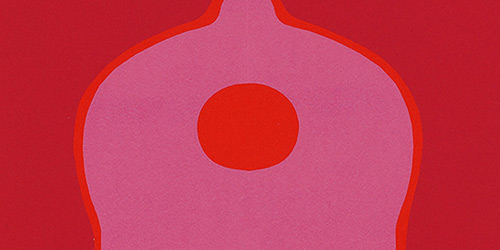 Thousands of stars light up the sky. The chirping of tropical birds carries through the echoes and the darkness. The heavy earth seems to be light air. The burning flame is cold water. God and sin complete each other in the sub-equatorial belt. There is sexual absolution in the zenithal rain.

What’s the matter? Immediate consumption not enough? The senses and the muscles start to work. You inhale the drug. The body softens. The erection fades. Goddess of love! Morning star! You throttle the indecent constellation of Jupiter and Mars with the atmosphere! You are acidic, sulphurous, venereal. Your strongly spicy masculine bouquet does not suffocate me. You make the mysterium complete.

Your lips are parched from thirst. There is no saliva in your mouth. Your tongue slips into your throat. You choke instead of kissing. You go lower. Fill yourself up. Come alive. Finally, I feel you. You pierce me with your unshaven beard. The pleasure hurts. You prickle. Don’t stop! The wounded skin will rise again.

Your body begins to burn. The skin boils. You burn your mouth. You stick to the palate. To feel it better, you don’t stop moving your tongue. Finally, the spicy flavour grows milder. You become sweet. You are salty. You taste. Amen.

Two bodies are not enough. You need a fresh piece of meat. One, two, three… The bodies heat up. In the orgiastic consubstantiation, they meld with each other. They embody each other in unity and actual totality. In sexual ecstasy, no one burns. 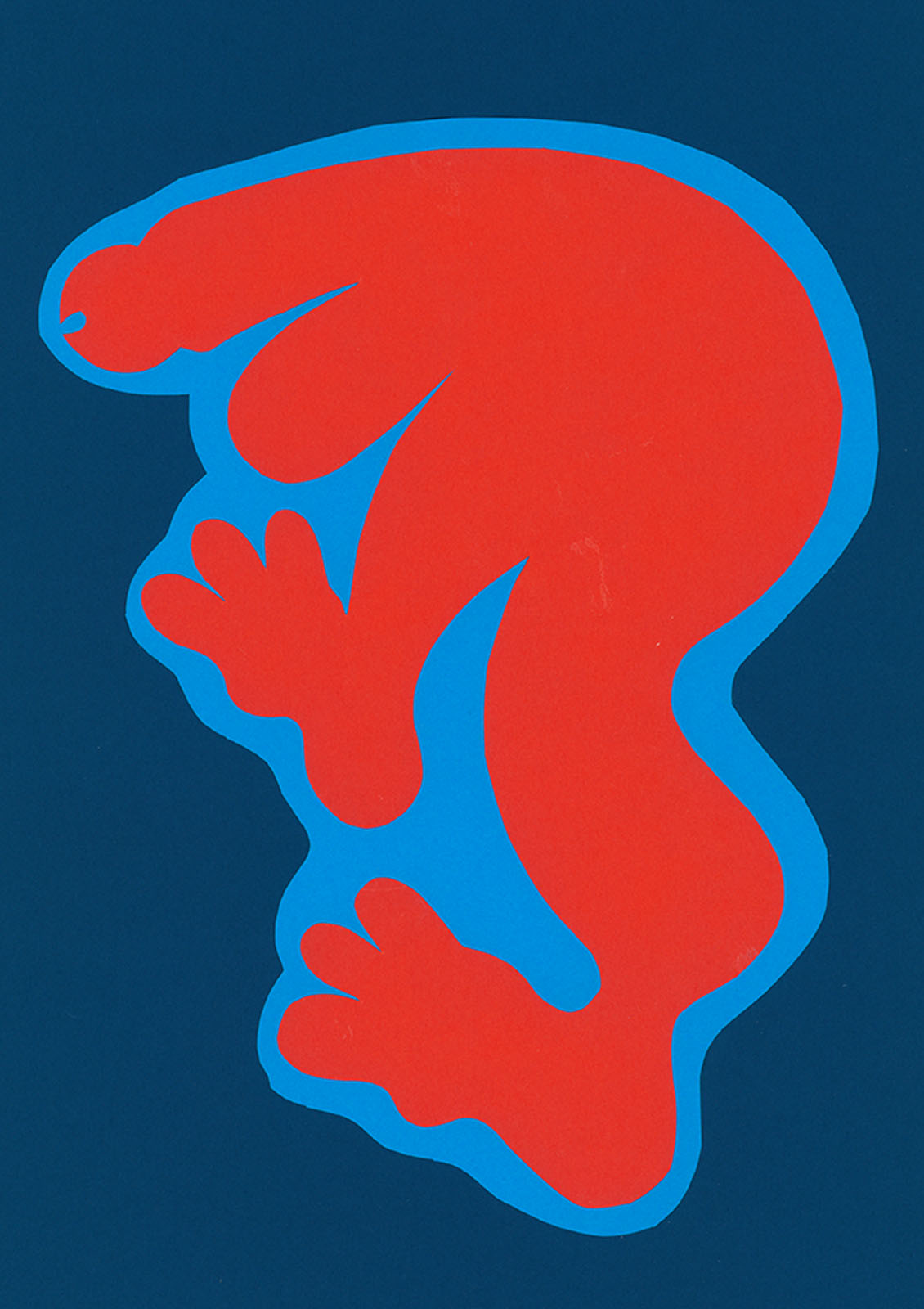 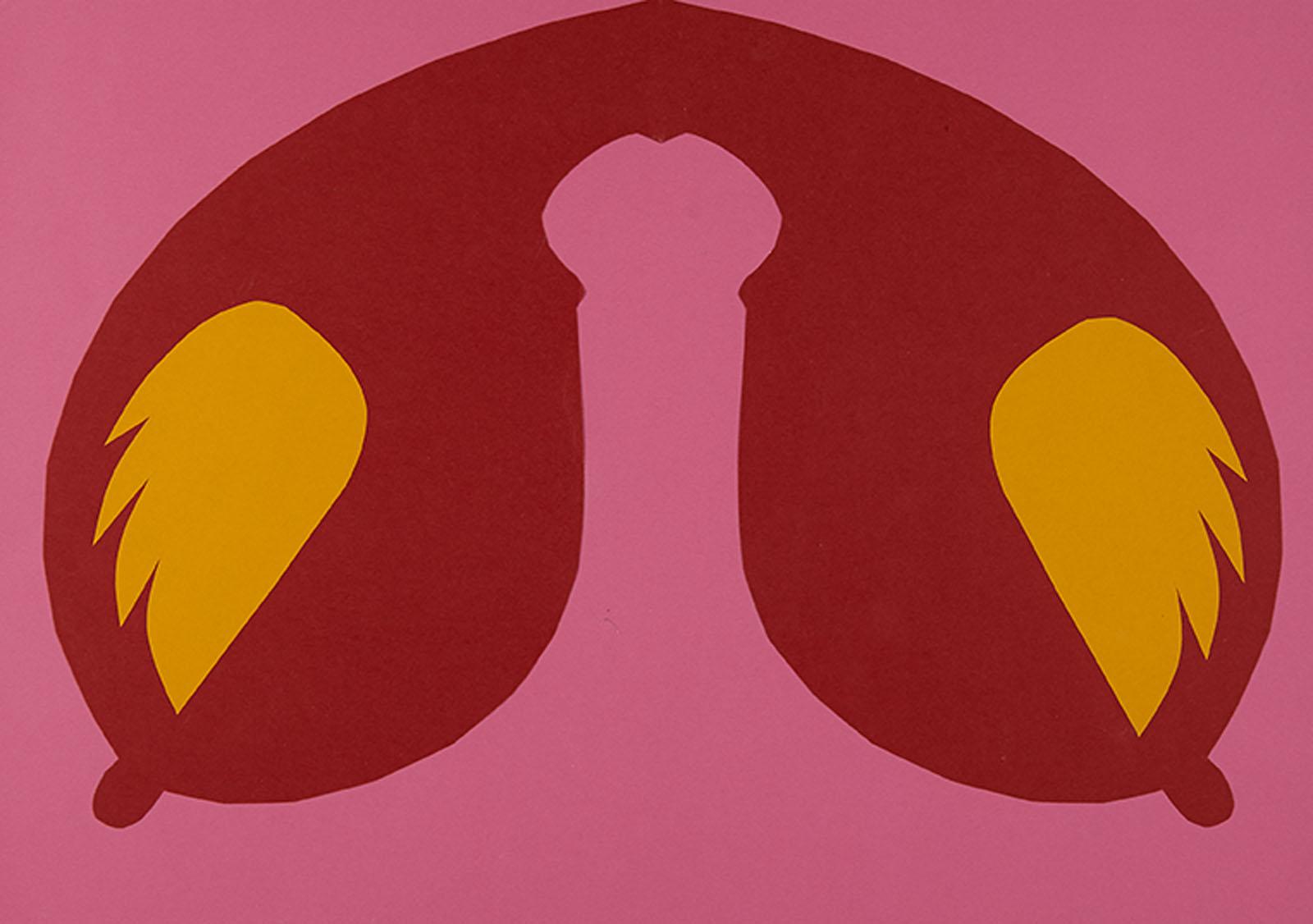 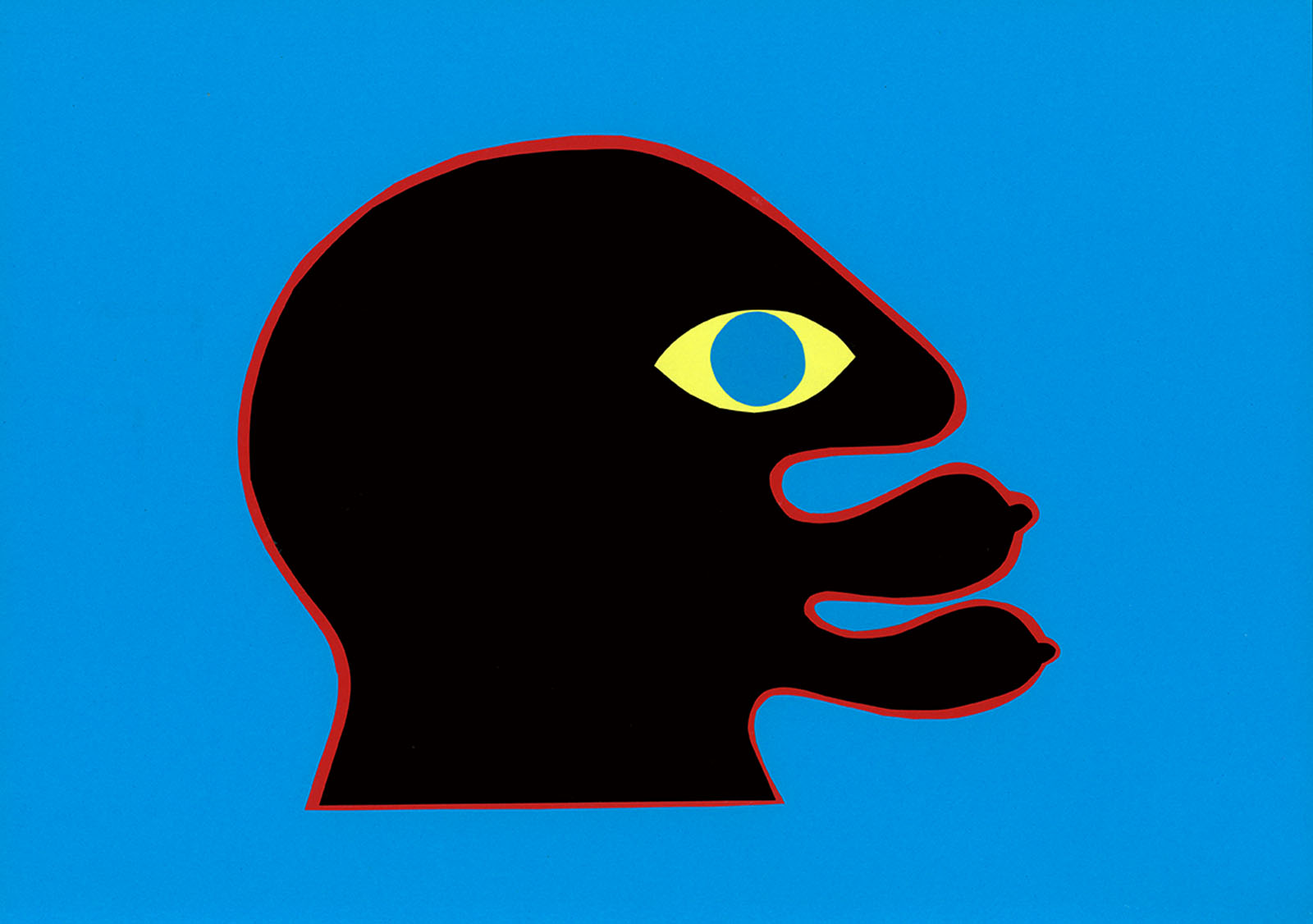 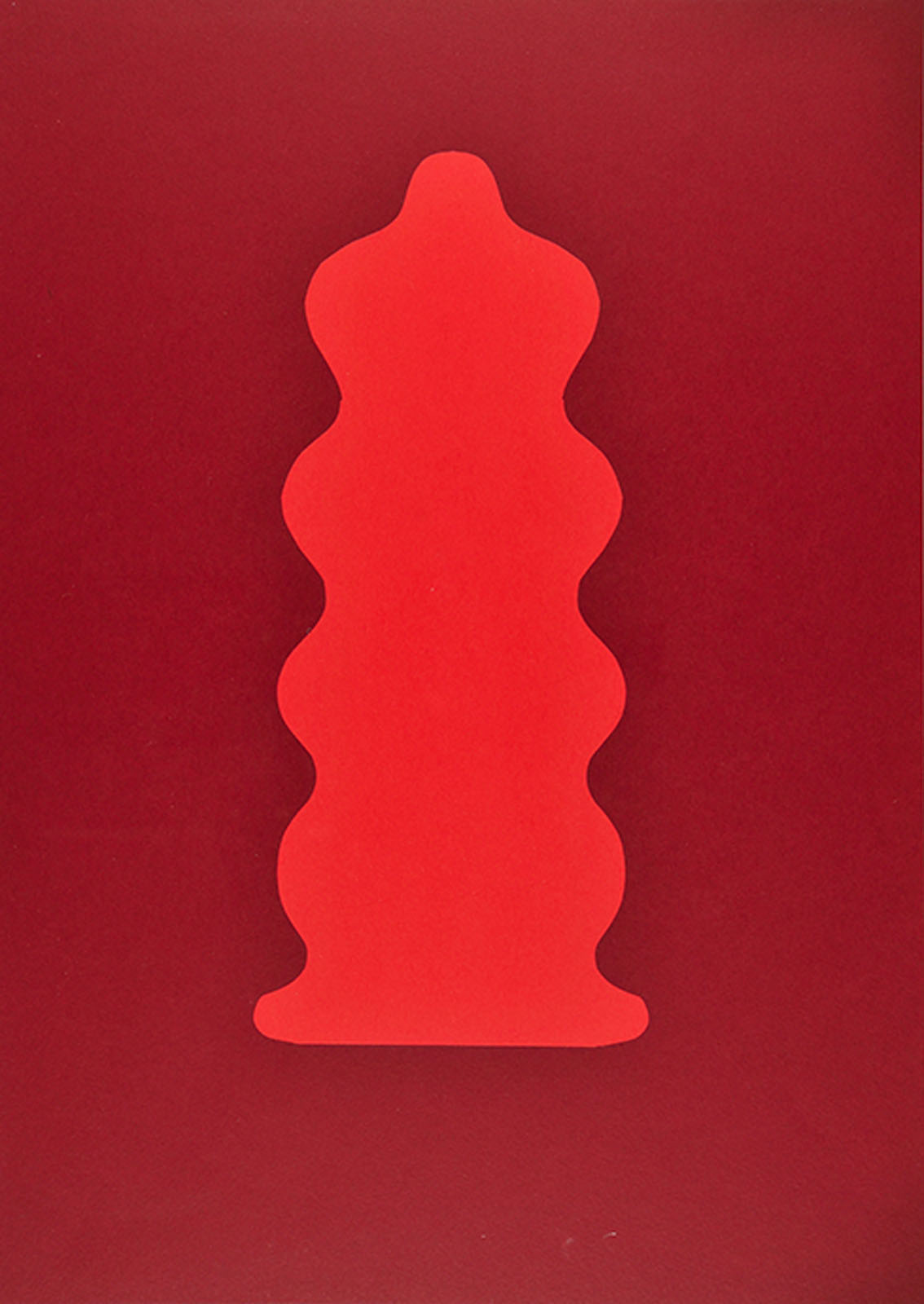