If the future of storytelling is immersion and direct experience, Daniel Zarewicz’s works beat what technology can offer hands down. They’re like taking ayahuasca while wearing a VR helmet – a frenetic trip leading to enlightenment, only without the vomiting.

I play in this funfair of colours and meanings, neurons tangled, electrical impulses surging through synapses, carving out new paths and connections, sparking and smoking the old, the established, the rigid. I can’t stop, because every subsequent show plays with my reward system, promising a higher dose of dopamine, the opening of a new path, advancement to the next level, even more sensations. 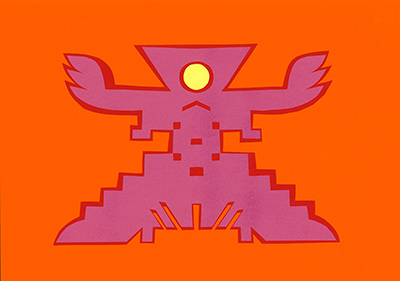 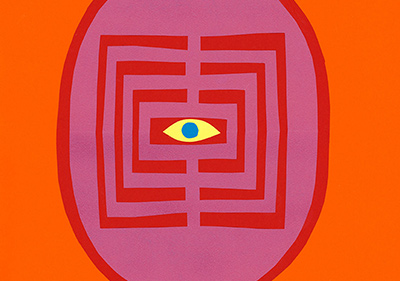 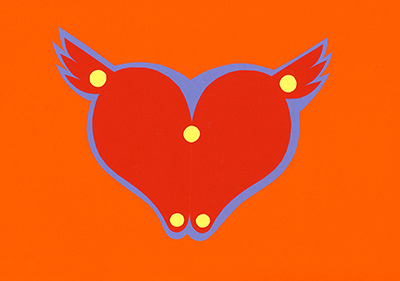 I look up close at what most of us hide in shame. Moments of regret and pettiness, heartrending despair, unsatisfied desires, the need for submission, acceptation, anger and vulgar fantasies. While we cover our intimate places with business cards, the names of designers, directors and writers, optimising the effort put into survival in a space densely packed by other members of society, Daniel Zarewicz gives us masks that don’t cover anything up. His masks, like the masks in a Greek theatre, show faces at the peak of emotions. They’re projection screens on which we show ourselves with obscene openness. The brakes are released. We can breathe and feel for a moment. 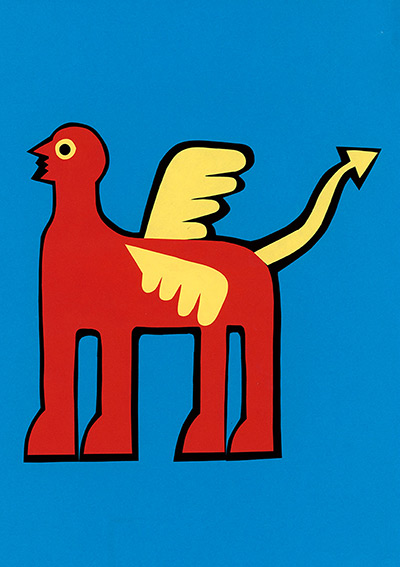 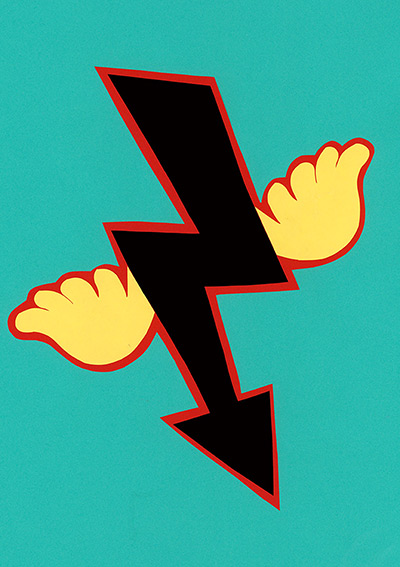 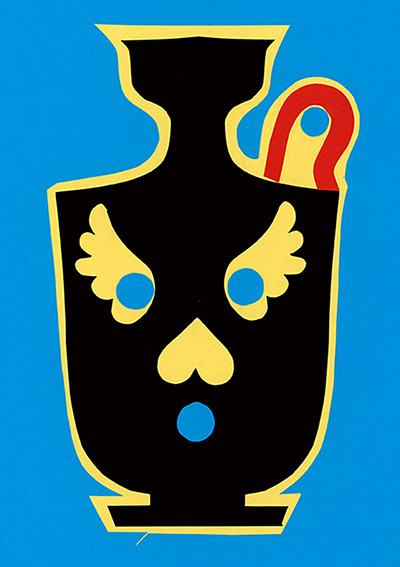 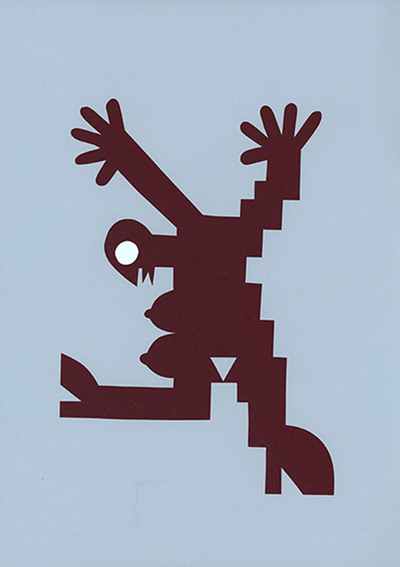 This peculiar catharsis is brought on not by intellectual analysis, but by an excess of experience. Daniel Zarewicz, an anthropologist specialising in Ancient Greek culture, draws on the mechanisms of Greek comedy, which served not so much to entertain but to bring relief from suffering. Distorting their causes, inflating them, belittling them, turning them inside out allows us to distance ourselves and heal through laughter. The world is only a story. Pinned down, preserved in childhood traumas like in formalin, we treat ourselves seriously, carefully cataloguing wrongs, secrets and mysteries. We arm ourselves like Korea for a war with the US, swearing to ourselves that we’ll show them yet, that we’ll never let anyone catch us, hurt us, kill us.

Zarewicz with his cut-outs is like the leader of a neighbourhood gang, exposing the ineffectiveness of our efforts, shooting a cardboard target with a slingshot. The technique, with roots in folk art, popularised by Henri Matisse, is most often used as a method of training children’s hands. Cutting paper is supposed to train muscles and fingers. Two-dimensional compositions, made up of simplified shapes, make it possible to formulate uncompromising messages. To stand out from the background. To clash with others. Sharp edges and angles must mutually tolerate arches and circles. There is no room here for nuances and subtlety. This is a search for organic shapes, derived from the need for formulation described by Andre Stern – a description of reality, visual notes, the original map of our immediate environment.

Distortions, duplications and deformations in a child’s first drawings do not result, Stern believes, from an awkwardness in depicting reality, but are the result of what is most important for the author, what is most intensely perceived. This ability fades when viewers (adults) try to impose their perspective on the author.

Daniel Zarewicz makes cut-outs like he never believed that the sky has to be on top, the sun goes in the corner, and good girls keep their legs together.

Here, penises have wings, birds have teeth, dolls have pussies, and vases have eyes. And even if he draws their shapes from ancient proportions, they are decorated not by heroes, but by colourful dots. The mythological hero is Batman, only in pink. A rocket is a minaret, and the pandemic COVID 19 series is a dance macabre without social distancing.

Looking at these works is not a vernissage with a glass of wine, but a wild Bacchanalia at a funfair. I intend to get drunk on them, to get sloshed, tanked. And to feel that untamed vitality that pulses in us when we sit on the steps just before sunrise, staring at the raised water level and the yellow foam on the Vistula. 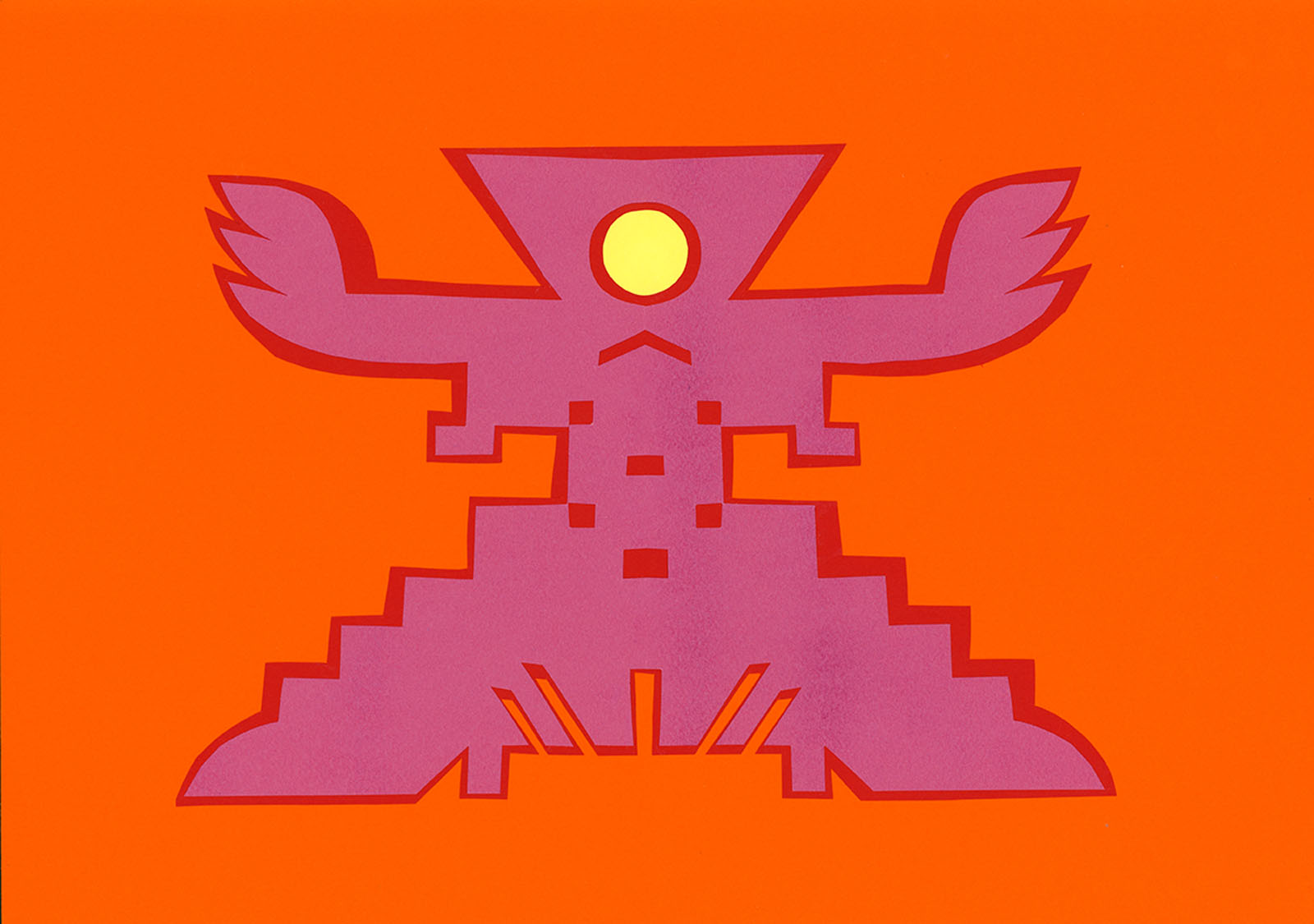 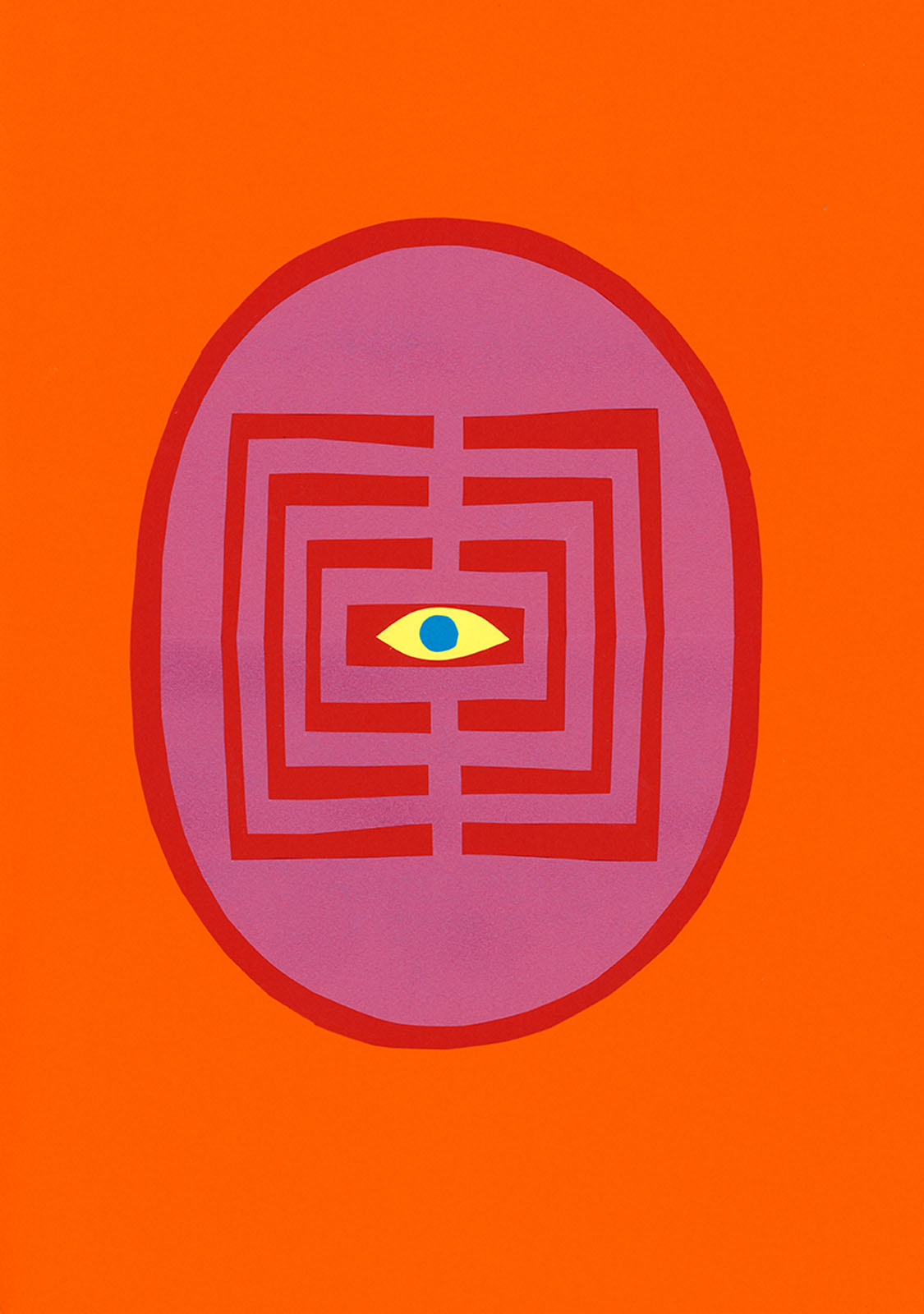 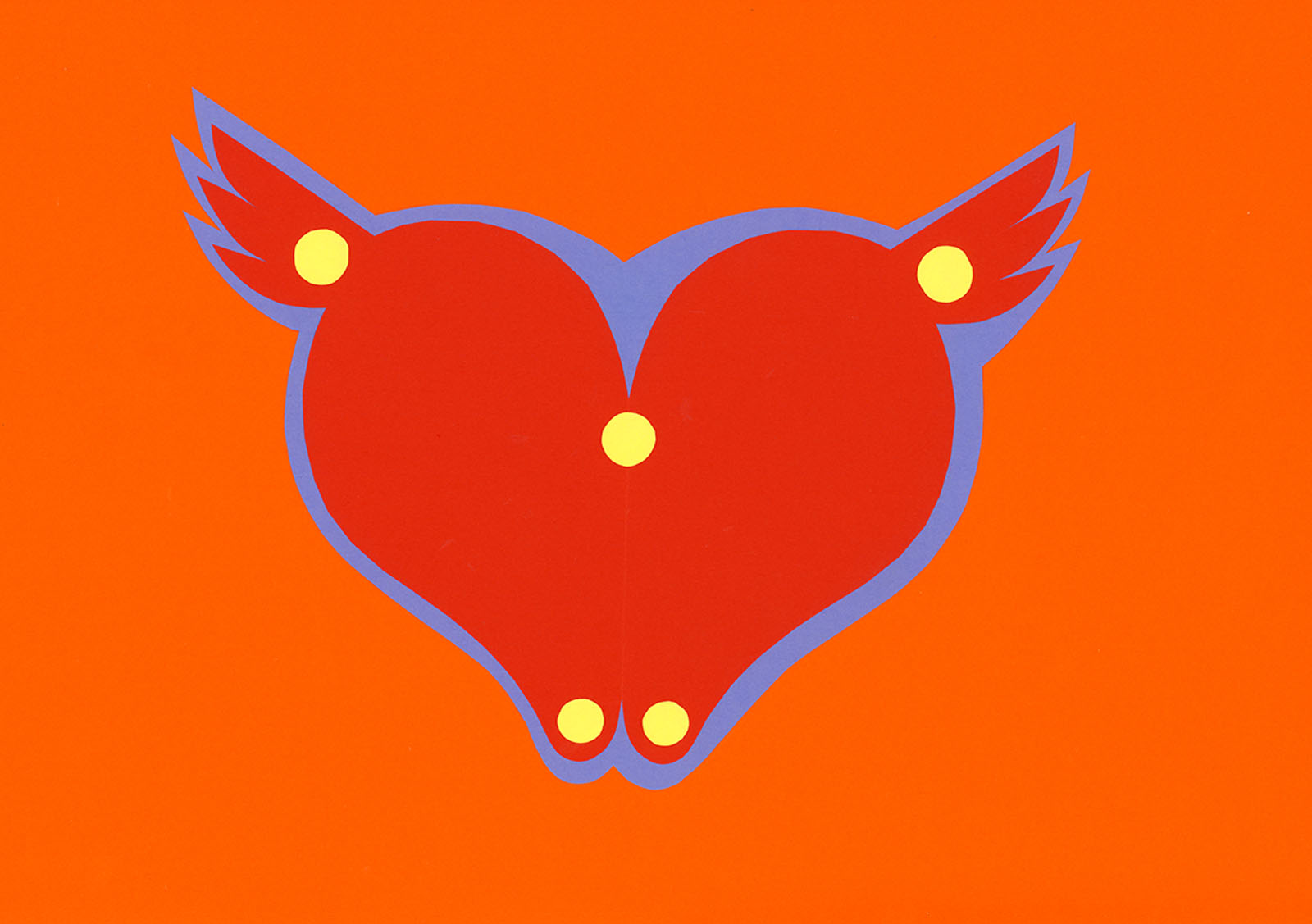 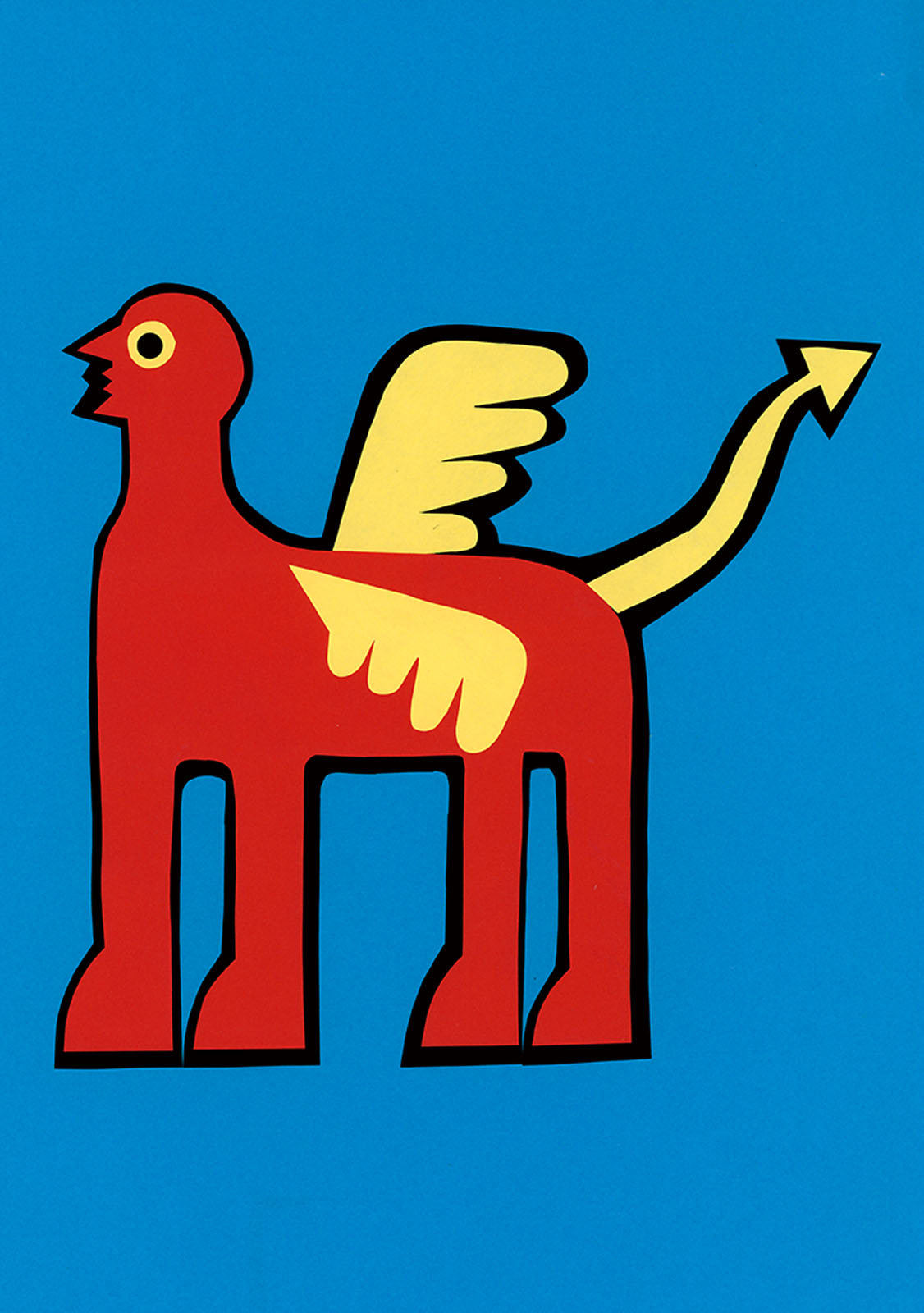 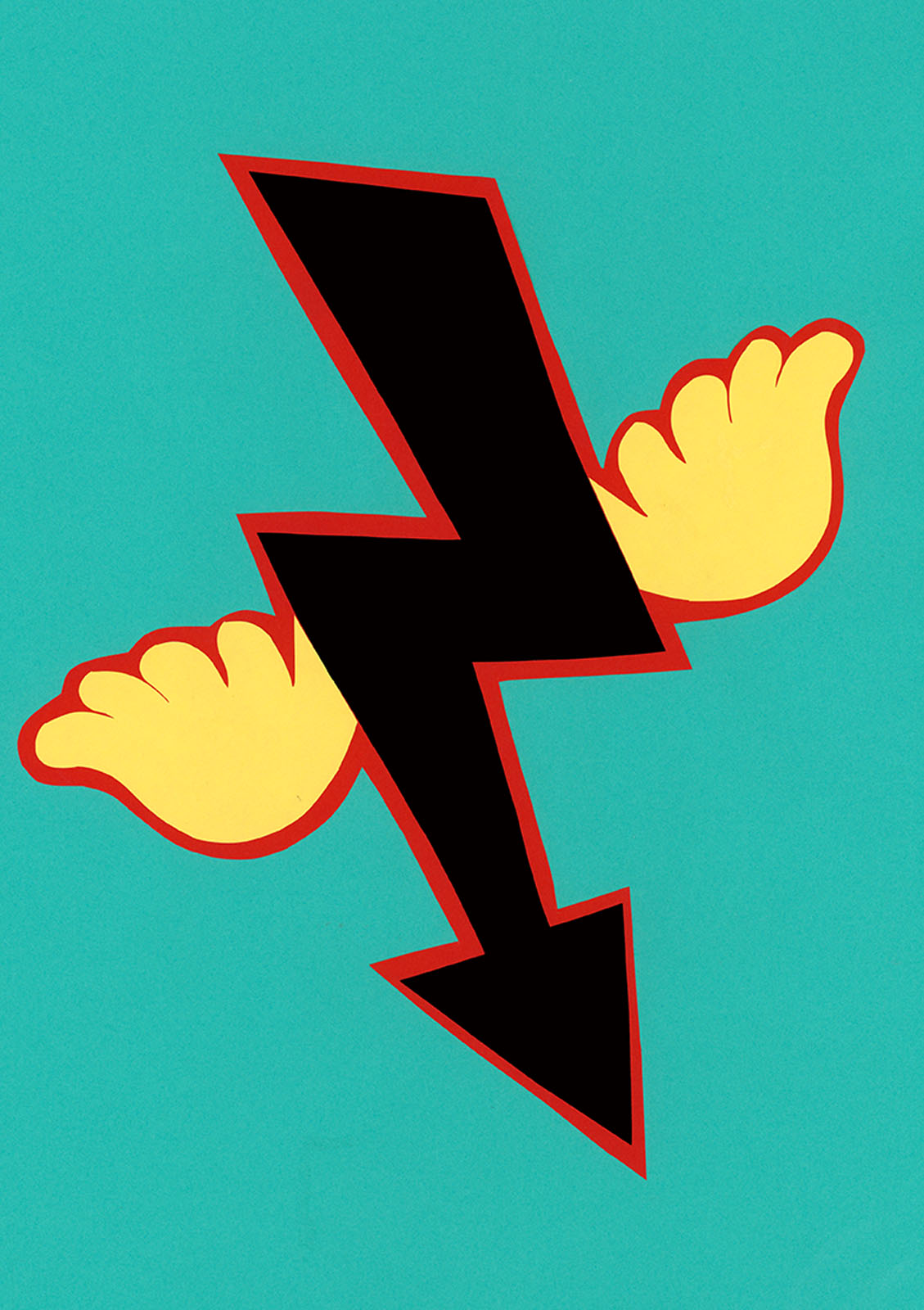 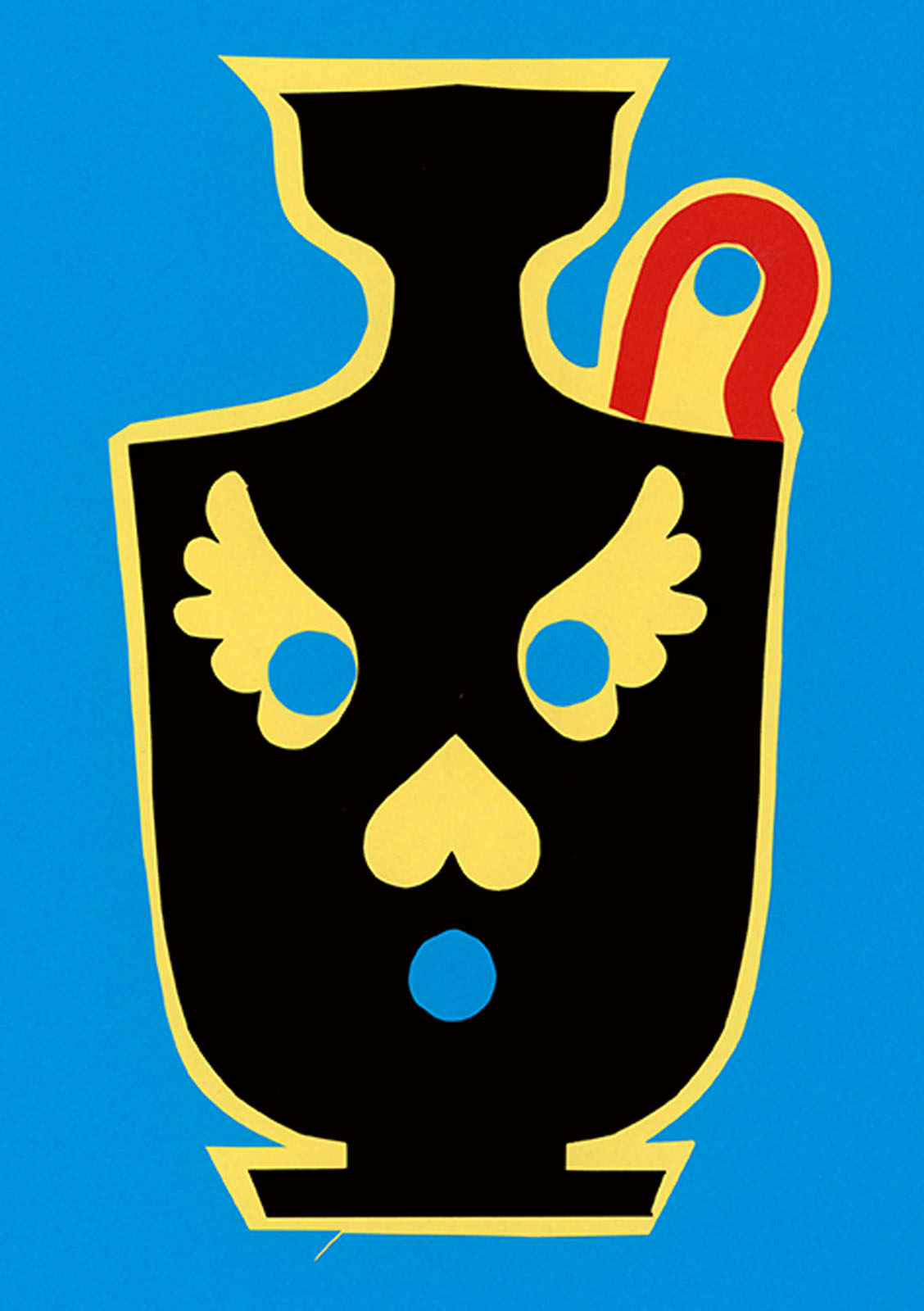 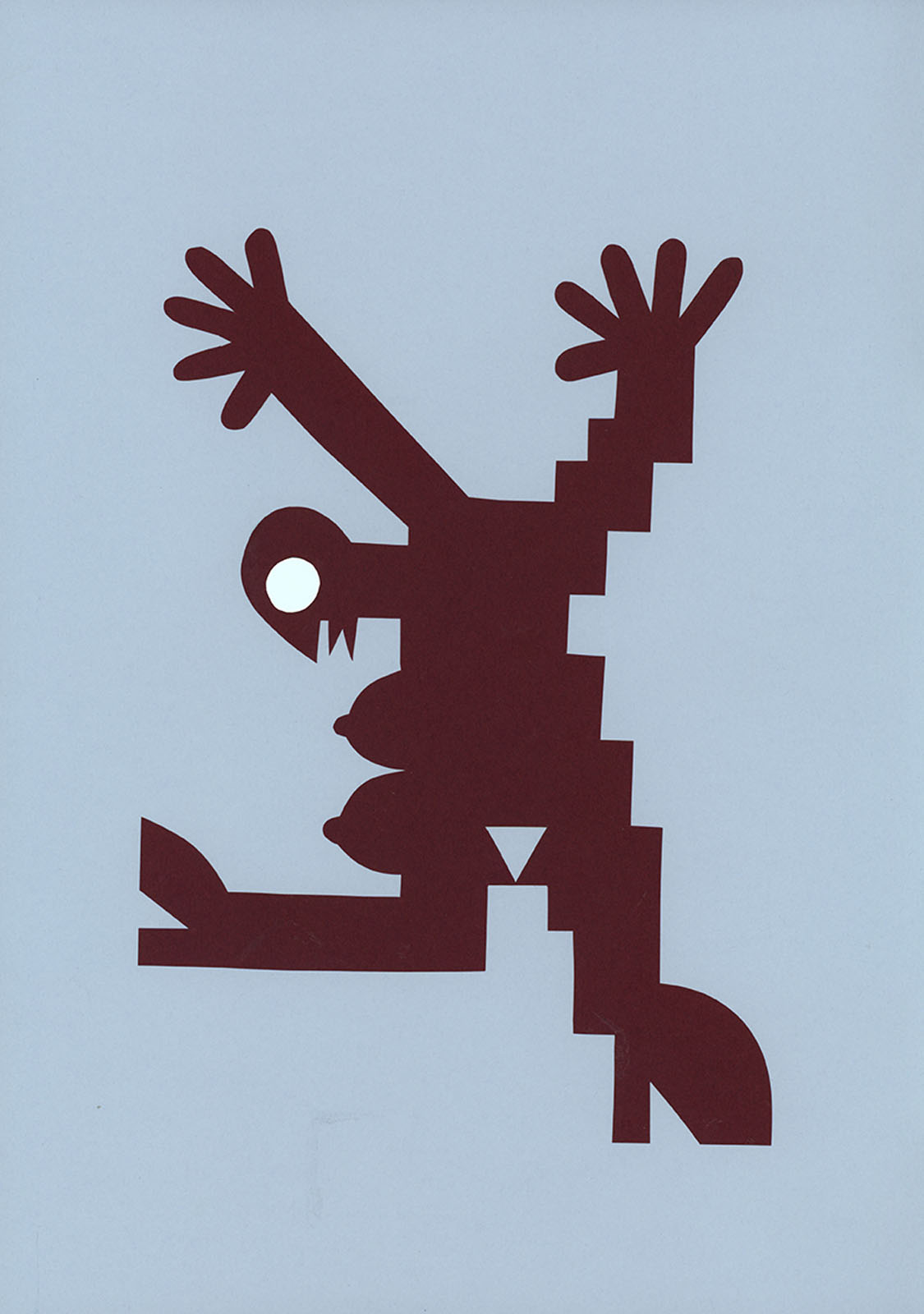