I have a deep respect for gravity

So, you don’t seem to be very glad we’re going to talk...

In fact, I am not. I don’t like people write about me. My skin begins to crawl as I see all the things I said written in black and white.

OK, then you tell me what kind of questions you want to hear.

What is painting a picture to you?

It’s like singing a ballad. Something natural that flows freely from the inside. It’s building a character and all the circumstances in which it exists. And not just strict circumstances like a room, an interior or a harbour. Also invisible things like a mood.

What are your favourite things to paint?

What about Saint Francis?

He was born independently. Well, I am not a religious man yet the story behind this painting is really a peculiar one. I left it run dry close to my window soon after I finished it. Then I came close and what did I see? It’s unbelievable! There was a feather that grew up on a wing of one of the birds sitting on the shoulders of the Saint. A real, white bird’s feather.

I guess it must have stuck to the paint as the picture stood in the window.

You know, I don’t believe in such miracles. The fact one wakes up in a morning is a miracle to me. Anything you can see all around is a miracle. There are these moments you go into raptures over the world, perhaps it at that time...

Kokoryn a mystic! How strange. But look, any thing you paint is so literally present, so tangible.

Yes, that’s because I have a deep respect for gravity. For the very density of existence and for the reality. Things that are light are meant to be up there and things that are weighty are meant to be down there. In my pictures nothing flies around. People stand on the ground like all the good men and the image is closed with a horizon line.

And everything seems so solemn.

Yes it is since I like it this way. I like solemnity, I have always admired pompousness in Fellini’s films. If you see a ship there it’s a real ship. You see a woman and it’s a real woman. Everything as real as one should like. I think there is something similar in some of the childhood’s memories - a similar kind of mood. Like family feasts. „Now a Dad, a very solemn person at that time, is going to show this and that”. The father big and self-important, the children so small as they look at him in awe. Or „A solemn entrance of the Uncle”. That’s the kind of a mood I love.

How can you communicate this, by what means?

By the form. Look, it’s like in the paintings by Piero della Francesca. What you see there is a sound, smart figuration, almost a sculpture-like and that is the means to represent beings that seem so condensed. Of course, you need an exquisite draughtsmanship to reach it. No way if you don’t get it.

So we have Piero. Who else do you admire?

Well, a lot of them. Seurat, to name one. I remember sitting for half a day in front of his Afternoon on the Grande Jatte. Beside the smart form, you have the impression of a snap-shot. Like a single frame of a halted film - all the figures caught as still as statues.

What about Nikifor whose picture you have in your workshop?

He was such a great painter. What strikes me the most in his paintings is an unparalleled poignancy of the artist-creator. You see, he was a man of the East, of a culture close to Byzantium. A culture where everything is bound by canons and any single being has no meaning compared to their significance. Hence all the gravity, all the unction in his painting. Rather than just painting the pictures, he truly lived with them. Any tiny piece of his work is a festivity.

There are no longer such festivities these days. Artists don’t want to paint pictures today. Some of them say they will only make installations from now on.

Installations? Who cares for that stuff?

You can hear people say they are more clear and open than a painting.

What about a picture? Is this not a show?

It’s a wholly different thing. When I paint a picture I share some things with people who look at it. I invite them to some kind of a world. My picture is a promise that a man who looks at it will experience something, will take from that. Things that have to be pleasureable like sitting in a comfortable armchair. Things that are meant to last long.

Have you ever seen your picture in people’s homes?

Yes I have. There were these people from Wilanów asking me to sign my picture for them so I went there. I came in a room and saw it in the central place of the house, hanging over a fireplace. It became clear to me that the picture was celebrated by them. I was very embarrassed.

Well, you can always hide your picture in a cupboard, but what about the animated cartoons that you have been making for the mass audience?

You know, I also think I still haven’t made the one I could call the best. While watching the old ones now I still keep thinking of what could have been done better.

What do you think about the one that has been awarded a prize recently?

That was a videoclip for a song by the band Voo Voo. It wasn’t really a prize I have got, it was an award for the best animation in a Polish videoclip. Having to illustrate music I was faced with a challenge that was new to me. I kind of translated a distinct beat of the song into the language of definite signs. A thick line, all clear and strong. No vague expressions. I think it worked well.

Are your films similar to your painting?

After all, they were made by the same Kokoryn so I think they are. Anyone who knows my painting can recognize my films as mine and the other way round.

Have you got a picture you would never give or sell to anyone? At no price?

No, there is not such a picture. Generally, I don’t become attached to things, not even to my paintings. Maybe it’s because I’m a nomad like my Tartar ancestors. 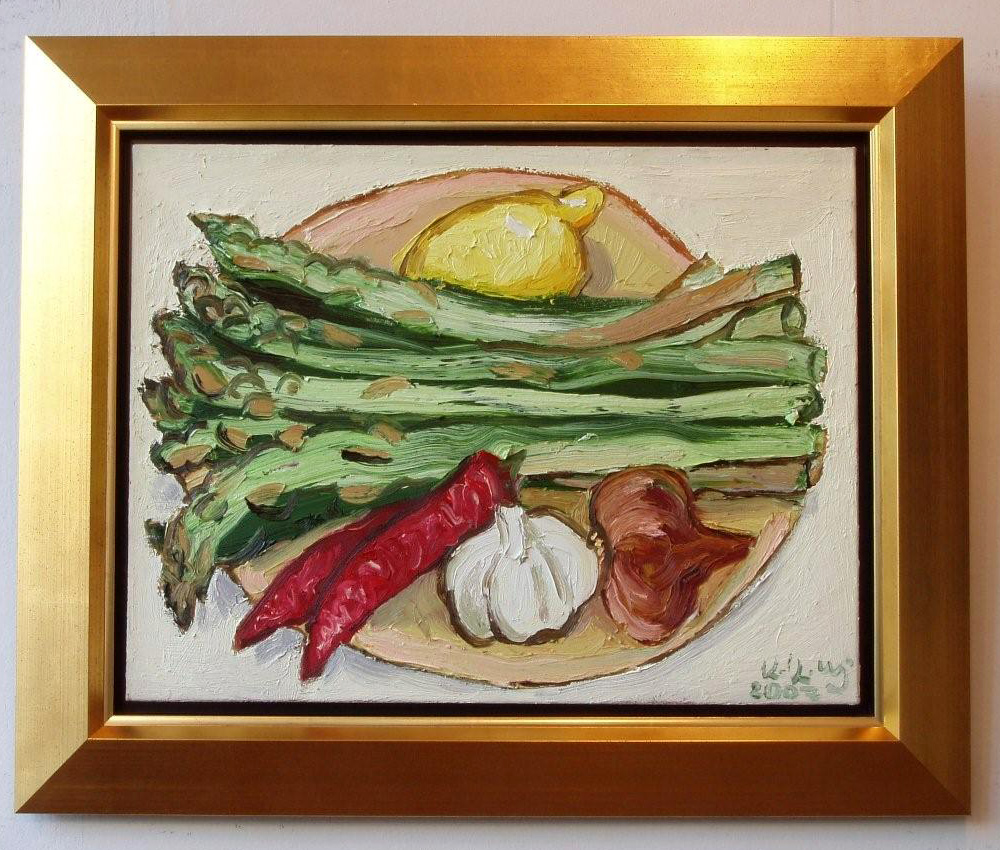 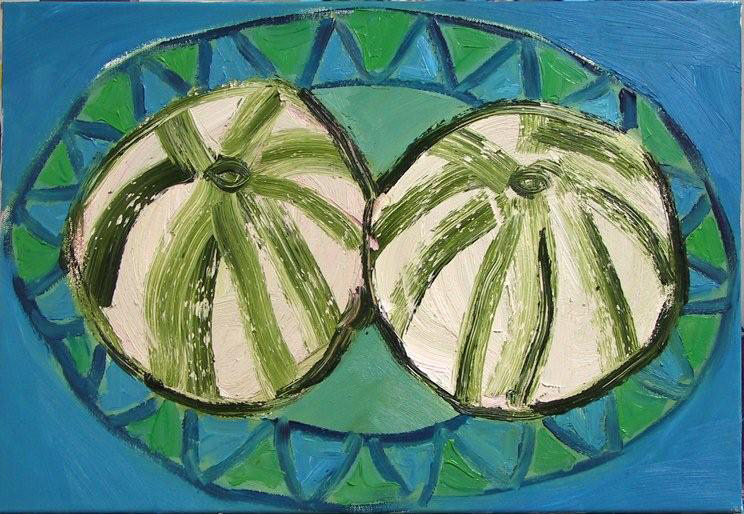 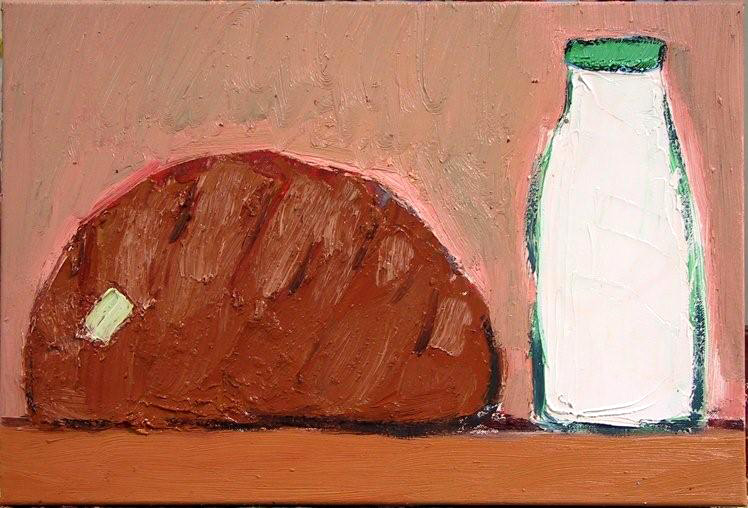 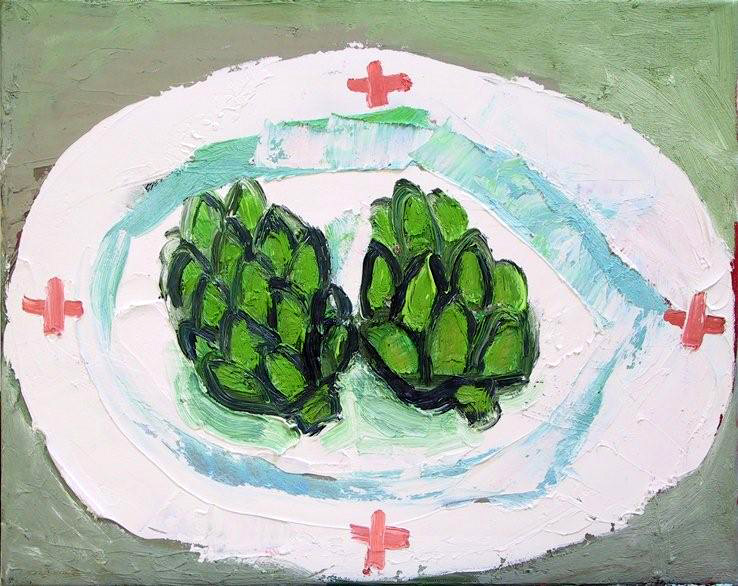 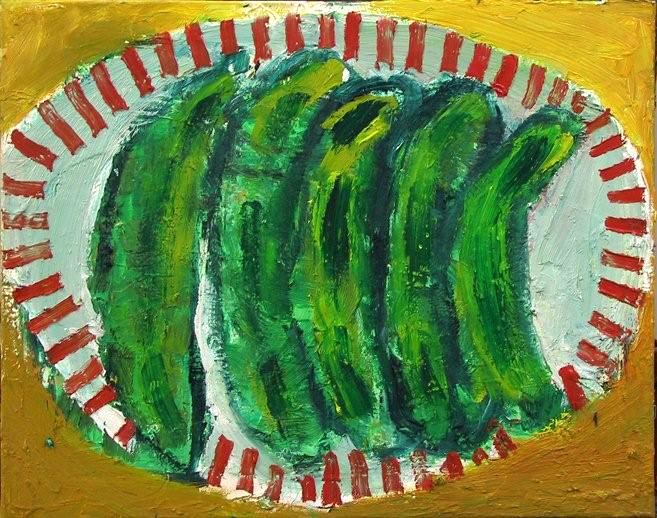