Krzysztof Kokoryn’s manners are that of an anarchist. Yuppies from all over Europe are crazy about his paintings, indeed, but to be invited by any of them to a chic dinner - he wouldn’t accept such kind of things. He’d reject it in favour of a glass of beer in a cheap pub in a company of the Academy students and friends - the maudits, misunderstood by the middle class. 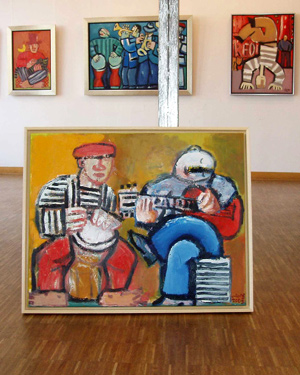 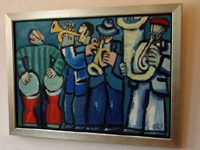 Although he could easily afford a travel around the world or a stay in luxury hotels, he’d rather feel good travelling in a dirty coach, staying overnight at random places. He’d rather ramble on with a couple of friends - where? - „just where we’re heading to”. He’d pad the streets and bars in Barcelona, tramp through villages along the hills in Italy, through vineyards in Hungary or in a London harbour. It’s there that he finds his characters: boys rapping in the streets, pin-up girls around tables in a bar where a clochard-like bard drinks cheap wine.

Kokoryn makes me think of those British painters looking for a picturesque poverty in the 18th Century Italy. But he hates to be elegant, he could never accept the routine behind their craft, nor would he stand listening to marchands’ instructions or consult the established customers’ pleasure. Kokoryn will choose to stay within the margin of the anarchist freedom; he would never join the grand feast of wealth that wallows across the world.

There is, however, something inconsistent in his dissent to the civilisation of gorge and boredom. Fortunately so, since that’s why works that come from his workshop are more than charming - they are simply good paintings. Painted well and honestly. If some of them require months of work before they are finished, he’d spend months over them. He would do that in order to bring their sketch, their colour and facture treatment to perfection. In order to be sure they are as good as in the paintings by Rouault and Cybis, Velazquez and Picasso. It’s in front of their works that he spends days and days in European museums. They are his masters. 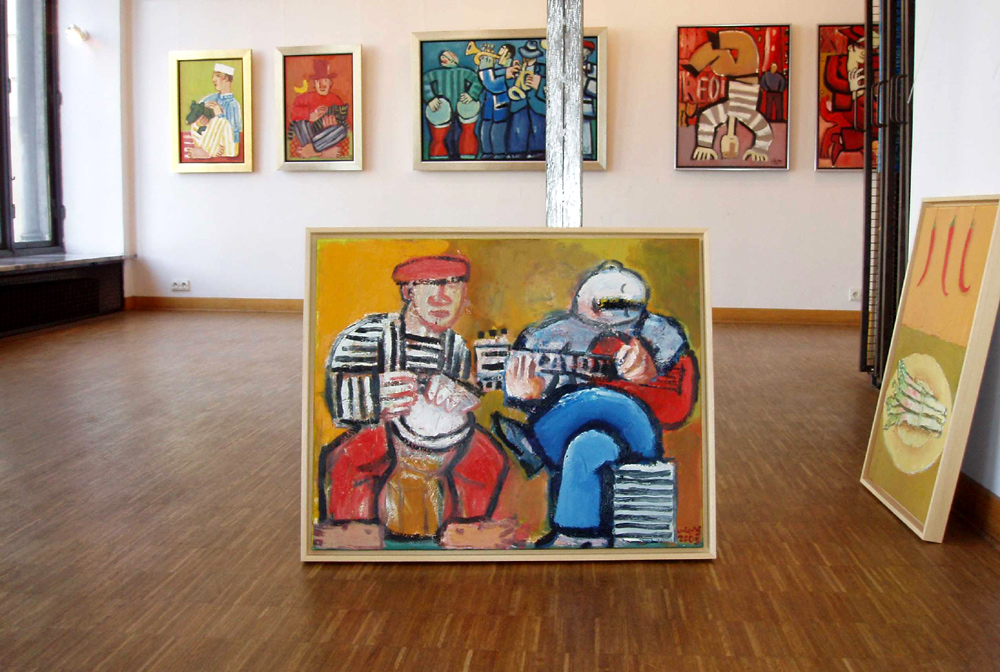 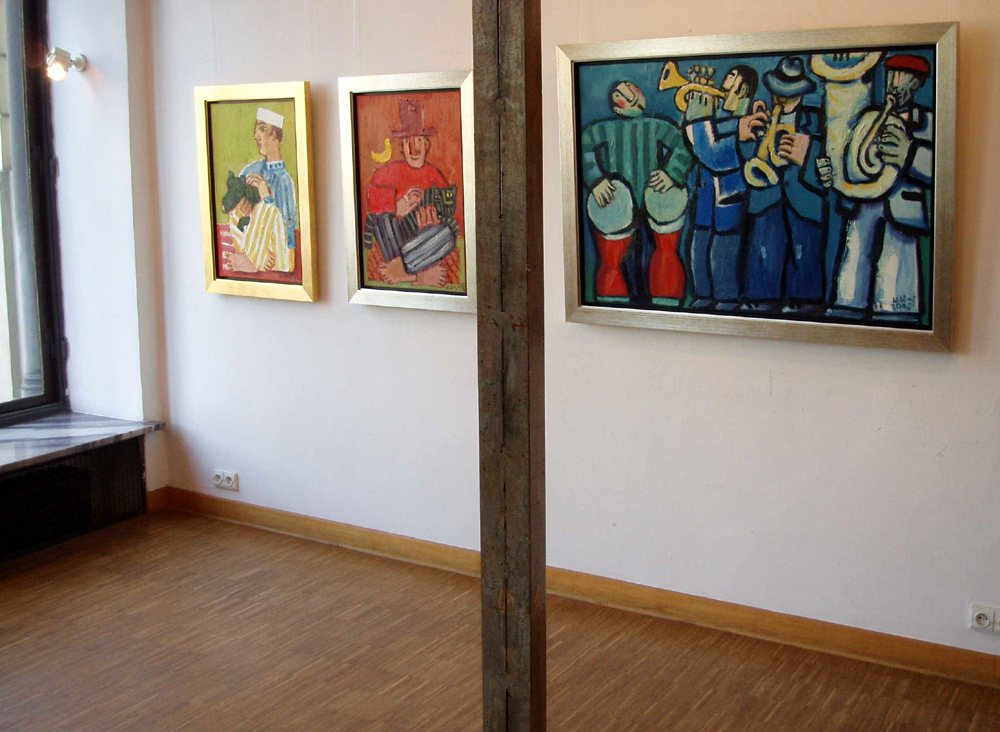 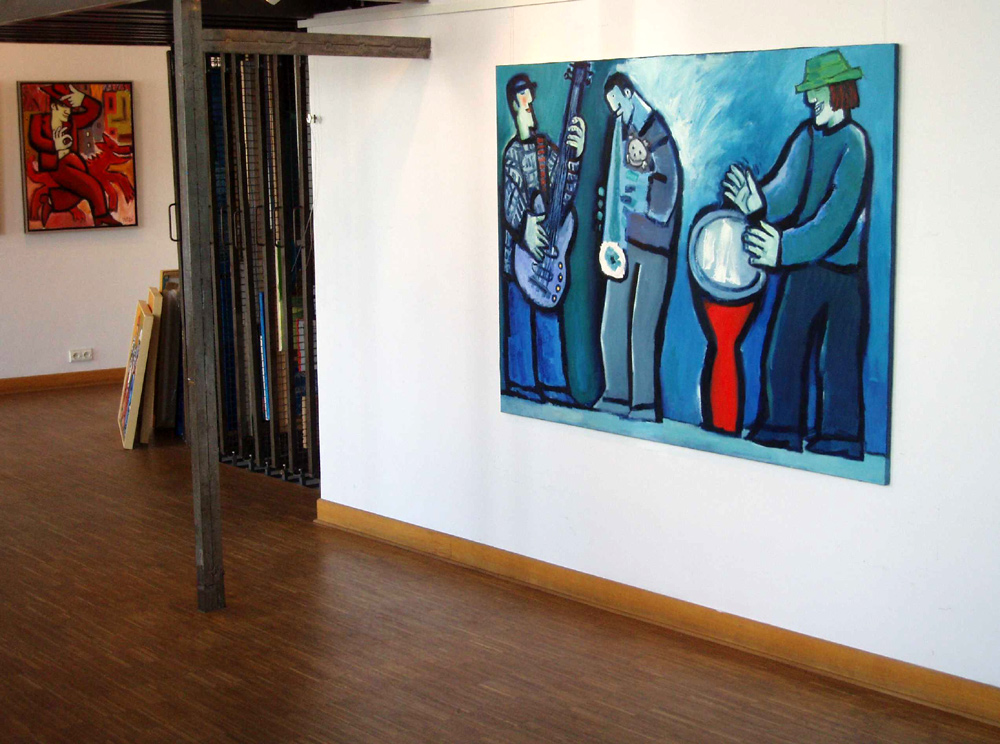 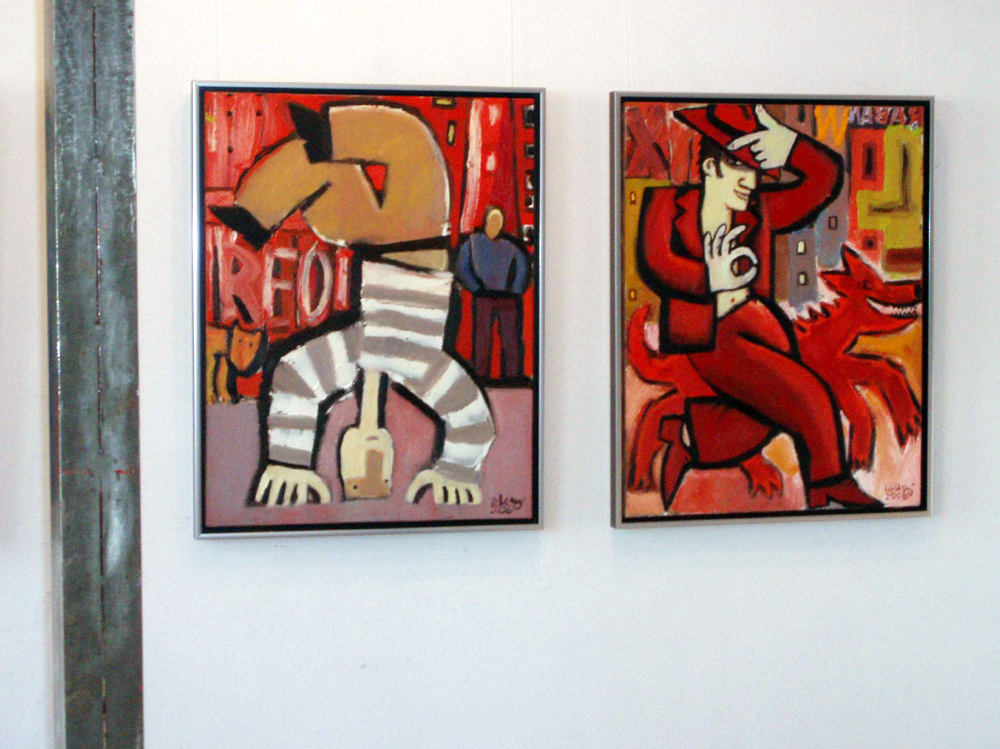 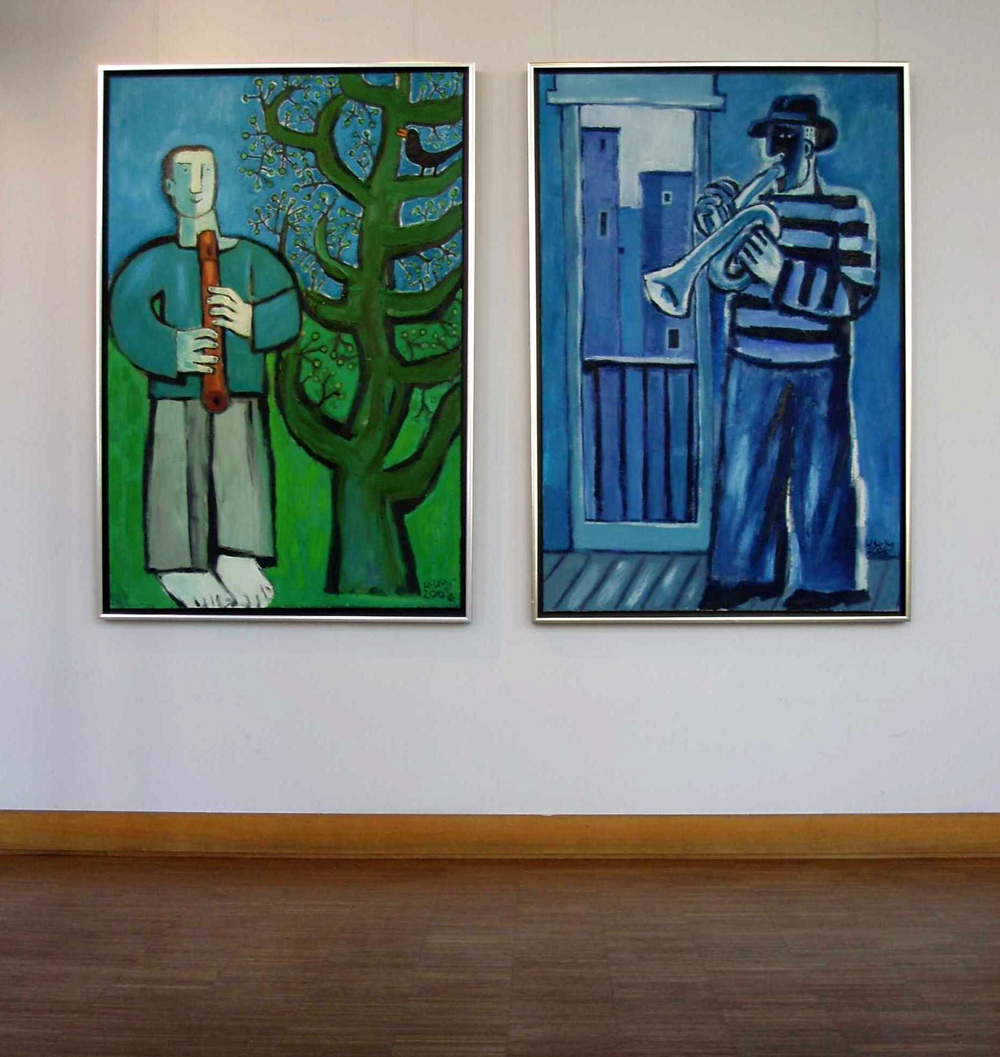