White canvass, smooth and stretched. Some colourful geometric shapes against the whiteness. Occasionally, the rigorous geometry is soothed by more biomorphic forms – such as orderly sea waves, a colourful multiplied shadow of a four-leaf clover. Yet, even the crude geometric shapes play subtly, gently transforming from one into another, overlapping and intermingling. Half tones, half shades, half obviousness. 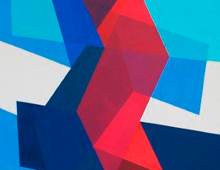 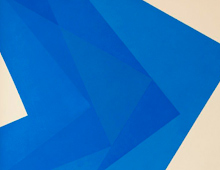 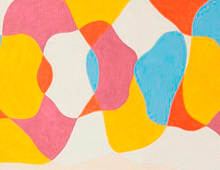 By means of these several colourful shapes against the white background, Joanna Stańko puts the world in order, tames the chaos of experiences and emotions and expresses her delight at the beauty of the world. The surface goes back to life in the infinity of space, when the whole cosmos is closed within the borders of objectless compositions.

‘In the vast and impetuous scale of planetary systems,’ wrote Kazimierz Malewicz, ‘there occurred a dispersion, the secretion of some states which developed their own individual life, creating a whole system of universes and bonding in order to ensure their existence by preventing a disaster.’ In Stańko’s paintings intellectualism and intuition become united – purposefully and beautifully. It’s harmony that matters – the harmony of composition results in the artist’s and audience’s inner harmony. Or, in other words, the harmony of composition, just like a mirror, reflects the artist’s and the audience’s mood. Joanna Stańko’s art seems to be created in the spirit of the artist’s favourite yoga: breathe in, breathe out, concentration, a momentary dispersion. Harmony, balance. A state of matter. A white and colourful background, abstract shapes. Just enough and yet so much.

In 1922, the abovementioned Kazimierz Malewicz entitled his philosophical treatise ‘Suprematism. The Non-Objective World, or Infinite Calmness’, where he claimed that non-objectivity is a cosmic and natural state. The white is ‘a space infinity’. It is the white where the shapes get dispersed. ‘A square equals a feeling,’ he wrote, ‘the white background equals nothingness’.

Joanna Stańko slowly and gradually reached the state of such whiteness and geometric simplicity. In time, her rich and colourful compositions – full of flowers and people populating the whole surfaces of canvasses – were reduced in favour of more laconic means of expression. Laconic does not mean scant. The artist can play with nuances, colours and whiteness. Even her most laconic composition has its rhythm, dynamics and breath. The aesthetics of her previous mandorla has been substituted by the simplicity and suggestibility of an objectless composition, equally philosophical in its expression and feeling, and a colourful geometric shape against the white background. Strong, saturated colours – red, yellow, blue – give the painting energy and dynamism.

The decorative, modernly crude, designer-like paintings by Joanna Stańko have the rich and complex depth of the artist’s emotions and observations. 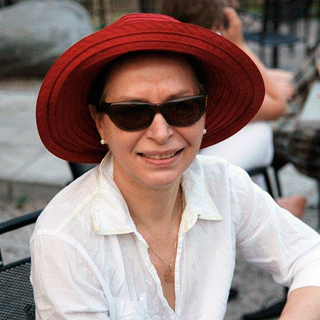 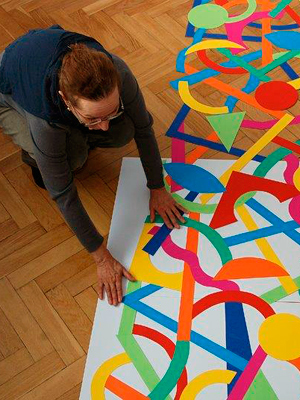