It was a year ago that Darek Pala first put up his easel in front of his aquarium. Instead of going on an exotic trip or just diving into the nearby ocean, he set up a home aquarium and started painting what he saw in it. 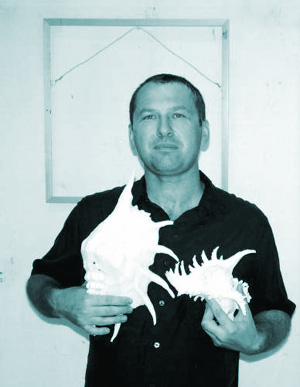 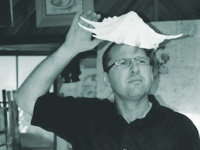 What made Darek interested in aquaria? He treated them as laboratories of colour. The microcosm enclosed in a glass box provided him with colouristic stimuli for several months of work. Each of the Aquaria presents a fascinating record of huge artistic effort, of relentless colouristic analysis.

Obviously, Darek is a good student of his Cracow professors. But first and foremost he is himself. He does not make things easy for his fans. He draws them into the land of pure colour and abstraction. From painting to painting he elaborates his ever more sophisticated colour games. He’s in constant motion, constant change: that’s Pala.