Beauty Forced Itself In

First of all – color. For Darek Pala, this is a priority, a starting point in his thinking about a painting and his painting method. The form and style of his works keep changing – shifting from comical scenes to the simplicity of singular motifs, from a multiplicity of ornaments to synthesis, from elaborate fiction to focus, even to the contemplation of still nature. One thing remains constant: the decisive of role of color.

Despite these changes and quests, Pala has his own style, recognizable for years now by both young people and seasoned art collectors. On the one hand, he is a painter who is very clearly established in a particular culture, in the trend of Cracovian colorism (studying at the local Academy of the Fine Arts is a must), while on the other hand, he has transformed the teachings of his professors into his own style.

He has connected Capist painting traditions with the arts and crafts movement as well as Wojtkiewicz-type nostalgia. This did not prevent him from painting risqué images from Warsaw’s club scene of the 1990’s which earned him great popularity. Flexible lines and strong color. These paintings are crowded with figures, objects, ornaments (trails, zigzags). They resemble a breath of optimism and a promise of a carefree state, for as Pala has himself stated in the title of one of his paintings: “Beauty forced itself in”.

Much like a seasoned narrator, he has used canvas to tell stories of angry young stock traders, businessmen, and gangsters, as well coffeehouse evenings and landing in bed. Funny titles such as “Nervous Suburban Coffee”, “Pager Madness”, or “Classic Mistake” constituted amusing commentary on the paintings. Pala has shown himself to be a keen observer of social life and human relationships. His paintings amount to a portrait of a predatory decade.

Their layer of fiction has been toned down over time. Descriptiveness gives way to conciseness. Tales and stories are replaced by humble, still nature or an anecdote-free portrait. Pala notices the beauty of a single vase on a uniform background. In the “Towels” series, he describes flatness and decorativeness of a painting using striped, colored bath towels. In “Aquariums”, he goes even farther – he experiments with a colored patch and light reflected from the thick texture of paint, brings the motif close to abstraction, and dematerializes the object.

Regardless of the motif, Pala builds his compositions using strong juxtapositions of pure colors. The world shown on canvas only appears to be real. The painting and the motif exist only in an artistic sense – in the system of sets of colors. Here, color is always a separate and exclusive creator of space. Every painting by Darek Pala is “a small world that must be self-sufficient” and proof that a painting can be created for the sensual pleasure of looking.

“Painting is not dead – writes Adam Myjak – despite the fact that many fanatical critics and avant-garde creators of the past and present have been proclaiming it. In today’s glut of senseless actions, full of babble, aggression and degeneration, it is the fundamental ideas carried forth by painting that are for many often the only source of hope and faith in the purpose of art. At moments, when we are tired by so-called modernity, a desire is born in us to return to the painting, its form and color, in order to immerse ourselves in its world.” 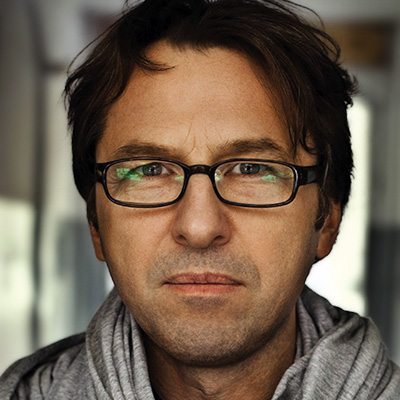 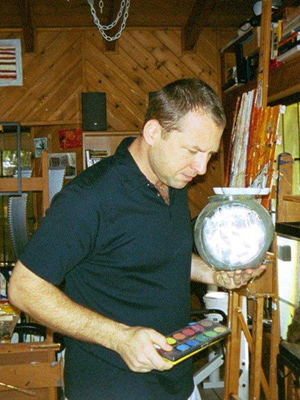