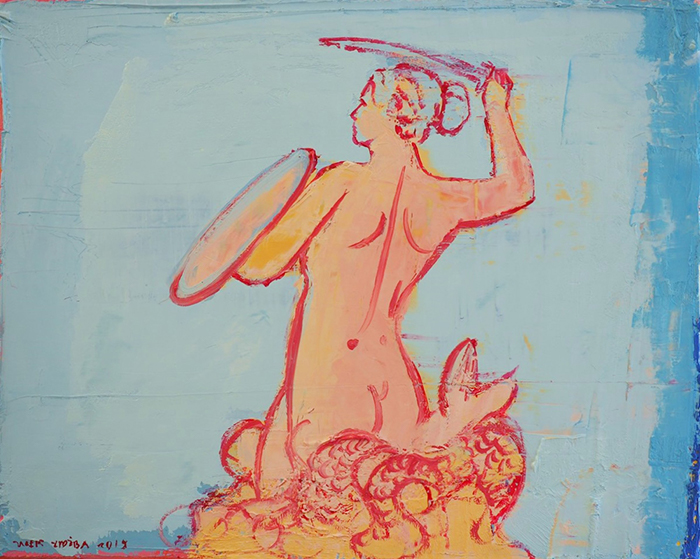 That is why to you, O Warsaw,
I carry a less-gilded book today;
Touch it with your bloodied hand,
Not you, girl, not you, matron!
The deceitful mermaid is your crest,
But I have sailed the oceans
And remembered your face,
Like you, lonely, forgotten...

You were seduced by the mermaid.

She lured them with singing and led them to their doom.

A sweet doom. You can lose yourself in the deceptive beauty of a mermaid, in her magic of femininity. Think of Carl Jacobsen, son of the founder of the Carlsberg brewery, who, after seeing the Little Mermaid ballet in 1909, fell in love with her so much that he founded a monument to her. 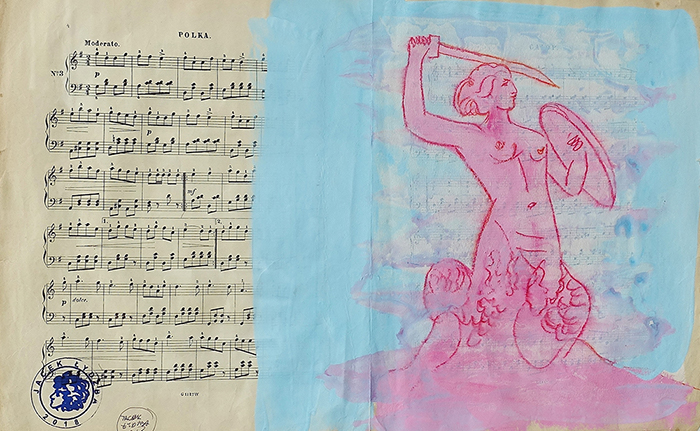 But the Copenhagen Mermaid doesn’t do it for you.  If a mermaid, then only the one in Warsaw?

The one and only! It’s a symbol of Warsaw. It’s in the coat of arms, in the hearts and the heads of Varsovians and not only them. She is beautiful, strong and proud. And the Copenhagen Mermaid isn’t like that. She seems to be guarding the city, but she has no power, so her monument often falls victim to vandals. They’ve cut her head and her arm off, they’ve painted her face red, and covered her breasts with a bra. She doesn’t have a sword, she’s defenceless.

That’s because this is the Little Mermaid, the heroine of Hans Christian Andersen’s story. And the Warsaw mermaid is strong and dangerous.

You love the Mermaid of Warsaw. Especially the one in the Old Town Market Square.

In fact, I only recently took a closer look at her, and I was immediately absorbed. I love Warsaw, it’s my city. I painted its landscapes, churches and theatres, architectural details, the sculptures from the Saxon Garden, the Virgin Mary at St Anne’s Church.  A year ago, while walking around the Old Town Square, I walked around the fountain with the mermaid several times. My father is a sculptor, so I’ve developed a habit of looking at sculptures from all sides. Konstanty Hegel’s mermaid is excellent, with good, balanced proportions. And she’s a beautiful girl - with nice breasts and a brilliant bottom. It’s wonderful that the tail starts under the buttocks.

She’s a Melusine, emerging from the foaming waves.

She can swim, she can dive. She’s strong, she has a weapon. And she carries a secret that every man would like to discover.

Other Warsaw mermaids don’t delight you so much that you’d want to paint them. Is Ludwika Nitschowa’s mermaid too majestic?

She seems too bulky, not very feminine. It’s strange, because the model was strikingly beautiful. 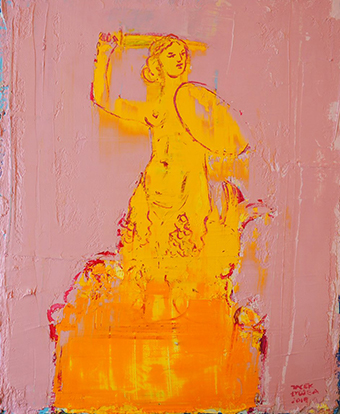 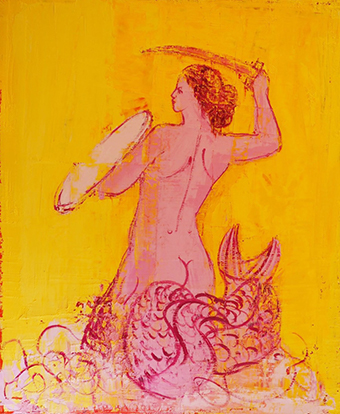 In 1937, Nitschowa’s model was a beautiful ethnography student and poet, Krystyna Krahelska. This is how the artist remembered her: “The face of the Mermaid of Warsaw I carved is Krystyna’s face, monumentalised, so that it wouldn’t be so easy to recognise Krysia walking in the streets, which might have embarrassed her.Because she walked the streets of Warsaw, tall and straight, shining with a smile of inner youthful joy and strength, ready for everything that was fair, just and beautiful.” Krystyna wrote the lyrics to the song “Hey, boys, bayonets on guns”. During the Warsaw Uprising, she was a nurse She was shot while rescuing a friend. She died on the 2nd of August.

Even mermaids die young. Krahelska’s story, connected with the Mermaid monument she posed for, is a symbol of the history of Warsaw. That’s what attracts me to the mermaid - this mixture of strength, determination and deeply hidden fragility and tragedy. 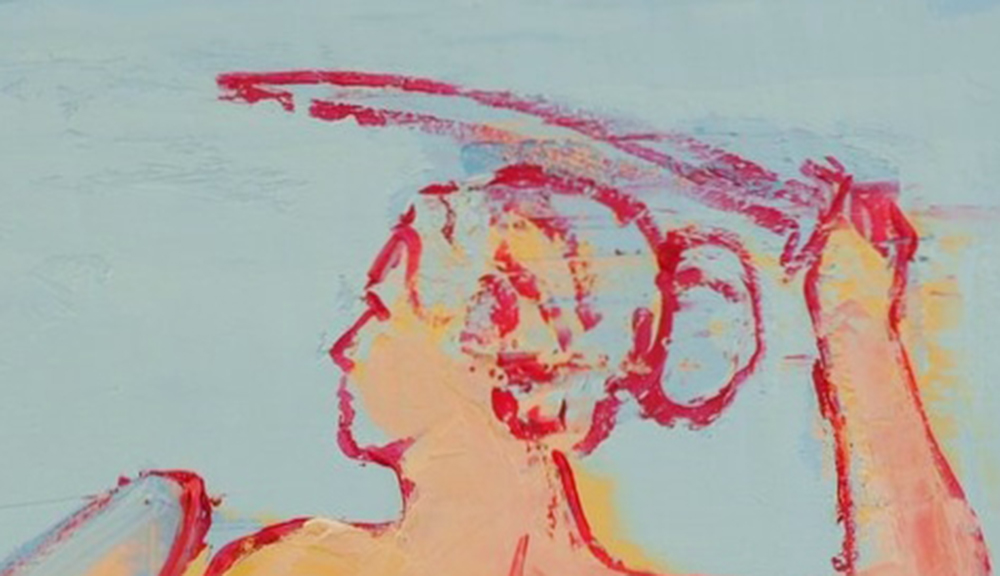 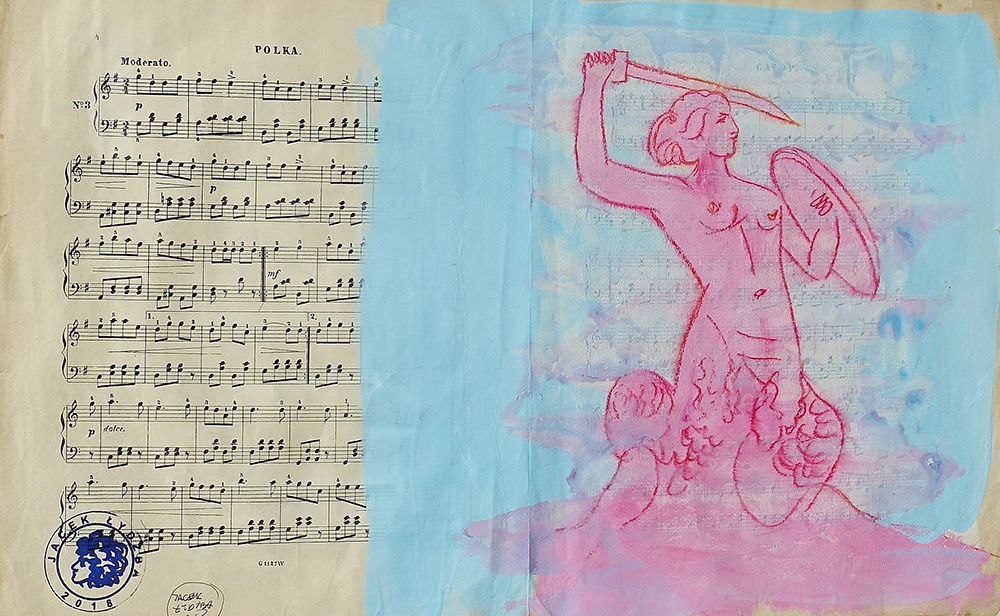 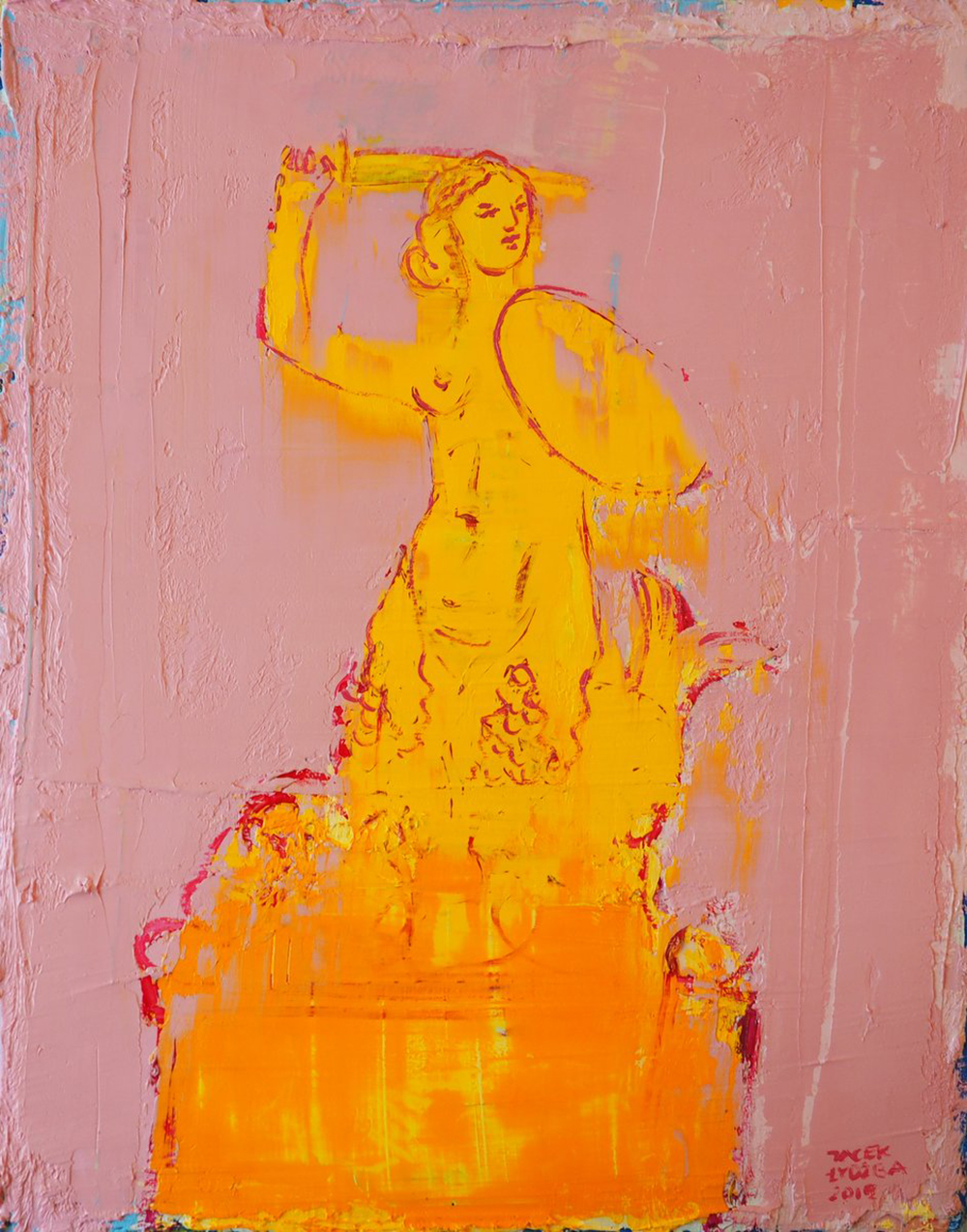 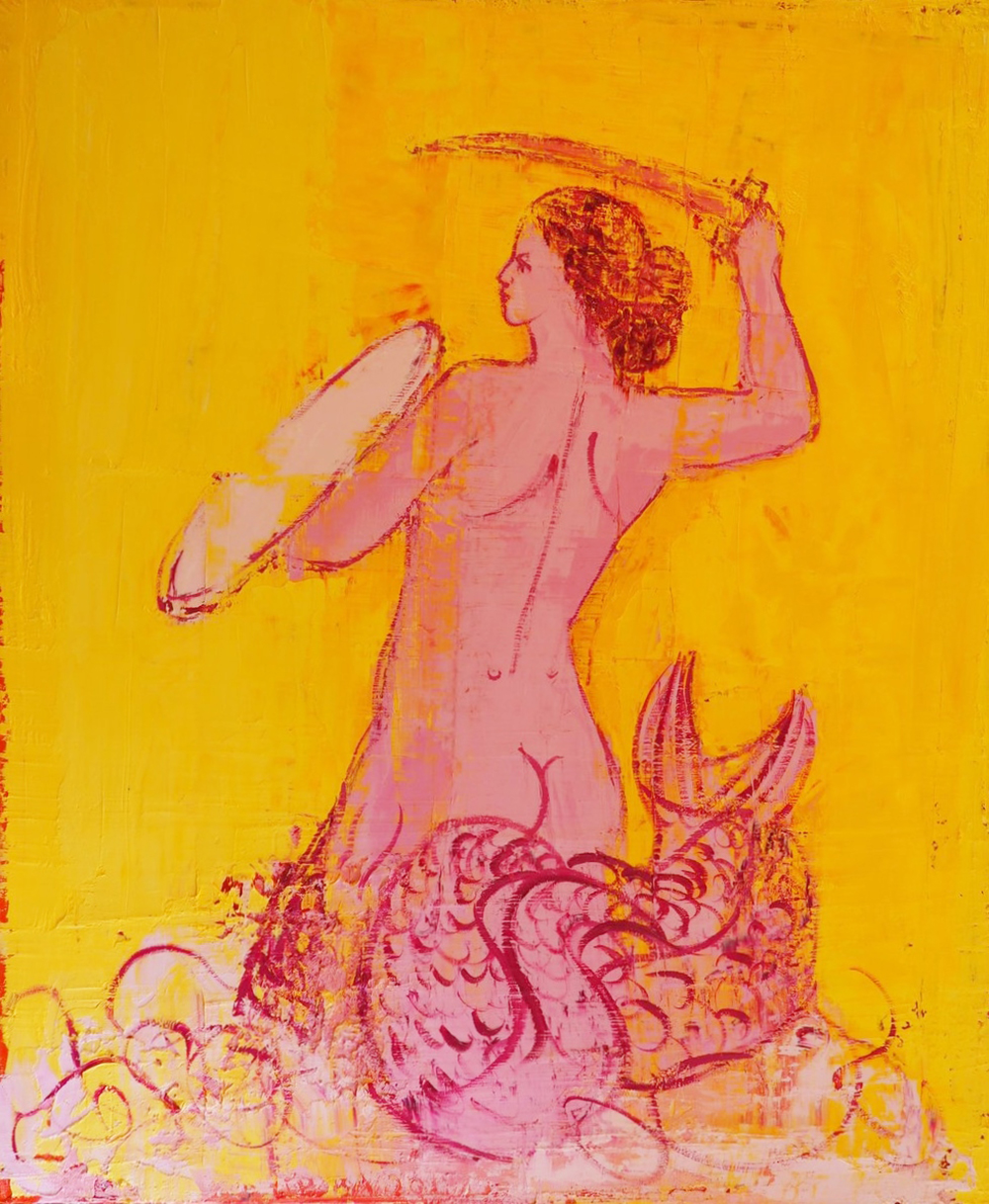 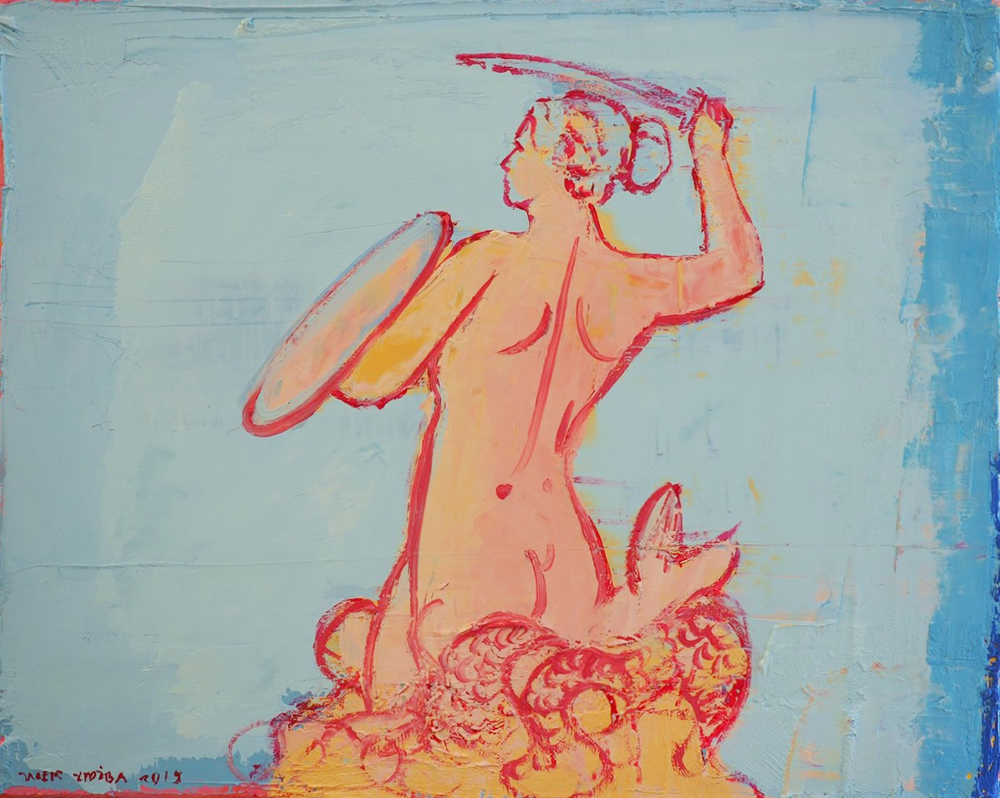