Portraits of musicians, bands and instruments by Krzysztof Kokoryn are being exhibited at the Levekusen Jazz Festival near Cologne. Kokoryn is excellent at translating sounds, rhythm and the concert atmosphere into the language of painting. Being a friend of many musicians (e.g. famous for Voo Voo's videoclips), he does not paint without music. 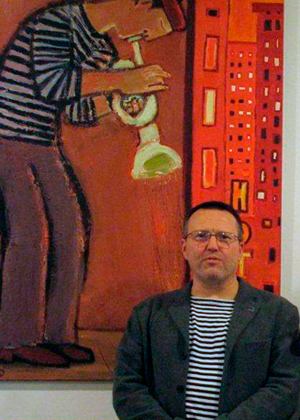 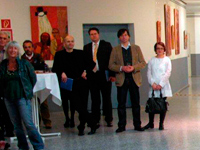 His ability to see musical motifs is so unbelievable that the world’s most renowned jazz people identify with it. The foreword to the Jazz exhibition catalogue was written by an American drummer, Peter Erskine. Fascinated with Kokoryn’s art and his ability to capture “the swing” on canvas, Peter Erskine used his painting as the cover for Music for Moderns album by The Lounge Art Ensemble and now he has invited the artist to Leverkusen. 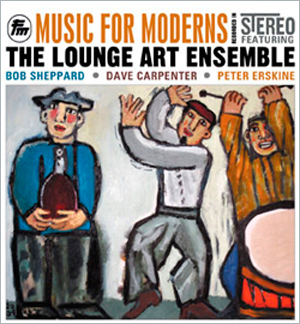 Krzysztof Kokoryn’s painting, simply titled The Band, reached out to me across the street from the window of an art gallery while I was taking a stroll in Warsaw. I was there in the autumn of 2004 to perform a concert with pianist/vocalist Diana Krall, and was looking for a restaurant to have lunch. I was not looking to purchase a painting. But as soon as the vibrant colours and movement of Kokoryn’s musical creation reached me, I was hooked...

I obediently followed my instincts and crossed the street, took two good looks at the painting and then didn’t even hesitate to bargain but rather took out my wallet to buy the artwork. Buy the artwork is not really what I want to say, as art as singular and great as Kokoryn’s belongs to the world. But I am glad to be the present custodian of his “Band” as it graces the wall of my living room, and even happier that he so kindly consented to allow me to use the painting as the cover art for an album I made with two colleagues otherwise known as the Lounge Art Ensemble.

This CD is titled Music For Moderns and Krzysztof’s painting suits the music perfectly. He paints in bold strokes yet he understands the subtlety of how music dances. We call this “swing” in jazz, and his paintings do swing and are totally full of life and laughter and love and color and humor, always with an element of surprise and a smile somewhere, either in the painting or on the viewer’s face. His art does what I hope for my music to accomplish, and I congratulate him on this exhibit at the Leverkusener Jazztage, a familiar and happy place for me and so many other musicians. 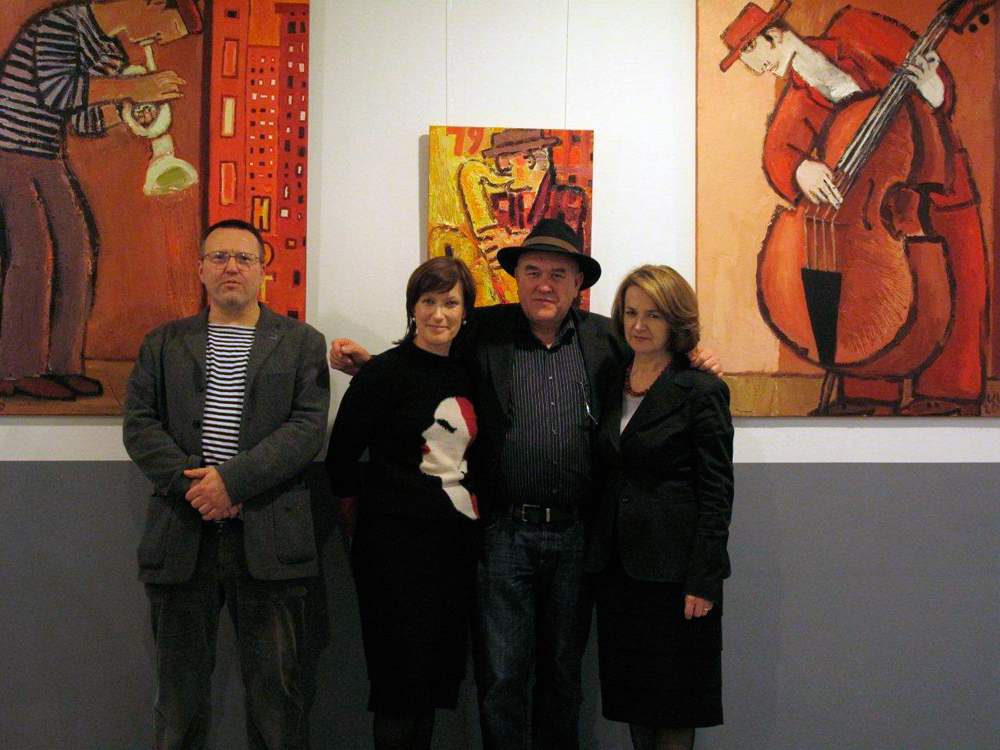 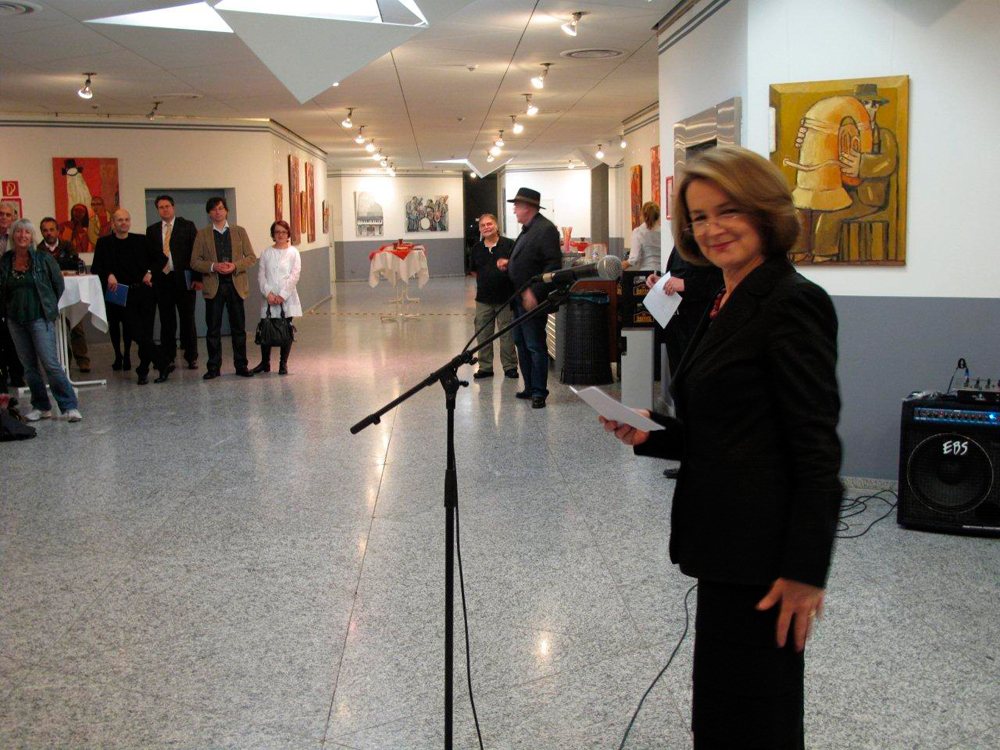 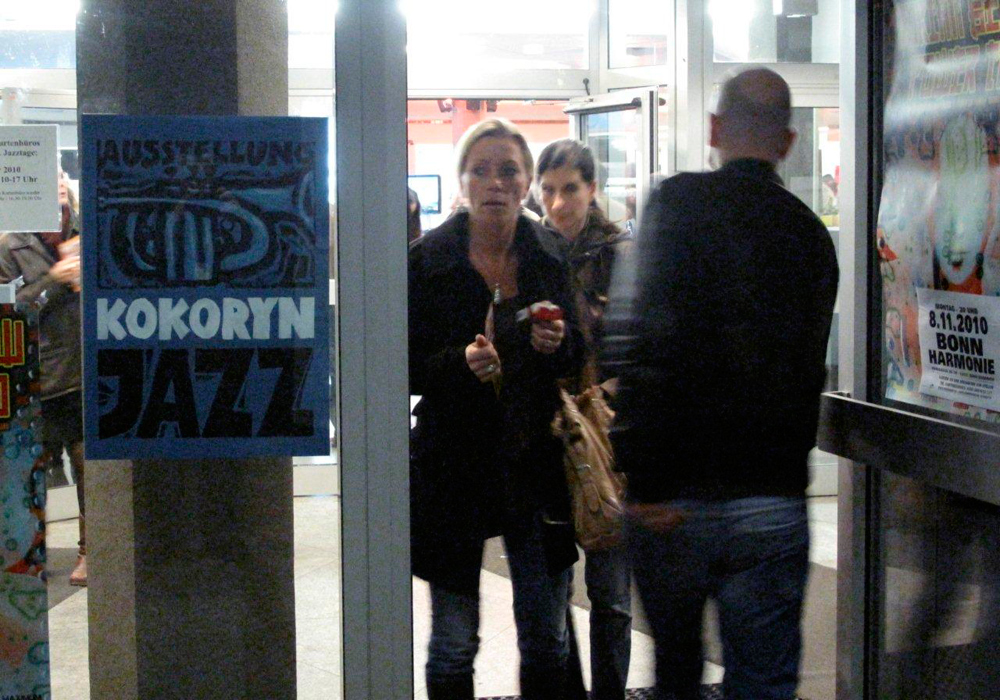 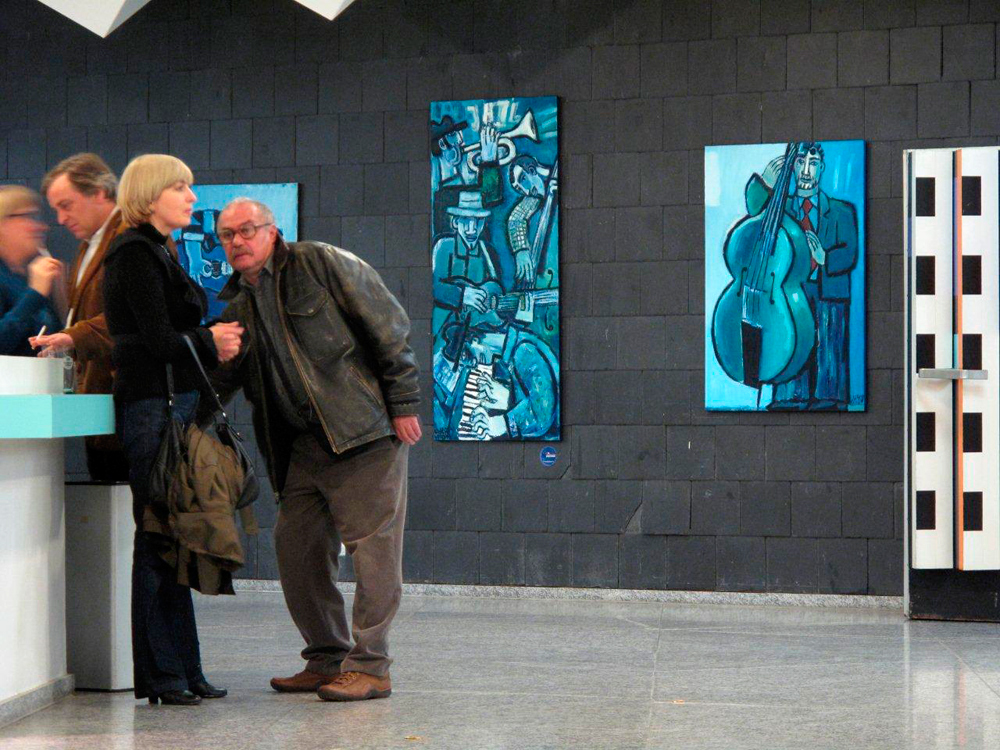 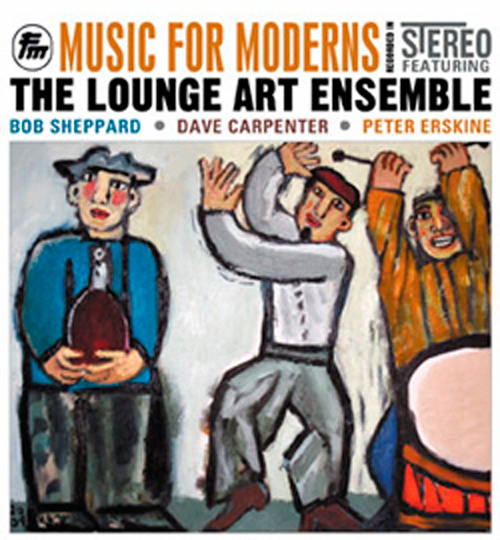 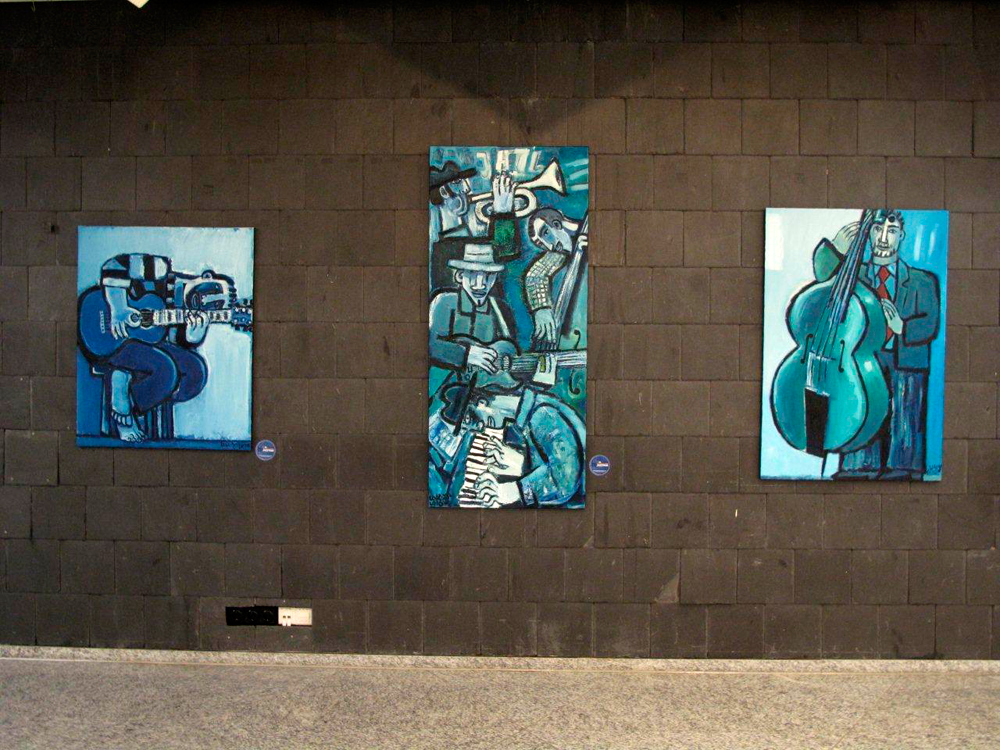 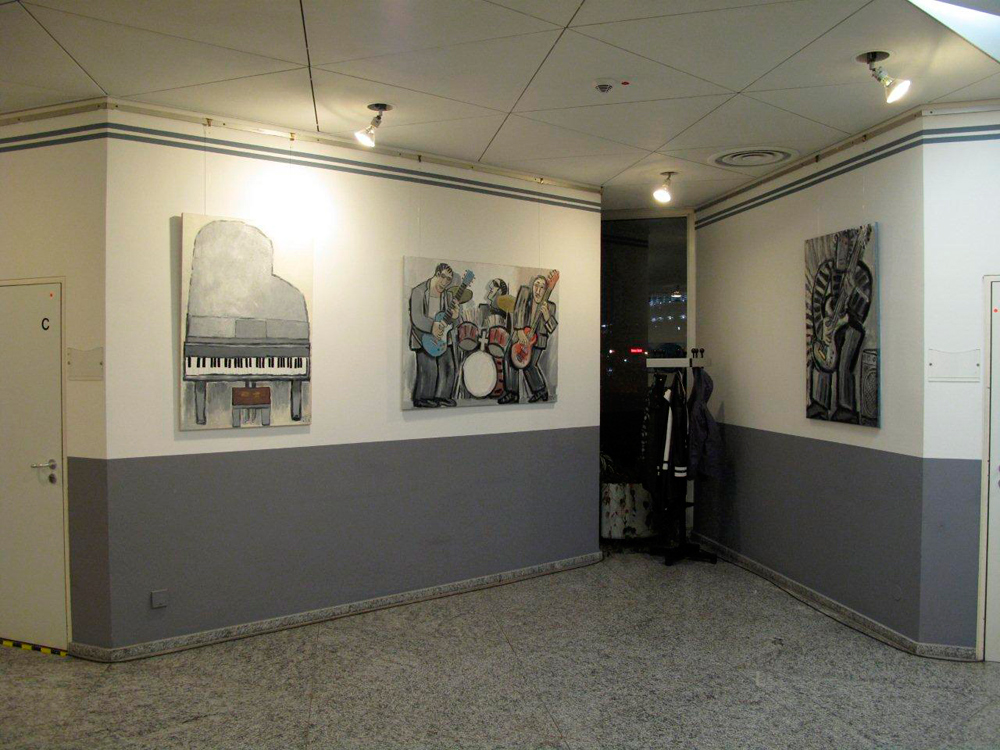