Paintings that Are Musical in Spirit

Painting music is reconciling the impossible and yet great many artists have been trying to cope with the utopian task since a very long time ago. Music is immaterial and the plastic arts exist only in the material.

The musicality of paintings is a very old theme that keeps returning in many variations. Perhaps the most obvious one of those is that paintings can deal with music-related subjects but can also feature shapes and forms construed in musical terms. As if colours were arranging themselves to the beat of music, creating harmonies of hues and rhythms. Art and art criticism have always gladly used musical metaphors and terminology, borrowing from music as much as they could. This began a long time ago, in 16th-century Venice, then in France, to become a common way of writing about images today. At the same time, authors writing about music used the terminology of the visual arts, such as when writing about the dark tones of the cello or the bright sound of the trumpet.

Krzysztof Kokoryn was to become a musician. He played guitar and sang; for him, it was a way of overcoming his natural shyness. He actually won some prizes and distinctions in the field. To this day he has been unable to forget his musical beginnings but that is not all: Kokoryn cannot live without music and cannot paint without it, just as he cannot walk through life without good friendly company meeting invariably, though irregularly, for a pint or glass amid music and talking.

These paintings sometimes virtually burst with sound. Although images are naturally silent, we, with out innate tendency to animate everything we encounter, attribute them with sounds, and sometimes even with feelings, let alone other physiological activities, such as breathing.

Kokoryn succeeds in breathing great power and energy, and sometimes almost sound, into these paintings. When a thick white streak comes out of the saxophone tube, with a heavy graphite stroke superimposed on it, we cannot resist the impression that what the saxophonist is playing is powerful and violent but also sophisticated and interesting, just as unobvious is the meeting of these two colours in the painting. Sometimes something seems to move, shake, in these pictures of thick textures and, in the case of the musical ones, also thickly painted. Perhaps the sounds, rhythms and emotions that we usually associate with music are contained in these layers of paint.

But there are also calmer, cooler pieces, quieter, as it were. Melancholy oozes from the silent, bluish instruments, from the mute musical still lifes, where the silence, and the blue tonality, a tonality of moving away, departing, dying, really, becomes even more melancholic.

Old art seldom presented instruments alone. Music bands, sure, still lifes with instruments, of course, but silent instruments in the main role, portraits of various instruments, are a very rare thing. Kokoryn does this gladly. The upright double basses, the desolate pianos look dignified. Time does not affect them; they endure in a blue silence, denying their role, their purpose. Aloofly silent, they become monuments of themselves. They are cool. But one hardly imagine that they will stay this way forever. They will surely move into playing, dancing, music because that is what they have been made for and Kokoryn has only for a moment suspended them in this cooled-down, melancholic silence that will surely not last forever. 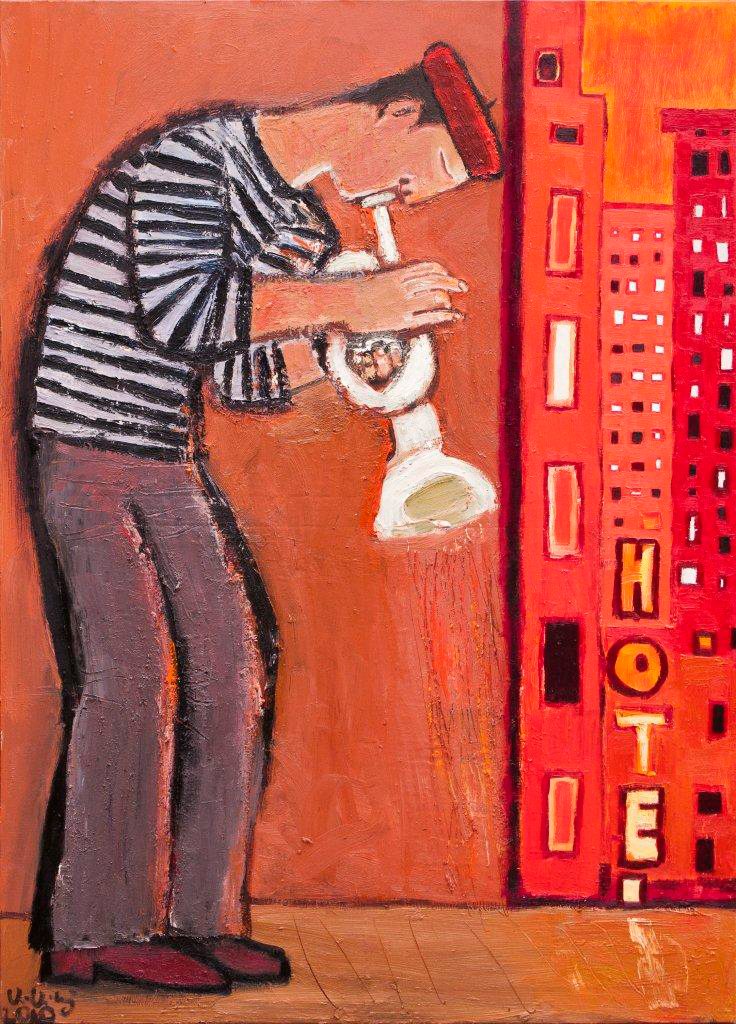 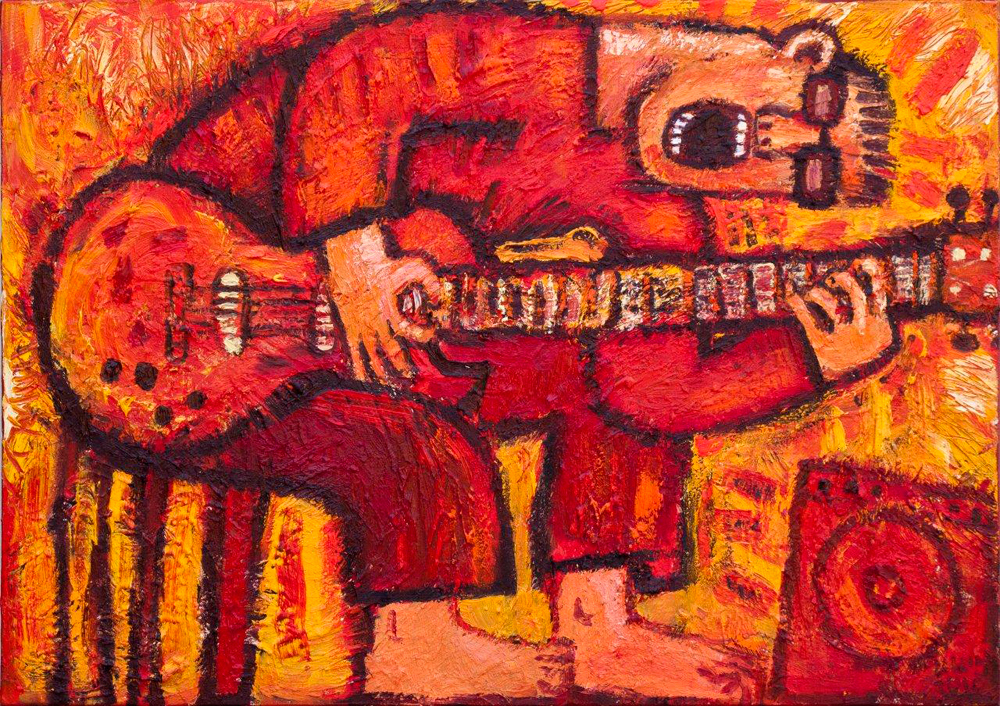 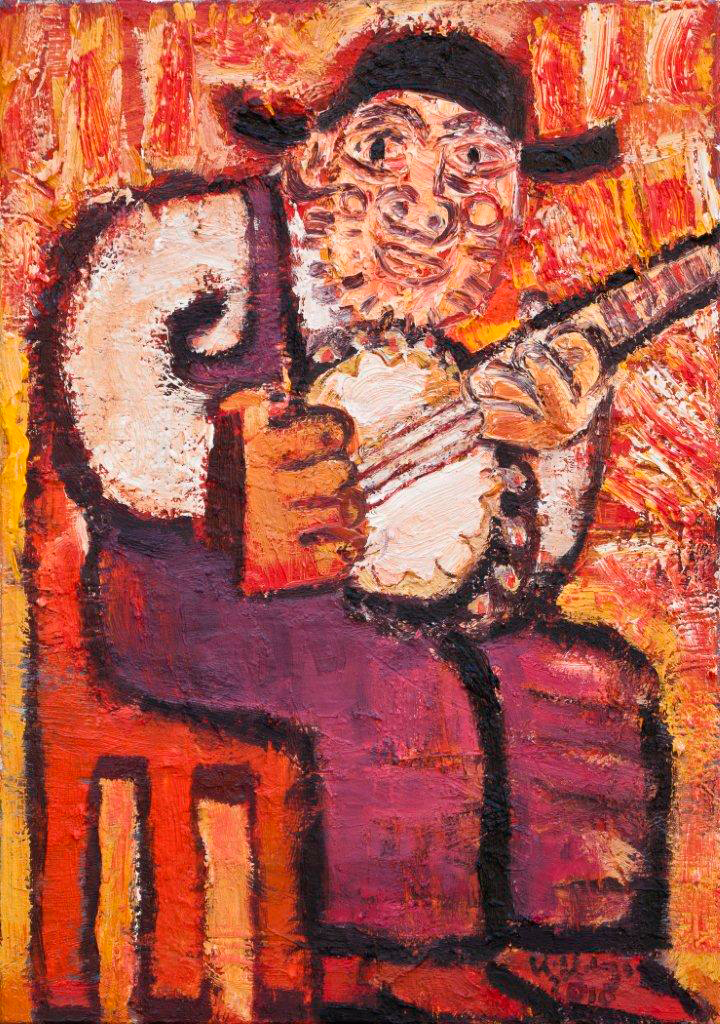 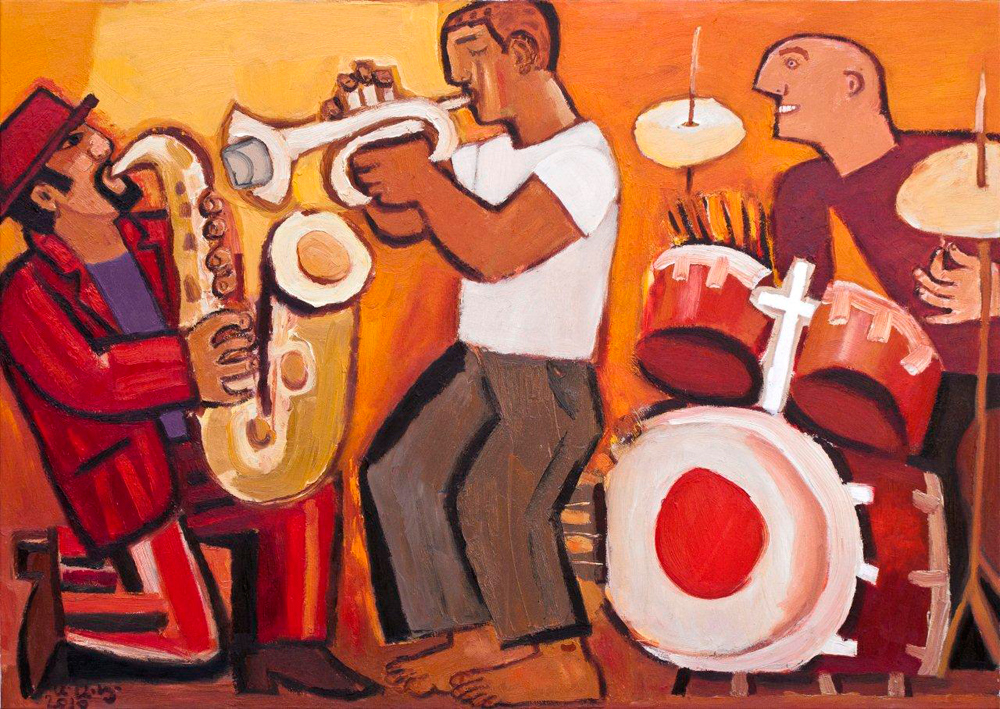 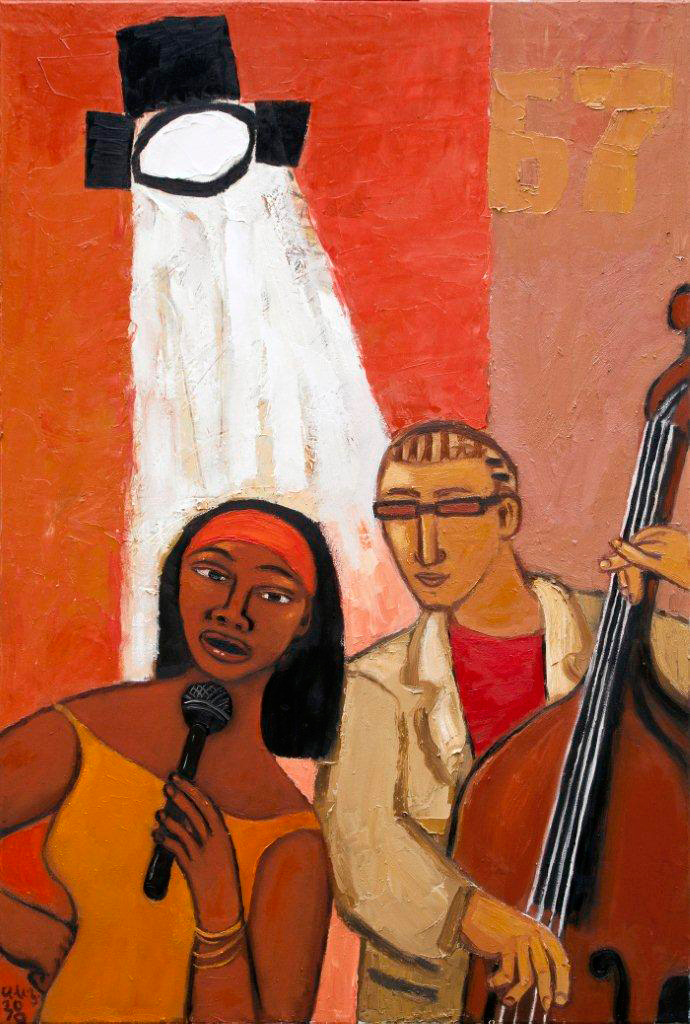 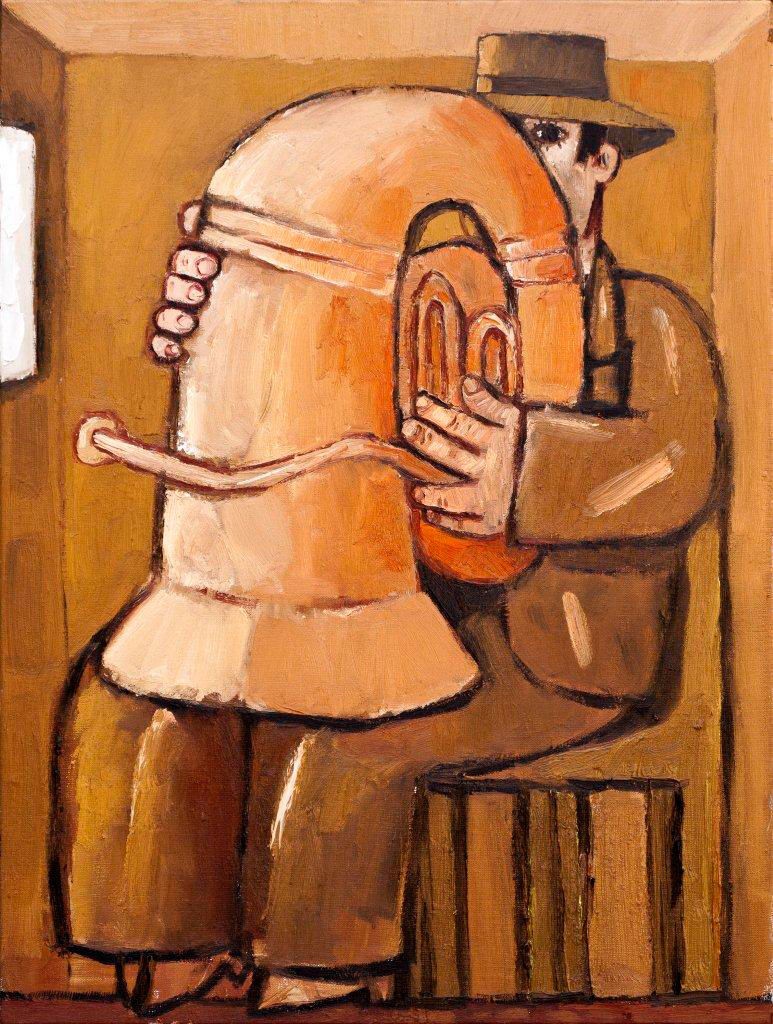 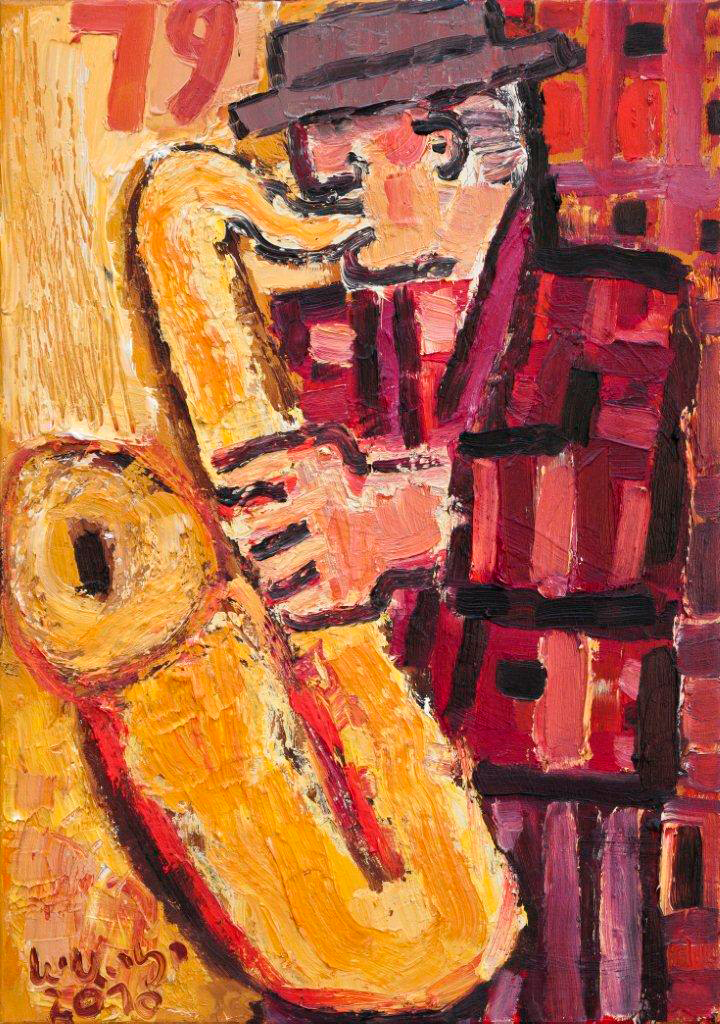 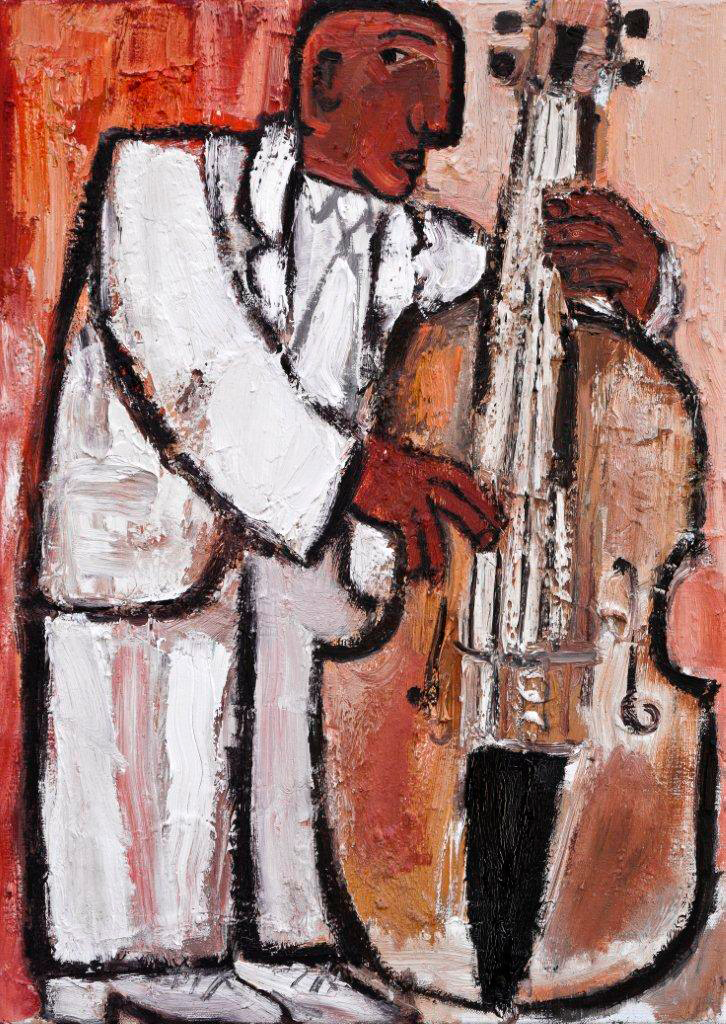 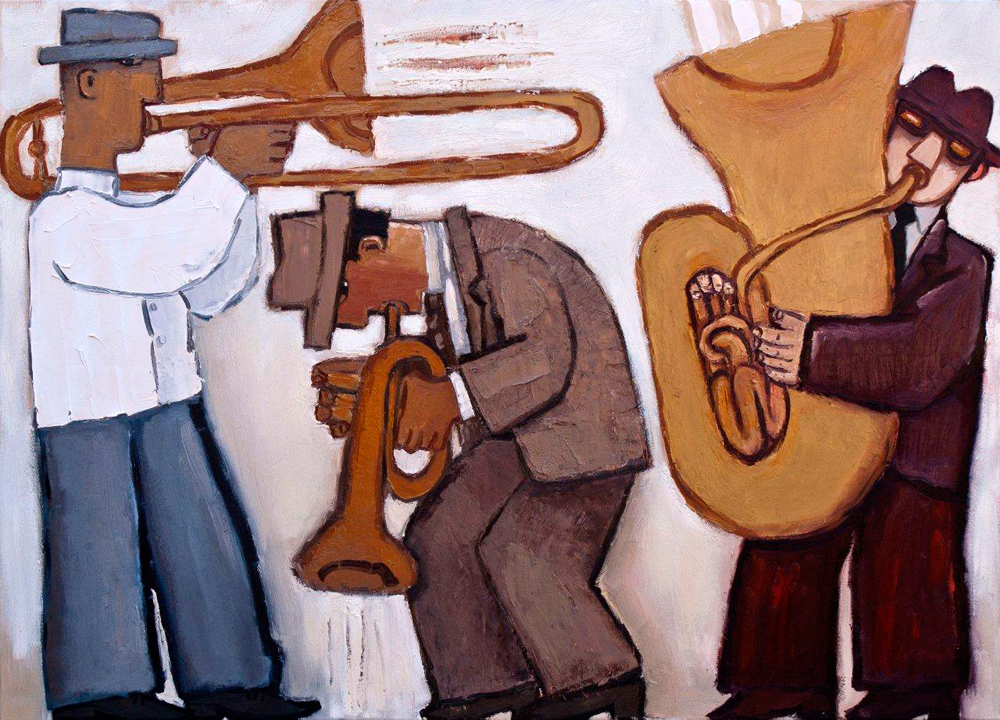 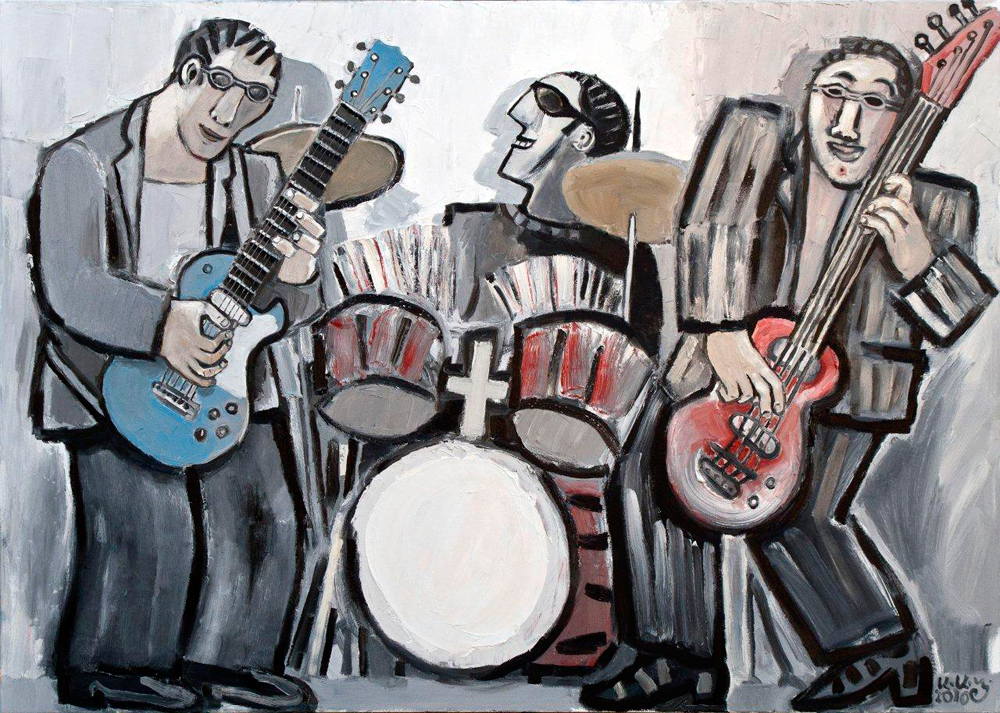