The architecture of Utopia

Maja Kiesner was brought up in the Warsaw district of Targówek, living in a thirteen-storey block of flats. She could see another such thirteen-storied block through her second-floor window. Her childhood featured a carpet beating stand, at which she always excelled as she was training acrobatics in a local sports club. She obviously went to one of those ‘1000 Years of Poland’ primary schools. And, of course, she frequented one of those tin ‘super self-service shops’ of yore. 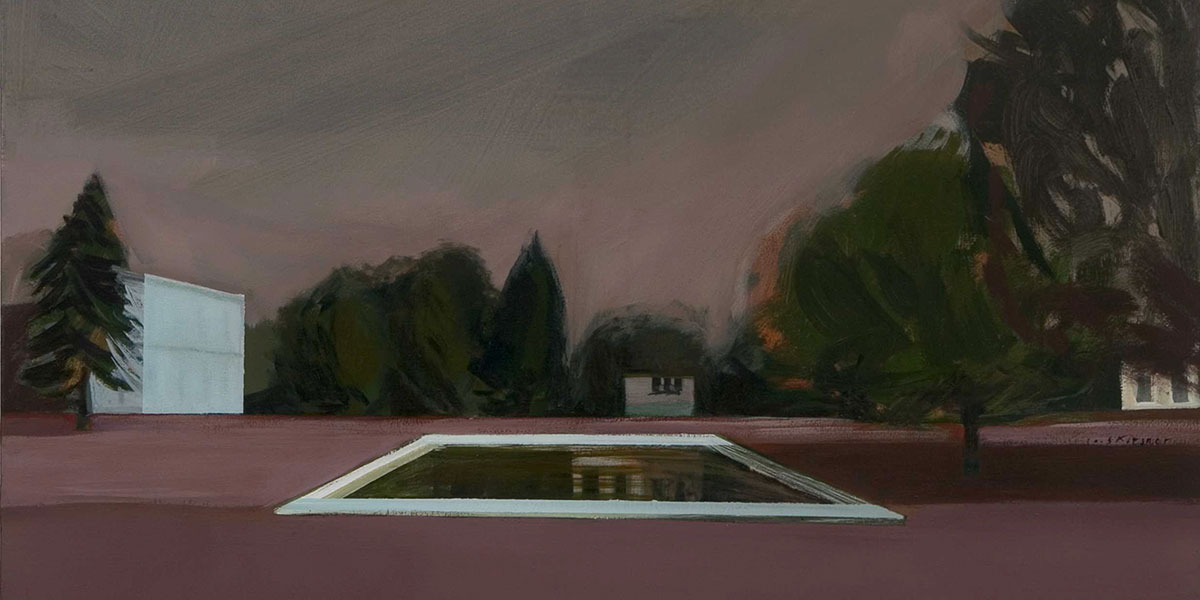 She paints from old postcards, pictures, architecture albums. It all once started with three sleeps of paper that a young guy from the antiques shop in Stalowa St. gave her as a gift. Two of them showed factory developments dating to the early 20th century, and one featured high-voltage poles. She painted all this at once. How come such a 19th industrial landscape might have been passed as beautiful and worthy to be immortalised on a postcard? The industrial revolution gave people a utopian conviction of their own strength, power of ruling the world. Those 19th-century factory buildings, metallurgical furnaces, chimneys, are not only features in the technological history but also, monuments of a utopia.

We will sing of …. greedy railway stations that devour smoke-plumed serpents; factories hung on clouds by the crooked lines of their smoke; bridges that stride the rivers like giant gymnasts …. 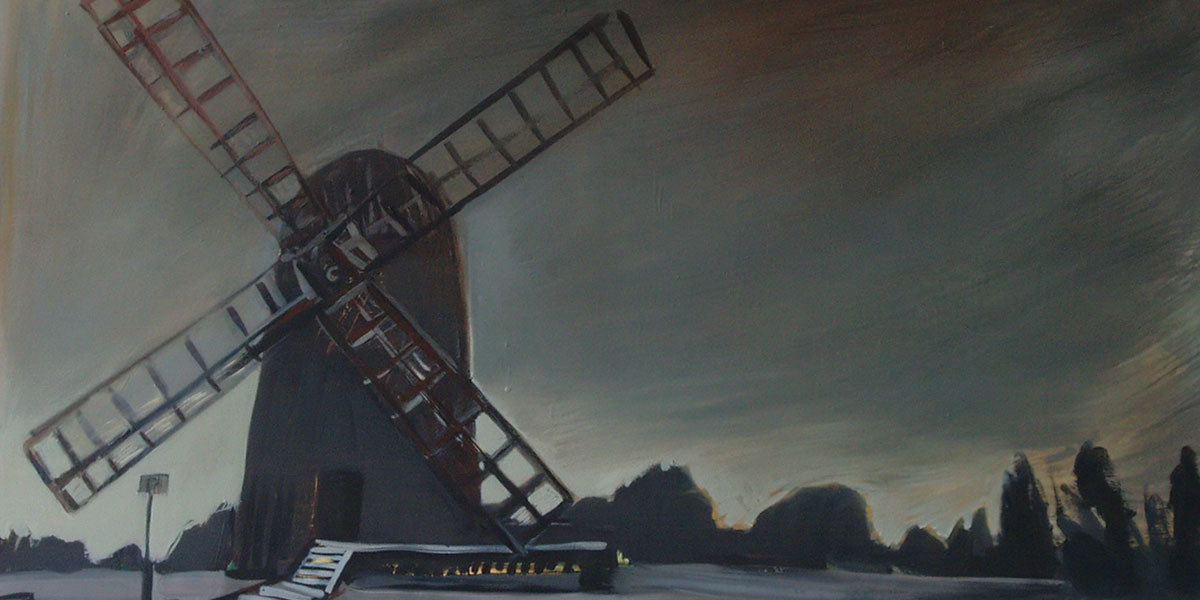 Maria experienced a utopia in architecture herself. She grew up in a Le Corbusier’s machine à habiter (‘accommodation machine’): a socialist-state bleak apartment housing estate which was designed to satisfy all human needs. Standardisation, prefabrication, laboratory purposefulness, and economy – that is, Mr. Le Corbusier’s ideals as translated into the Polish reality by Engineer Karwowski – meant boredom, standstill, or even oppression to her.

Last summer, Maria, whose friends call her Maja, was invited to a two-week open-air artistic camp in Pienkowo The location had an old manor, fields, forests, and a lake. The activity organiser, a Polish physician based in the US, patron of Polish art and lover of Polish landscape in one, gave each of the invited artists a box of colours, a few stretchers of various sizes, and the easel. Maja painted a total of eight landscapes there, each after a postcard. They feature 19th-century steelworks of the Sosnowiec/Częstochowa industrial district. 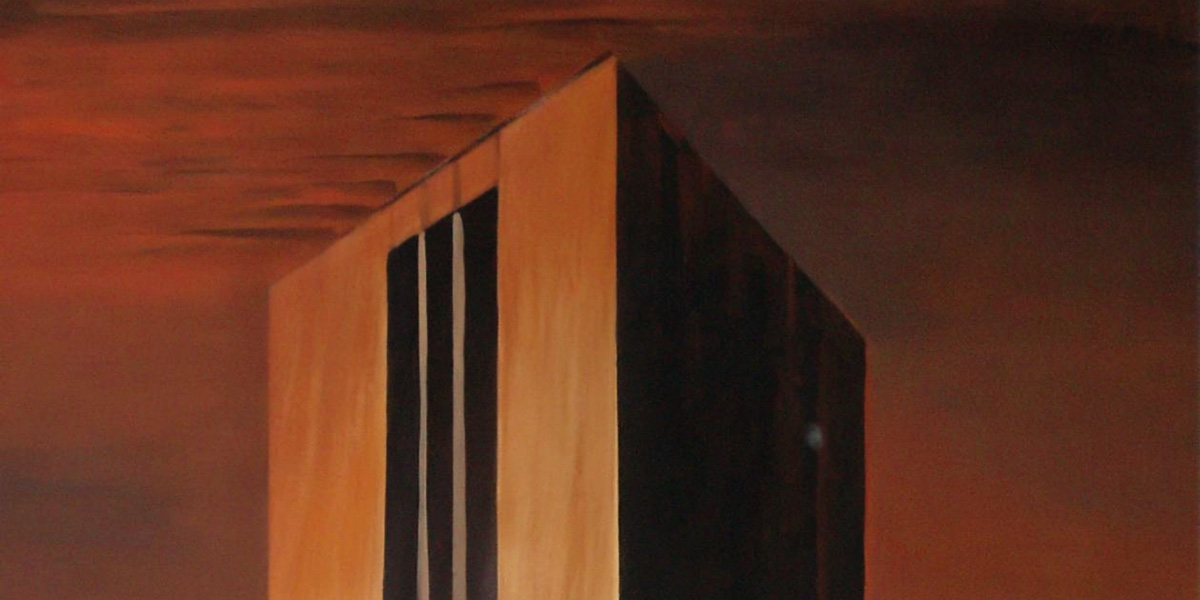 The beauty of Poland

Maja’s new discoveries, books in which she looks for pictures out of which her new paintings will be made: Poznań, an album issued on the 20th anniversary of the People’s Republic of Poland – black-and-white photographs of new housing developments, swimming pools, and schools. All described in Polish and in Russian. Another album, titled Kalisz, published 1978 as part of ‘The Beauty of Poland’ series. Using it, she has already painted the Technician’s House in Kalisz. An album on Śląsk Opolski, i.e. the Opole-Silesia region, published 1980, based on which Maja has already painted her two versions of ‘Jan Kochanowski’ Theatre building at Lenin Square in Opole. 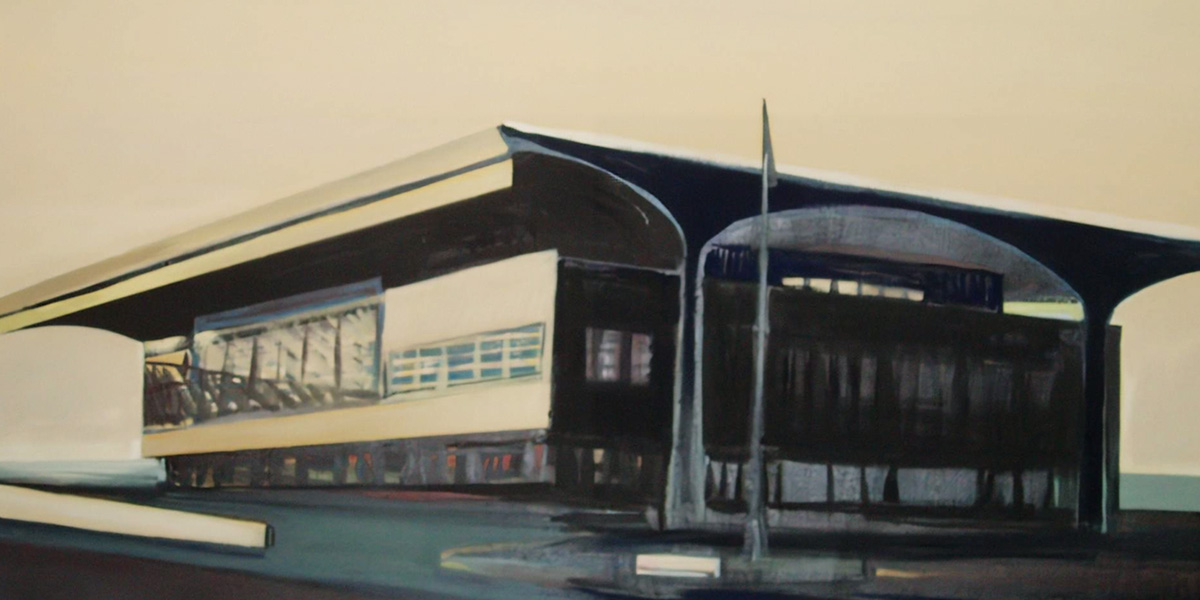 The falsehood of English garden

Maja’s painting entitled Swimming pool in Puławy looks like a frame from Peter Greenaway’s movie The Draftsman’s Contract: an English park with a shallow tetragonal pool, a fountain maybe. Irregularly arranged tree clusters, a carefully maintained lawn. Maja painted her picture according to a photograph taken by a friend of hers at Arkadia, the Czartoryskis’ park in Puławy. An English-styled park, that is, a piece of horticultural utopia. Planted in Poland by Izabella Czartoryska, the 18th-century bluestocking. Featuring replanted plants which have been cut or pruned so that they looked even more natural than in nature. The Maja Kiesner painting shows even sharper than in the reality how artificial this idealisation is. 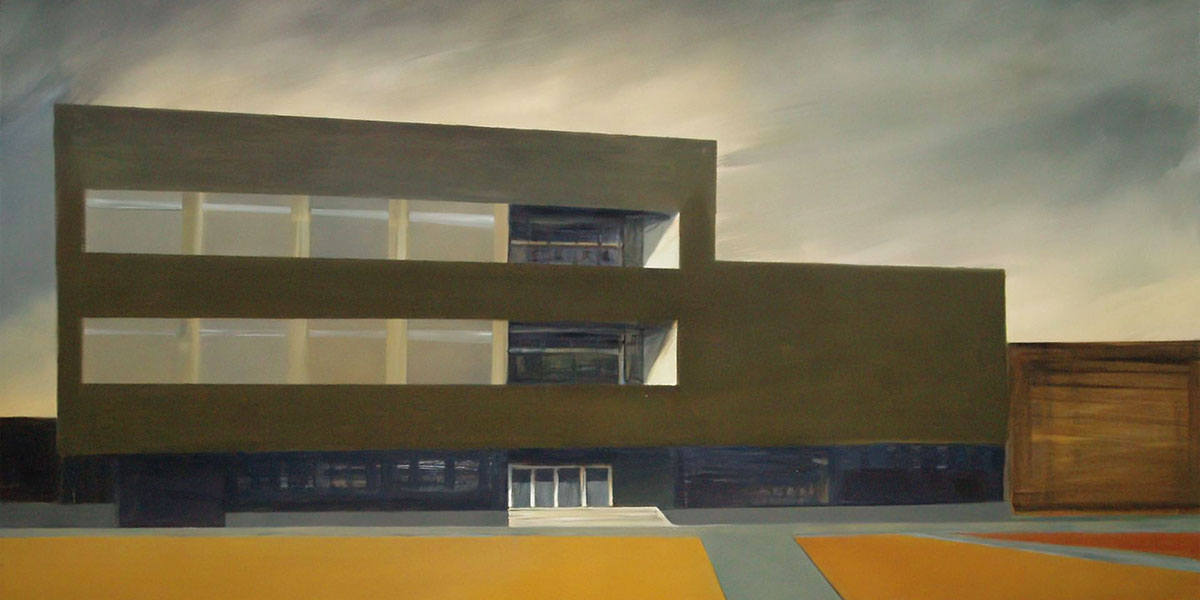 Some earth, lots of skies

In her landscapes, Maja employs proportions from Dutch 17th-century townscapes: a thin strip of the ground and buildings in the picture’s bottom, and three times more of the sky, with clouds up there. Jacob Ruisdael, the master of this type of proportion, painted the sky, the clouds and the sun piercing through the clouds so that those were becoming the actual content of a painting. And what does Maja do? Simply, if a photo or a postcard has too many chimneys on it, she just quits painting them. She wants to have much of the sky, much room for her clouds and smokes. Like Ruisdael, she doesn’t like colours, either: the shades of brown, grey, and black do satisfy her.

Maja’s architectural features are always threatening, although they look like portrayed models, small cardboard houses rather than real structures. Maybe this is because the artist does not paint them from nature? To my mind, the less realistic they seem to be, the more threatening they are. It is their lightness that is unbearable, that paper-like dryness of a model where we cannot even expect a trace of life. Is this a 21st-century Pompeii? 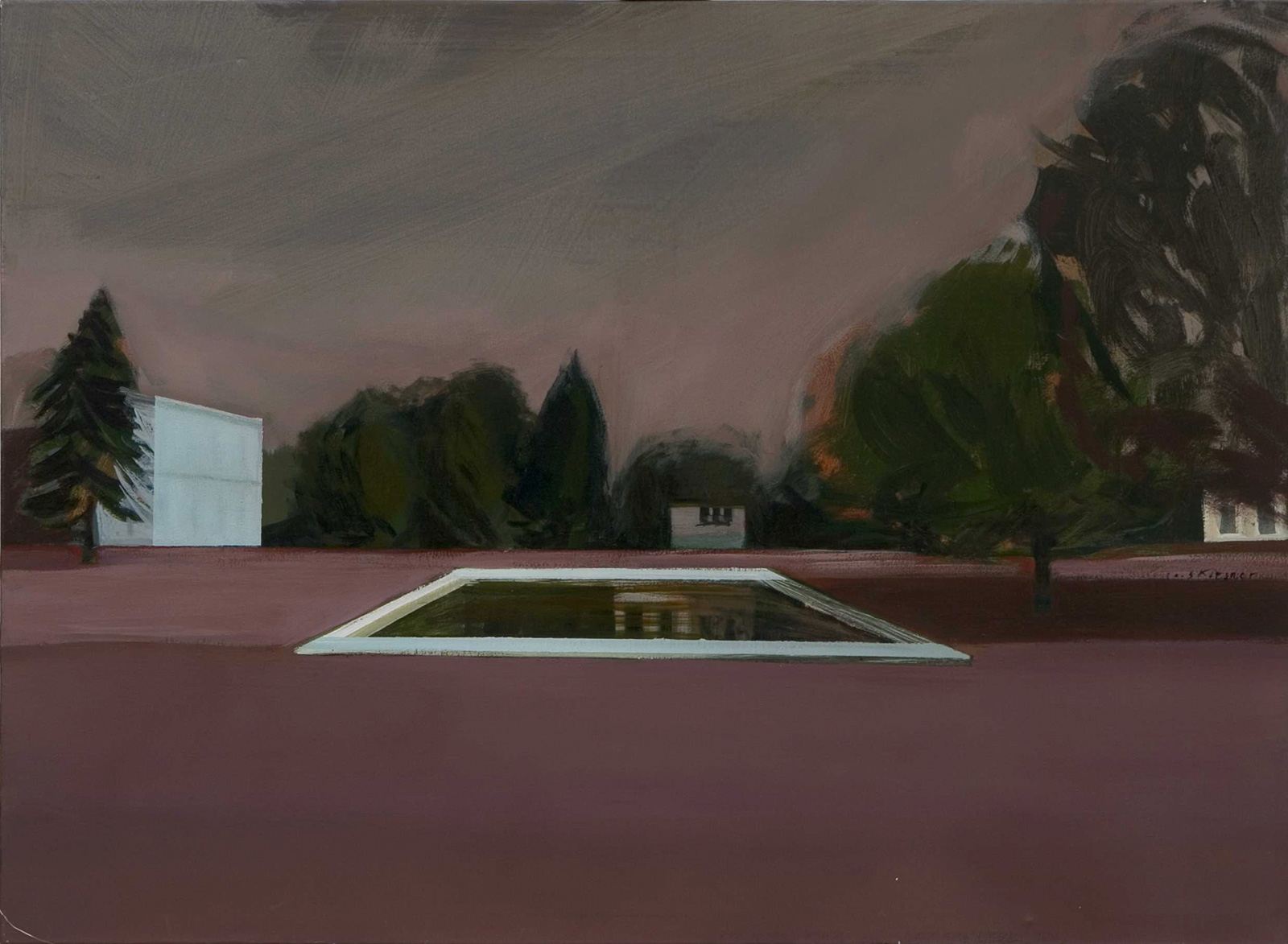 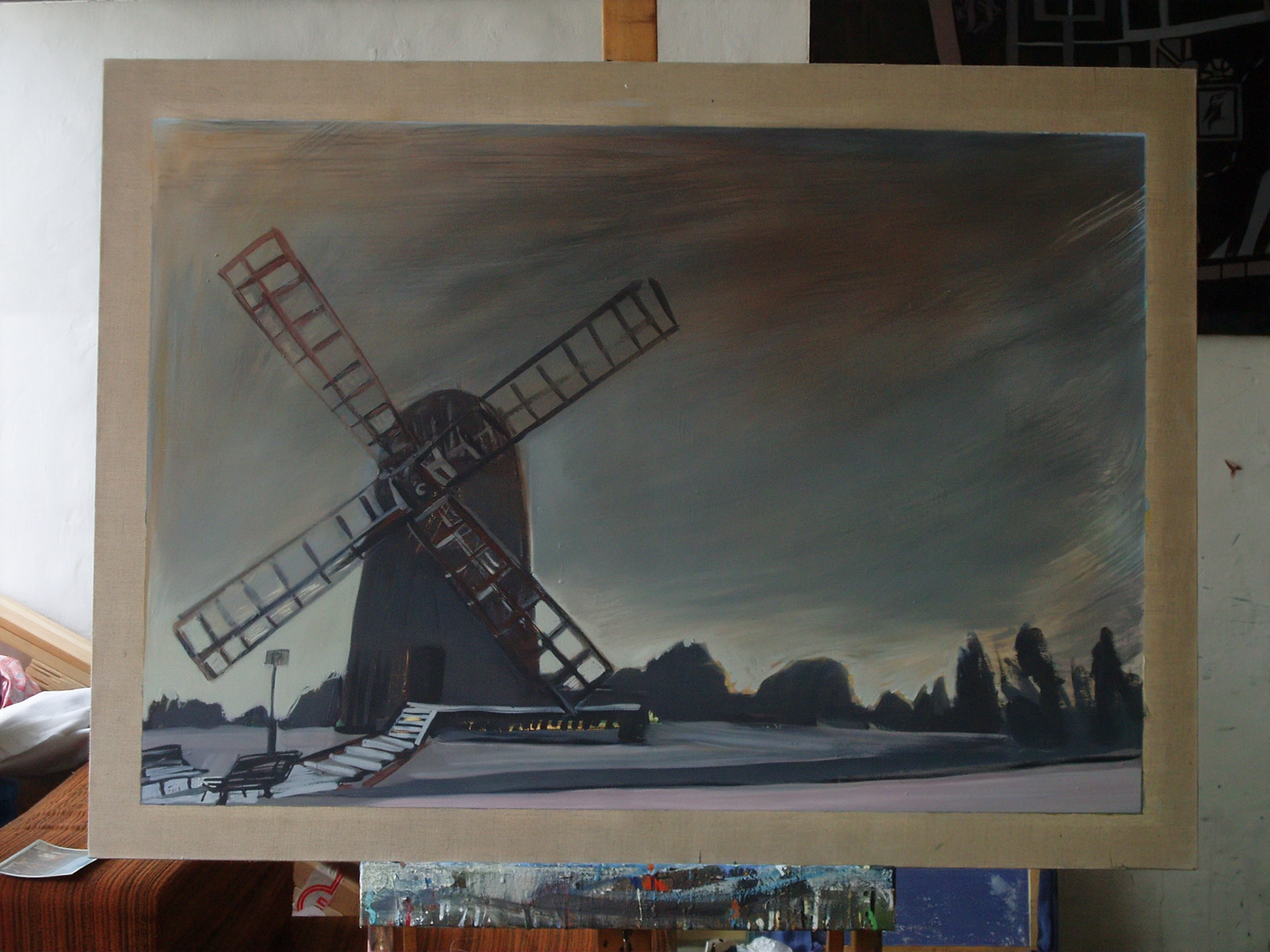 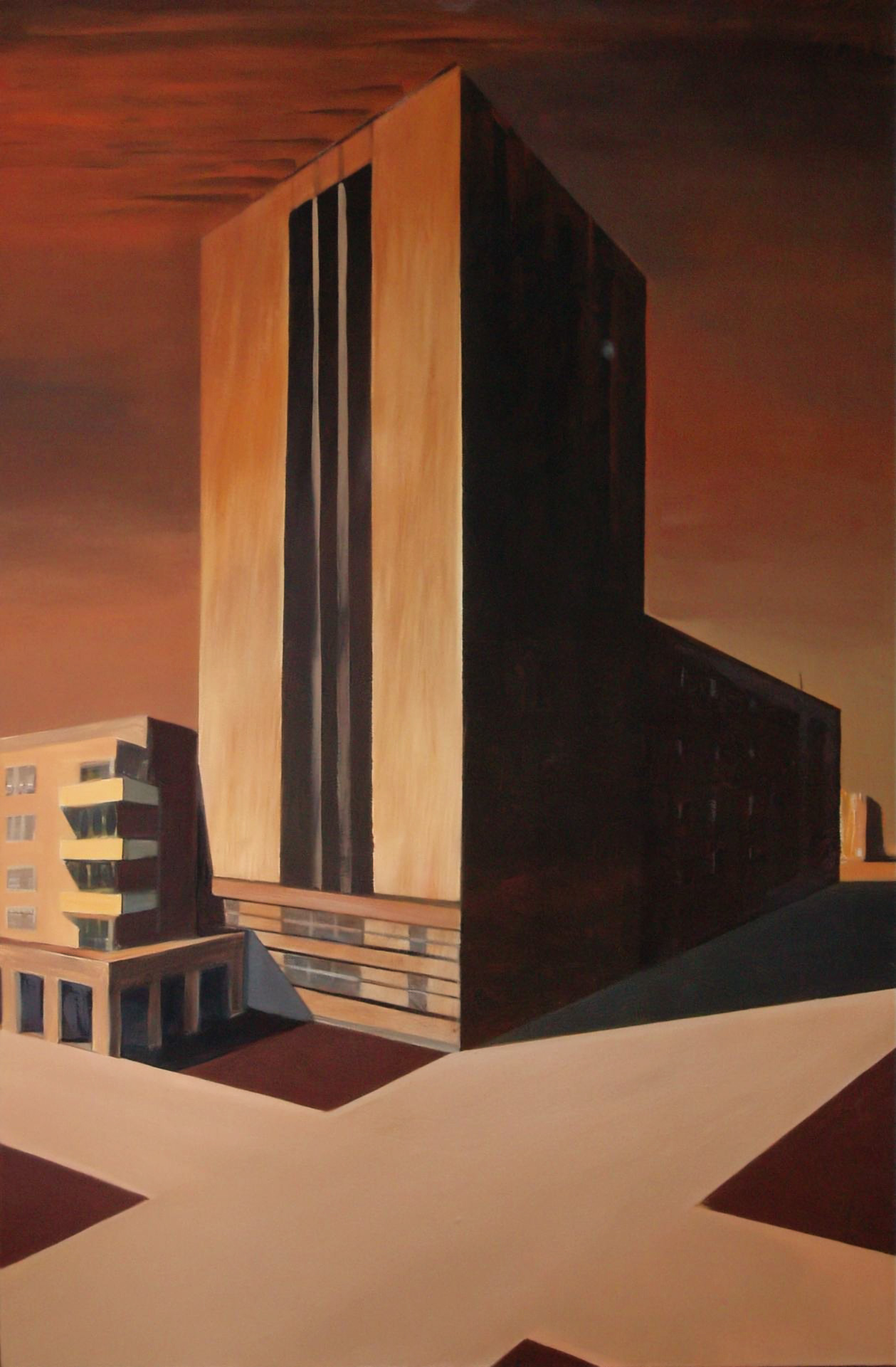 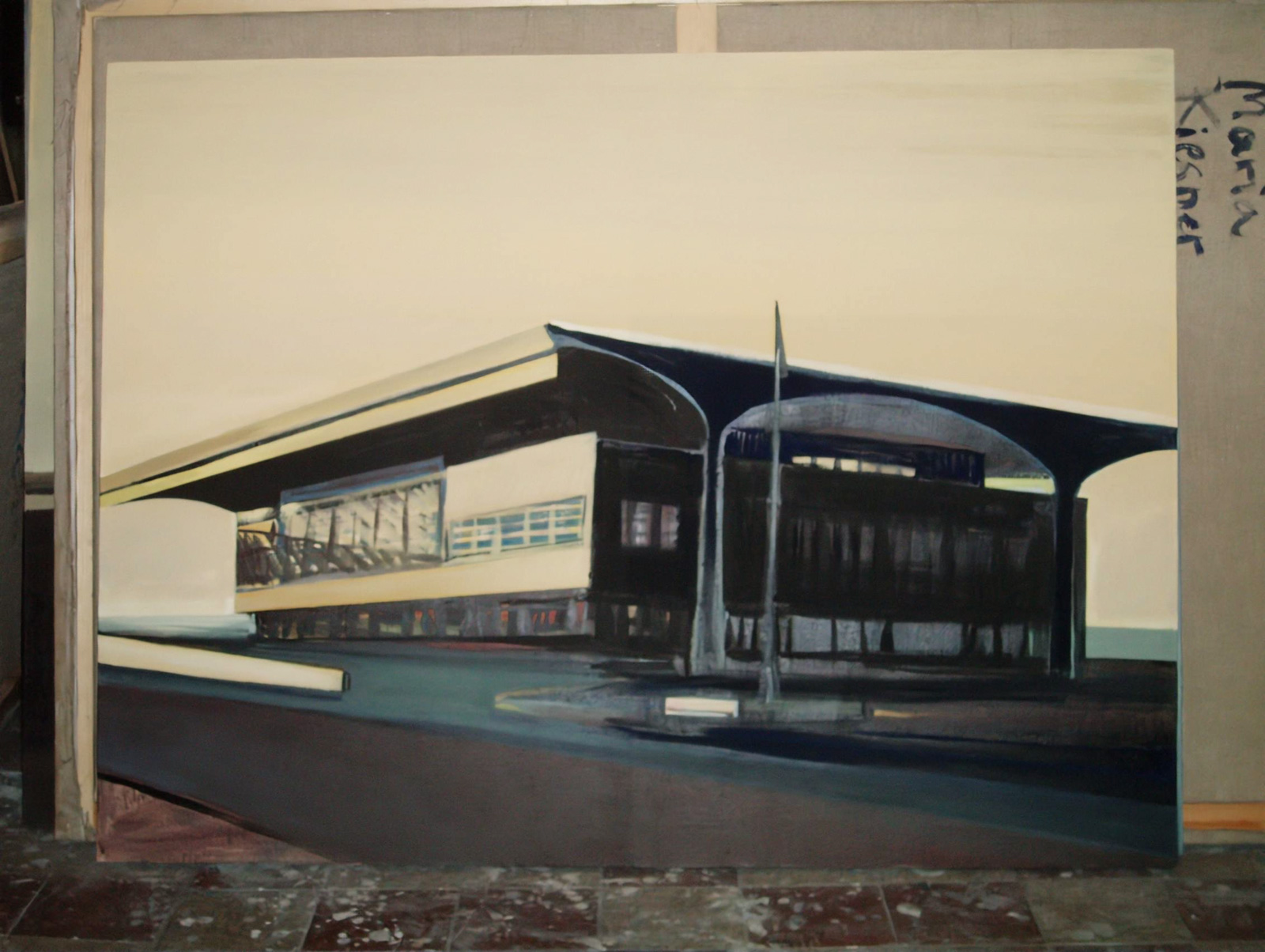 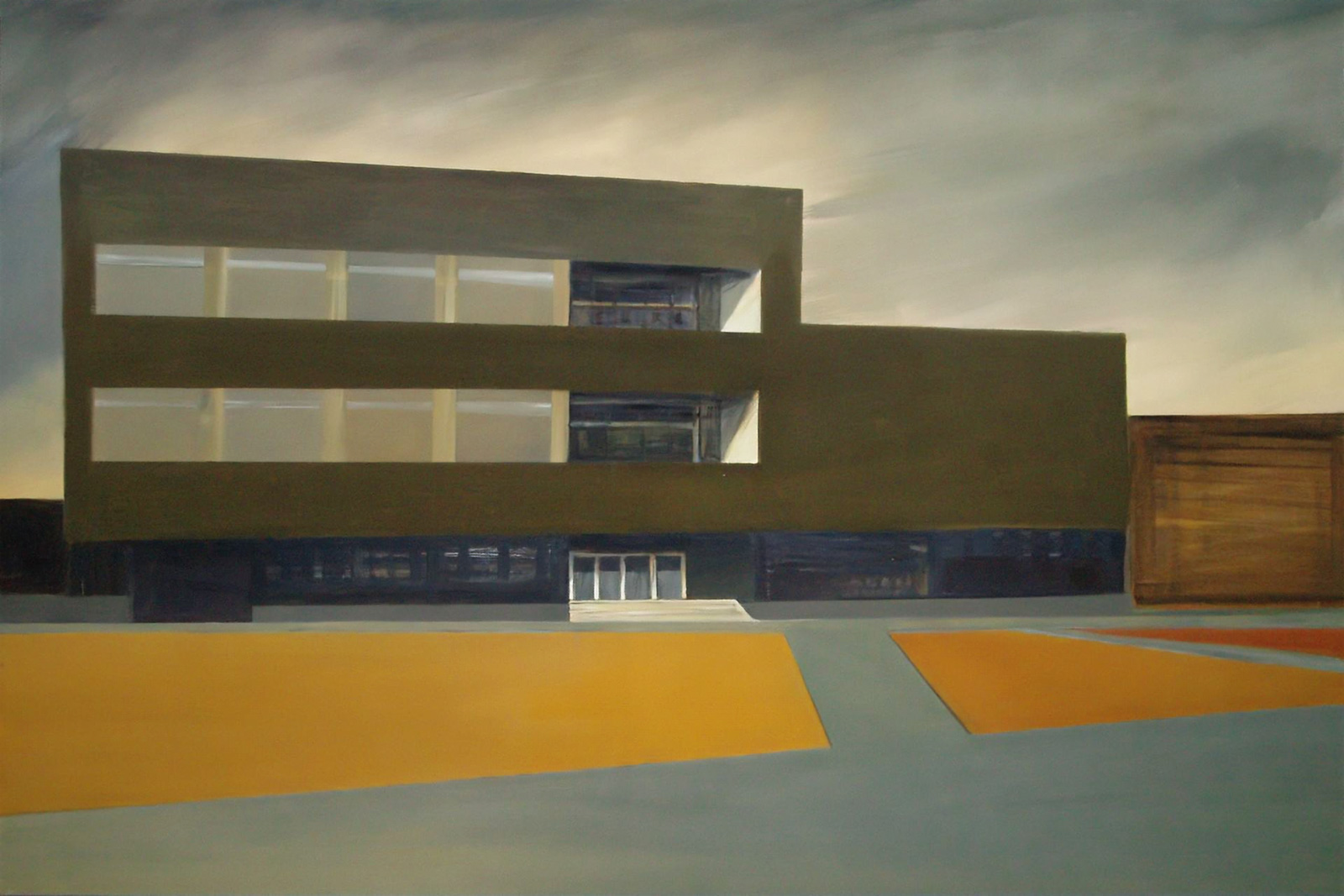