The electric scalpel slid gently over the girl’s back. Even with a local anaesthetic, the patient would feel the cut as nothing more than a caress. But now, she was in a deep sleep. She had to be so they could do what they wanted. The body split into a slit the shape of an elongated almond. The eye was open. Now! This was what they were waiting for. 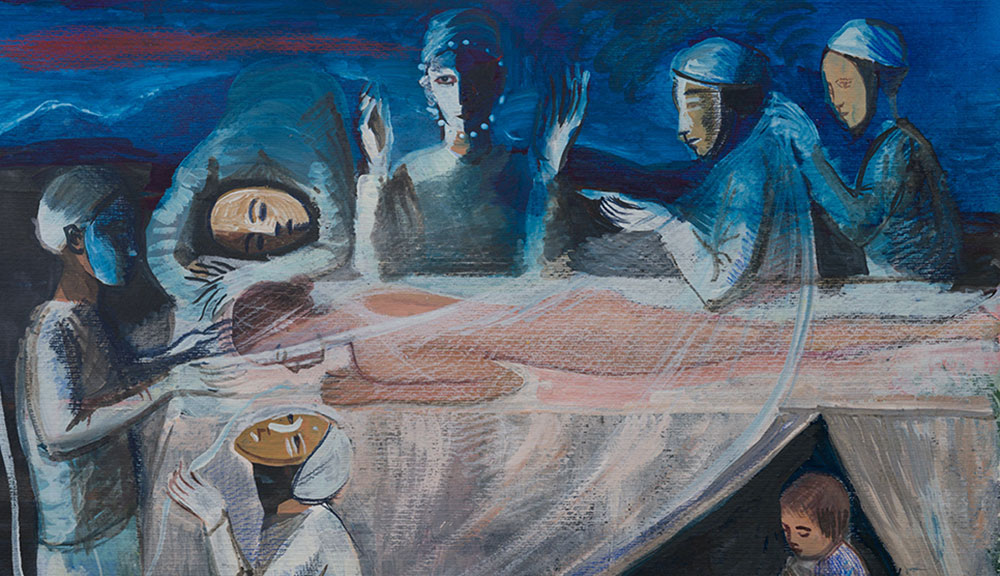 They came together in a tight group, impatient, in a solemn expectation, craning their necks, bowing their heads over the eye. The Professor had the privilege of being the first to descent into the depths. As his expedition companion, he chose the Assistant. She was nervous, it would be her first time. Until now, she had only been allowed to look into the depths. But her eyes stopped on the blinking wall of images. They were like hallucinations that everyone wanted to immerse themselves into. She had been ready for this for a long time. But now she hesitated, stopped. The image was covered by a red veil.

“Why is she bleeding so much?” The Assistant asked, turning her eyes away from the slit.

“She’s petite. Short people bleed more. We have to go deeper, move the curtain. I’ll go first. Hold on to me. No sudden movements. Steady. Our target is a tree. I hope I don’t have to repeat myself,” the Professor answered.

“If you don’t feel up to it, I’ll go,” the Second Assistant blurted out. The impatience of an addict resonated in his voice. Everyone who went down even once ceased to believe in what was on the surface.

They looked at him in rebuke. The Professor was silent. The Second Assistant, flustered, adjusted his mask.

“I’m increasing the dose of oxygen,” said the Anaesthesiologist. The oxygen focused the image, the colours seemed to shine like precious minerals.

They were geologists, descending into the depths. They felt her, became her, and experienced her love. The circle of love was ecstatic, locking them in the soft membranes of bubbles, but it always ended in tears. The bubbles ultimately all burst. The salt water soaked into their lab coats. The professor and the Assistant wiped their faces with the handkerchiefs they brought with them. They were prepared for tears.

Subsequent layers showed how she was made, they contained looks, touch, the voices of ancestors. Eyes, hair, the softness of bodies melded in the thick mass. She was once a man, then a woman. A mother, a father, an old man, a young man. The Professor and the Assistant began to sweat in the heat of the breaths that surrounded them.

Finally, they reached her. The woman-embryo lay curled up on a bed of moss. She was protected by a tent woven from her parents’ tenderness.

“We have the genotype,” the Professor said.

“We have it,” the Assistant repeated. They did not move. Love and a primal fear for the girl rose in them. The Assistant reached out for her.

“What are you doing?” The Professor stopped her. Abashed, she took a step back. She wanted to earn his approval and instead she showed such a lack of professionalism. Damn her emotions. She pressed her lips in a tight line and nodded stiffly.

“Not so fast,” he muttered. He started to undress and nodded at her to do the same. This time, she didn’t hesitate. She quickly threw off her lab coat, mask, hospital shoes.

They lay on the moss, staring at the eyes glittering on the walls of the tent, as if they were stargazing.

Knowing came with a feeling of relief. They felt the beating of her heart, her bloodstream, whose branches climbed and twined along the walls of the tent.

“The tree is depicted in red in anatomical atlases,” said the Assistant.

“That’s how it looks from the outside,” the Professor lectured.

They already knew the roots and the trunk. They were dendrologists.

They kept rocking to the rhythm of the sleeping woman’s breathing. The tent rocked the branches trembled, leaves started to fall on them, young and delicate. They ran their fingers through the leaves. Suddenly something rustled and the Professor lifted a dried leaf.

“What do you think?” He held the leaf in his palm out to the Assistant.

“That’s right,” the Professor confirmed the diagnosis. He crushed the sick leaf into dust. He got up and started to get dressed.

“Tomentosa,” the echo rang out above them. The operating theatre was flooded with light.

“Let’s head back,” said the Professor to the Assistant.

“I’m waking the patient up,” the Anaesthesiologist announced. 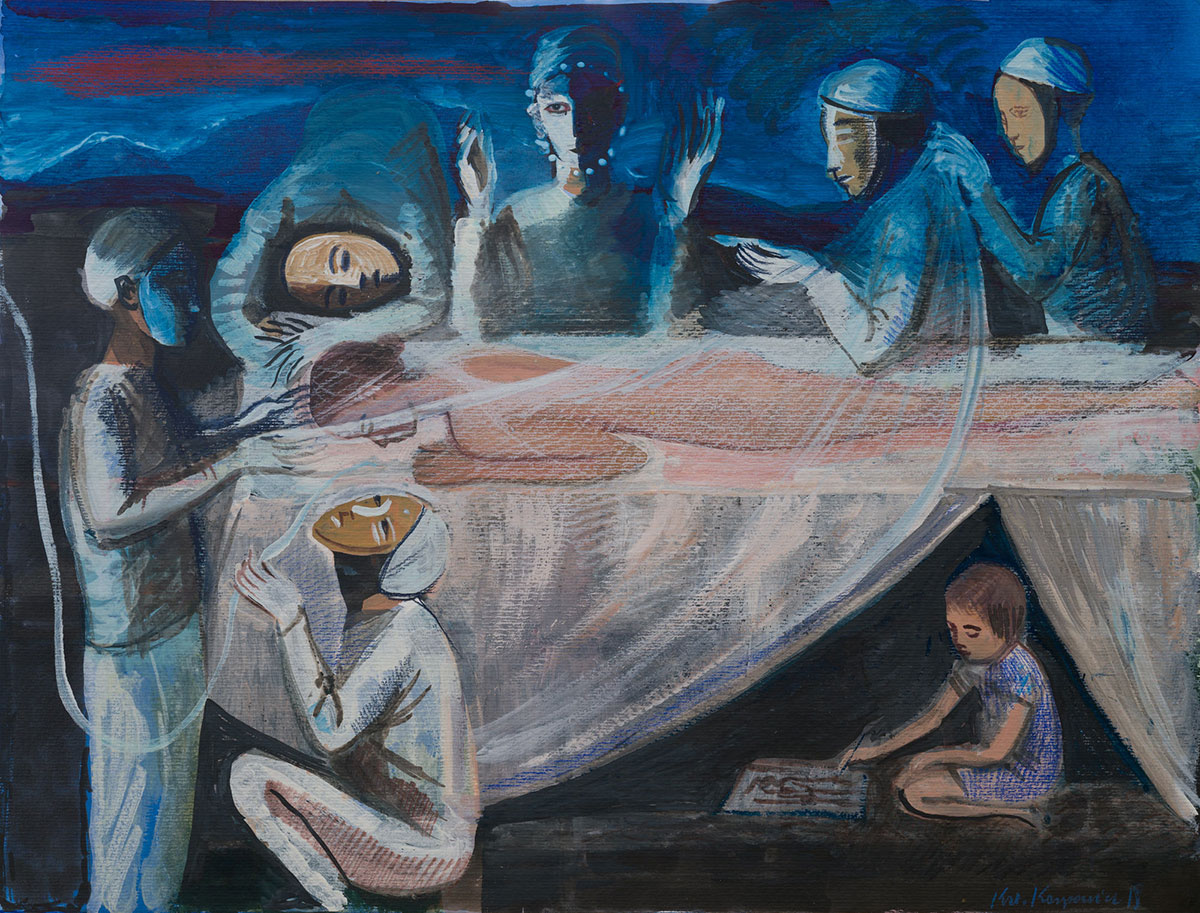