There are several reasons for which I have decided to show you some sculptures by Leszek Jasiński. 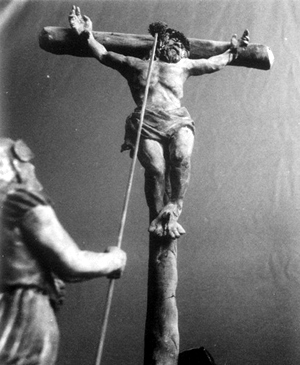 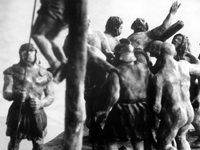 Ever since he settled in the countryside, shortly after his graduation from the Academy (in 1989), he has not been taking care of his career. He is not fond of a city’s artistic or social life. He is ostentatious in his disregard for any principles of a political correctness as may be binding with it.

His naturalist style is anything but en vogue, and challengingly so. However, he has mastered the skill to a ‘bravado’ extent. Someone has commented on Leszek’s output thus: Whatever is most up-to-date nowadays, comes into Warsaw not from Europe but from the countryside.

Leszek’s attitude toward religious faith is internally contradictory yet fervent. He is a Mazovian fundamentalist. Although he pursues a ‘fight’ against the Church as an institution, his most moving sculptures prove (don’t they) a religious art in its purest form.