Death. Between Heroism, Crime and Sickness

To be, or not to be, that is the question.

The most recognised monologue in the history of literature is related to suicide. The popularity of Hamlet’s speech, delivered to a skull held in his hand, can be interpreted as proof for the eternal validity of divagations on life and self-imposed death. The ambivalent attitude to autodestruction included in the Danish prince’s monologue can be related to the social and cultural attitude to suicide and its committer, which dominated over the centuries. Generally speaking, suicides were presented and treated as cowardly criminals. There were, however, instances when they became brave heroes.

The most frequently quoted example of the suicide perceived as heroism is the Japanese kamikaze pilots, who during World War II performed desperate suicidal attacks on American targets. The blend of suicide and dignity, honour and heroism, is not, however, the exclusive domain of Japanese culture, where the suicidal ritual of seppuku (or jigai in reference to women) was a commonly applied practice of honourably solving a difficult situation. Similar troops have been formed all over the world, including Poland, where on the eve of the Second World War a formation of human torpedoes was organised, consisting of volunteers who were expected to perform suicidal tasks if Poland faced the aggression of the Third Reich. As the extant sources suggest, 4,700 Polish people declared themselves ready for such a sacrifice. In contract to Japan, however, this plan was never put into action.

The formation of the Polish ‘manned torpedoes’ is quite baffling, especially in the religious context. This is so because, while Buddism and Shinto in Japan did not condemn suicide, the Catholic Church considers any of its forms to be a sin. Even if the early ages of Christianity are perceived as suicide inducing – death was the awaited and sought-after liberation from temporal evil and the road to eternal happiness (see Hołyst, 2012; Hołówka, 2001) – due to Saint Augustine, it was as early as the 5th century, however, that acts of self-destruction began to be perceived as a violation of the ‘thou shalt not kill’ commandment, and suicide started to be considered a mortal sin that deserves condemnation. Saint Augustin’s argumentation gained the support of Saint Thomas Aquinas, who added that not only is self-assassination a crime against God, but also an act against the natural law and love to oneself, as well as harm done to society (Hecht, 2013). As a result, a suicide was treated more like a perpetrator than a victim of felony (Minois, 2001; Marsh, 2013). 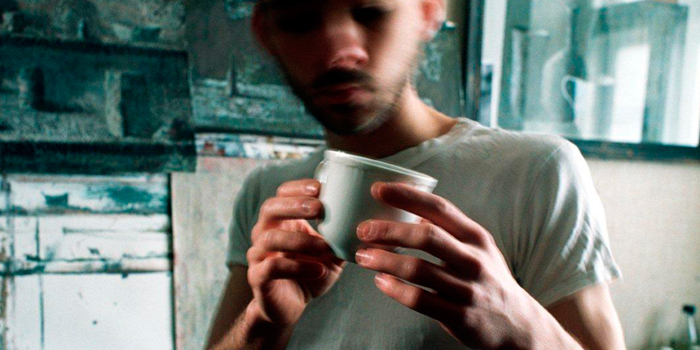 The attitude of the Church towards suicide translated into the manner in which a person who committed it was treated. Funeral denial was only part of the punishment imposed upon a suicide. It was also common practice to desecrate their body. The corpse was burnt at the stake, drawn naked through the streets, quartered and exposed to public view, impaled on a pole and buried at the crossroads to hinder the dead soul’s sense of orientation (more in Hołyst, 2012; Minois, 2001). As pointed out by Minois (2001), the desecration of the corpse was practised for a very long time in Europe, where the last descriptions of such incidents mentioned in the literature date back to 1749 in Paris, and 1823 in London.

Those two contrasting meta-narrations on the subject of suicide – glorification and condemnation – seem to be, gradually and to a growing extent, superseded in the public sphere. Suicide ceases to be treated as a legal or moral issues, becoming a health one instead. Regular elimination from the public sphere of texts that could be interpreted as condemning or glorifying suicide is coupled with the popularisation of the outlook on suicide as a mental health issue. Due to codes of ethics issued by suicide prevention organisations, as well as journalist associations, not only is the publication of photographs and descriptions of suicidal acts blocked, since it could trigger the so called the Werther effect (copycat suicide) and encourage some readers to kill themselves, but there is also a growing trend for censoring all texts which could be interpreted as the glorification or condemnation of suicide. Nowadays, people who commit suicide, or who make a suicide attempt, are presented as individuals suffering from mental torment. This profile of a suicide is mainly to be found in psychiatric and psychological publications, which point to a mental disorder as a prerequisite leading to a suicidal act (e.g. Mościcki, 1997; Jamison, 2004; Harris and Barraclugh, 1997). This medicalised image of suicide is also used in the mass media and in warning notices issued by government(al) bodies and NGOs. The publications by the World Health Organization, global suicide prevention organisations (www.iasp.info; www.suicidology.org) or NGOs (www.befrienders.org) also apply the psychiatric approach to suicidal behaviour.

In 2013, this attitude was supported by the addition of Suicidal Behavior Disorder to the DSM-5 classification of mental and psychiatric disorders, issued by the American Psychiatric Association. Suicidal behaviour was listed in the section entitled ‘Conditions for Further Study’, which contains suggested future official mental disorders. They do have specified criteria sets which are, however, not intended for clinical use. The occurrence of these disorders should trigger debate and encourage future research, which will facilitate the comprehension of each issue and make it easier for the authors of the system to relocate any proposed disorder to the section containing officially recognised behaviour disorders. This suggestion was interpreted as the first step to the recognition of suicidal behaviour as a mental disorder.

Psychologists and psychiatrists disagree over the systemic benefits resulting from the recognition of suicidal behaviour as an official disorder. They quote various research results which show the relationship, or lack of, between suicides and mental disorders. Paradoxically, when striving to protect people from suicide and medicalising it, the American Psychiatric Association condemns people who make such attempts to stigmatise mental illness by locating the cause of suicide in an individual. Thus, it is not the environment or circumstances, but the disordered mind which will be more commonly associated with its cause. Consequently, there is every likelihood that the only adjective to accompany suicide will be the word ‘sick’.

So, maybe it is ‘sick’ then? And maybe those researchers who perceive suicidal behaviour as a purely medical issue are right? Psychological models of suicidal behaviour emphasise the key role of the mental condition; according to psychologists, the experience of psychological pain and the accompanying state of mind play an instrumental role in suicidal behaviour. A suicide is described as a person who suffers and sees only one way out of the situation – suicide. As Shneidman, called the father of suicidology, pointed out ‘the single most dangerous word in all of suicidology is the four-letter world only’ (Shneidman, 1996, p. 59), since suicidal attempts are made when a person suffering from mental pain is convinced that suicide is the only choice and possibility they have.

Provocatively, it could be asked if a healthy mind can consciously and voluntarily be looking forward to ending its existence. Unfortunately, there is no answer to this question. The experiences of those who die in suicide attempts are, out of necessity, unfathomable. We can only hear the stories of those who survived a suicide, which – to a limited extent – allows us to learn about the mental universe of those who were killed as a result of a suicide attempt.

The lack of knowledge of what pushes people to commit suicide does not prevent us from judging such behaviour. Some of us will perceive suicidal behaviour as proof of the pathological nature of the suicidal wish, while others – knowing the life story and a broader context of suicidal decisions – will consider suicides’ desire to be comprehensible/intelligible. Depending on the outlook, experience and knowledge, the same suicidal act may become a respected decision or a symptom of mental disorders. What is it really like? None of us knows.

Is an Assistant Professor in the Department of Humanities at the University of Social Sciences and Humanities in Wroclaw and a member of the Academy of Young Scholars and Artists. In her research she focuses on the analysis of the discourse of medical practices, the experience of mental illness and suicidal thoughts and behaviour. She is the author and co-author of scientific articles issued by various periodicals and journals, including Health: An Interdisciplinary Journal for the Social Study of Health, Illness and Medicine Qualitative Health Research and Qualitative Inquiry. PWN has just published her monograph entitled Samobójstwo. Analiza narracji osób po próbach samobójczych (Warsaw, 2016). 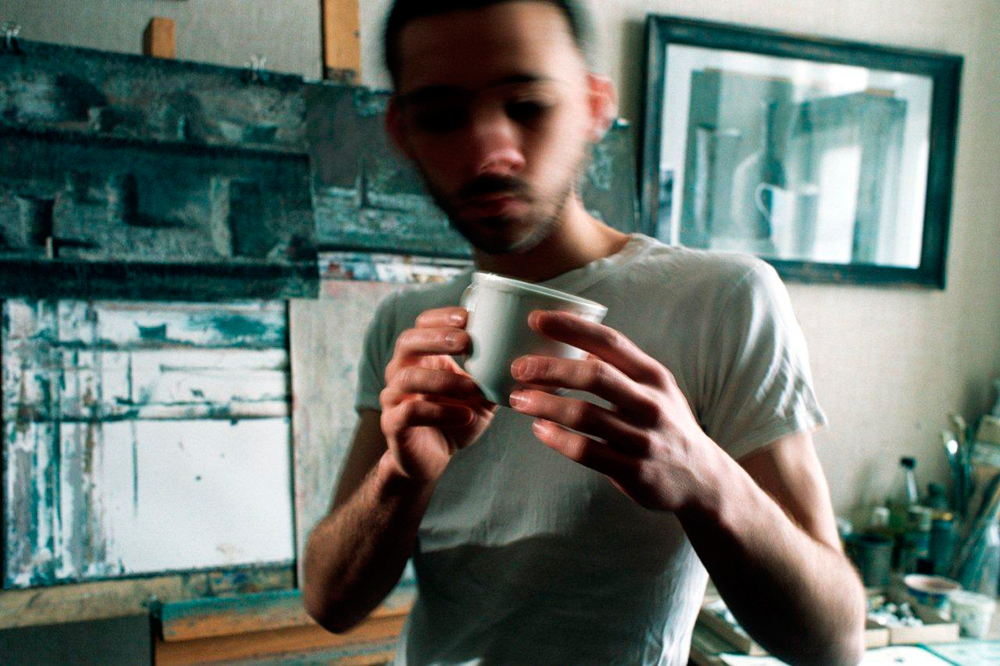