Happiness and the chaos of the modern era 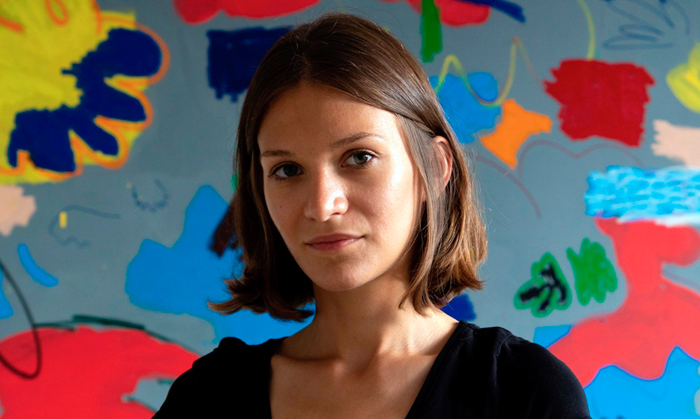 You have just graduated from the Fine Arts Academy in Cracow but you had already exhibited in Vienna and Switzeland. How did it happen?

Kalina Horoń: I moved to Vienna during my 4th year of studies in Cracow for the Erasmus exchange programme. Initially, I intended to go abroad for just one semester year, but then I decided to extend my stay for a whole year and I applied to the Academy of Fine Arts for a mixed media course. I enjoyed Vienna’s art scene. I felt that I wanted to stay here but it wasn’t easy at the beginning. At Akademie der bildenden Künste (Academy of Fine Arts) the approach to teaching is much more relaxed, it was in Vienna that I learnt about different ways one can improve their technique.

What is the difference between these two academies? It must be especially important for you if even your professor from Cracow, Andrzej Bednarczyk, admitted that your stay in Vienna helped you improve the technique and suggested that you should not come back…

The Academy of Fine Arts in Cracow is, after all, an academy with a more traditional profile and it is noticeable in the works produced by its students at the end of their studies. I have an impression that in Vienna young artists are more often interested in artistic experiments. Many students are interested in graffiti and in the ‘quicker’ techniques of painting. One wouldn’t experience studying still lives or life drawing sessions which are common at the Academy in Cracow. 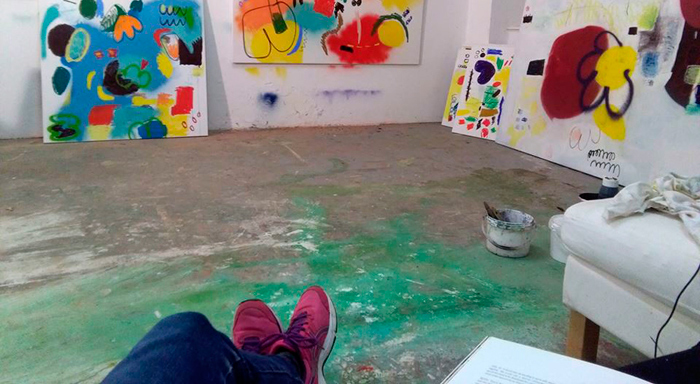 Is this way of teaching fine arts more in accord with your own approach to making art?

When I make art I always follow my intuition, my works are never based on sketches. I paint quickly, it is not a long process. For me painting is a tool which enables me to communicate my experiences. I want my visual language to be individualistic and therefore recognisable to the viewers. It was in Vienna that I gave up oil paint, which helped me to ‘refresh’ my style. In Cracow, I constantly had to drudge in oil paint because it was the praised technique by that traditional institution. In Vienna I took a different path which enabled me to improve as a painter. I significantly reduced my range of tools. Right now I experiment with oils sticks, sprays and all sorts of markers.

Does the differences you mentioned reflect the way you are being perceived in Vienna and Poland?

Naturally! The works which I had produced in Vienna and then exhibited in Poland were perceived as hugely innovative. I know that they were a shock to many in Cracow because of the bold colours and the general freshness of the style. I was mostly inspired by Vienna’s young art scene, which is gaining recognition abroad, especially in the USA. As a result my art is not that shocking to the Viennese public. 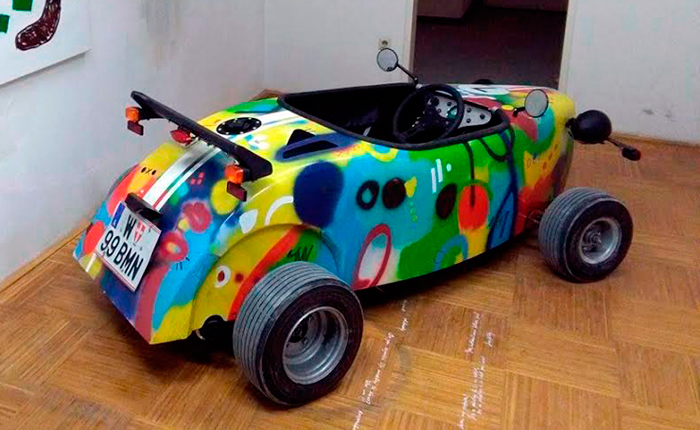 In Vienna there are more opportunities to exhibit one’s work than in Cracow. Therefore, it is much easier for people to organise themselves in order to put together an exhibition in an alternative space rather than in an official art gallery. During the ‘Parallel’ art fair each artist had a designated room and could arrange this sterile space as they he/she wished. The exhibition lasted a week and it was accompanied by all sorts of evening attractions. It is a very intense event which attracts many young artists based in Vienna.

One of the exhibits was a curious car painted in bold, mixed colours…

Yes, it was a fully functioning car. Together with a friend of mine, Florian Matthiese, who organises car tours with these vehicles, we came up with an idea to paint one of them. We were inspired by the project ‘BMW art car’ where artists painted BMW cars. It was the first project of this sort, however, I am not ruling out an idea of repeating it in future. The reception of this work was positive, it was a humorous project. 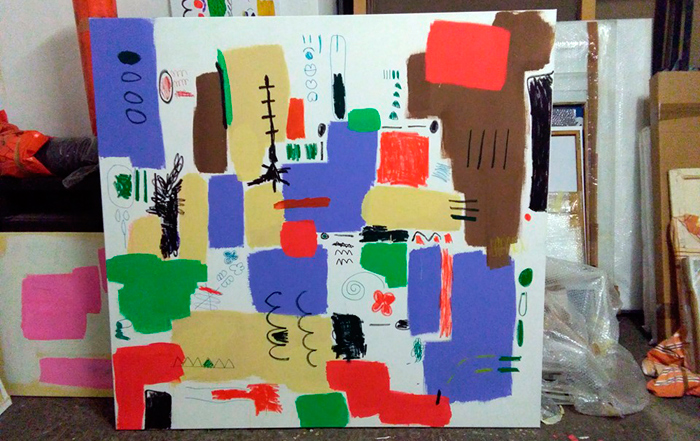 Does humour plays a significant role in your art?

Definitely. I think there are too many serious artists out there who take themselves too seriously.  During ‘Parallel’ I have heard that my exhibition was outstanding in comparison to other rooms. The viewers claimed that they were surprised by the positive character of my works. They evoked laughter and brought smiles to the viewers’ faces, that is what I aim for in my art.

Apart from the positive reactions, is there any other message in your art?

A painting is an aesthetic object for me and it always will be. Reality is my source of inspiration but I produce art in opposition to it. I want to communicate a sense of happiness in my paintings, because I believe that it penetrates the chaos of the modern world. I believe that joy is connected to the inner balance of oneself. It can be observed in happy people, those who find themselves in modern world. I want my paintings to embody these emotions through the balance of their compositions.

Apart from painting, you also do performances during which you often play violin and experiment with synthesisers. Does making music affects the way you paint?

During my studies in Cracow I had focused on figurative art, it is only after some time that I decided to move towards abstraction. Therefore, my first attempt was to refer to music, and I started to look for parallels between these two kinds of art. For me it was a process of coming back to my roots, because before applying to the Academy of Fine Arts I attended a Music School and learned to play violin. During my studies I regained an interest in that instrument, but this time I focused on experimental music and playing around with different effects.

How specifically do you translate music to visual language?

I try to compose my paintings in a similar manner to the way I compose my music. It is an improvisational way of composing which is mostly influenced by emotions and momentary associations. For me the crucial element in painting is the balance of expression, meaning the balance between cooperating means.

Do you plan on coming back to Poland or would you rather continue your career in Vienna?

I would like to continue working in Vienna, because it is a city that offers me more opportunities than Cracow. During the past two years I have made more contacts than over the course of my entire studies in Poland. Things happen faster here. The contacts quickly turn into collaborations. The next step for me would be a collaboration with an art gallery from abroad and organising an individual exhibition. 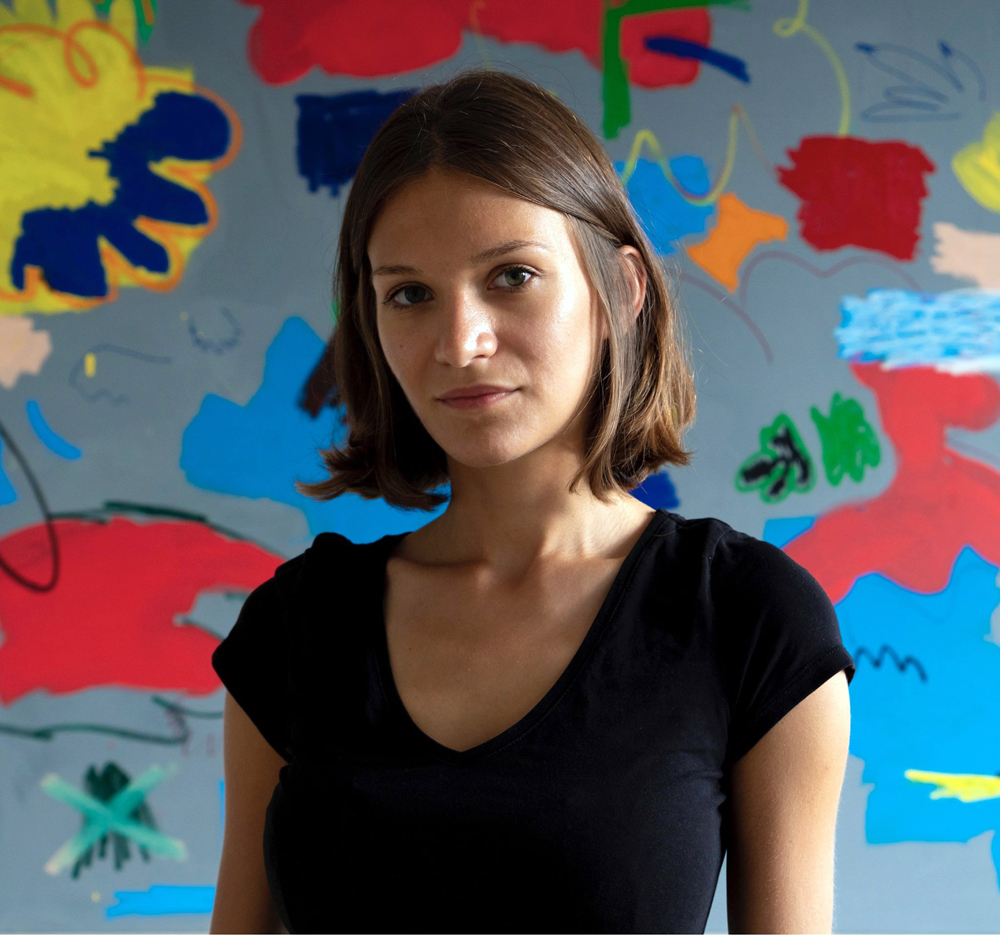 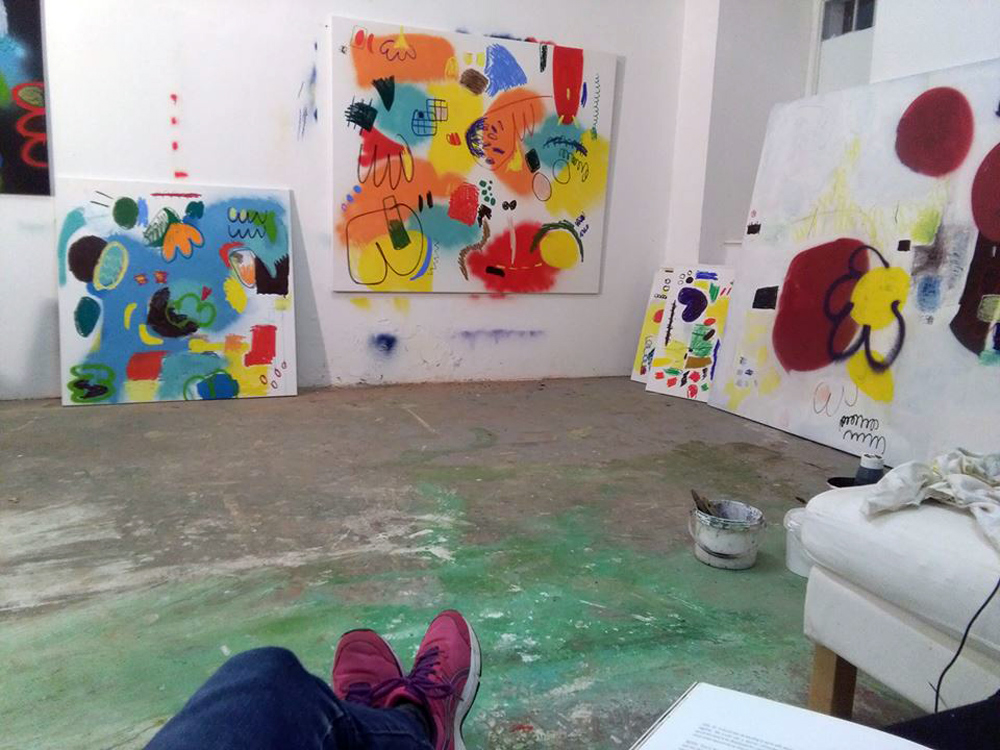 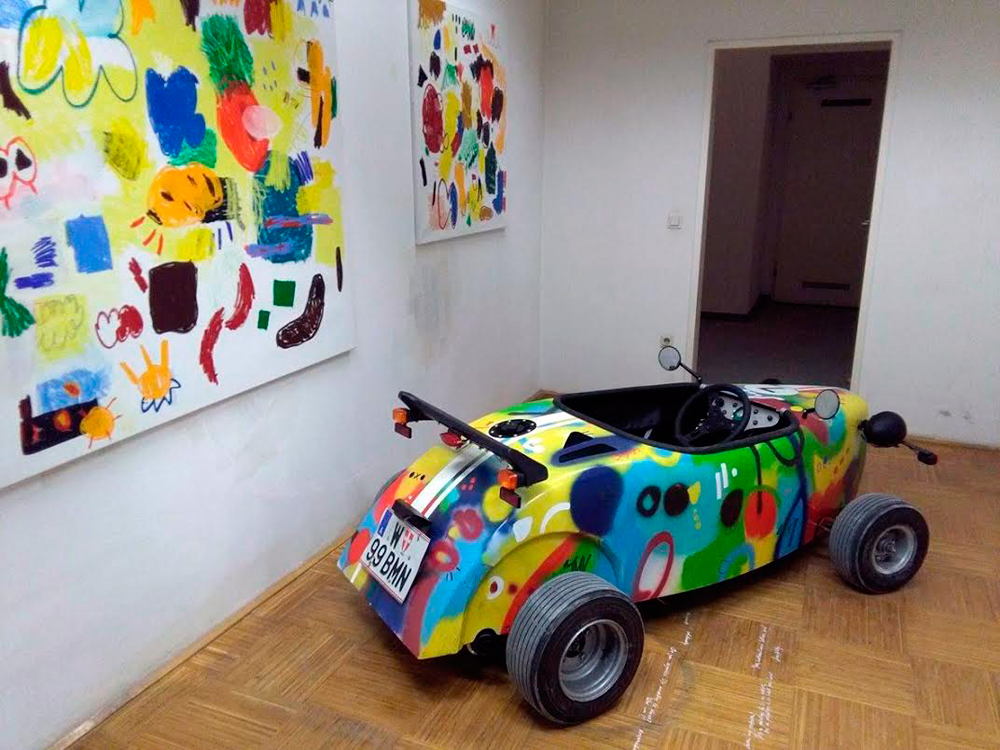 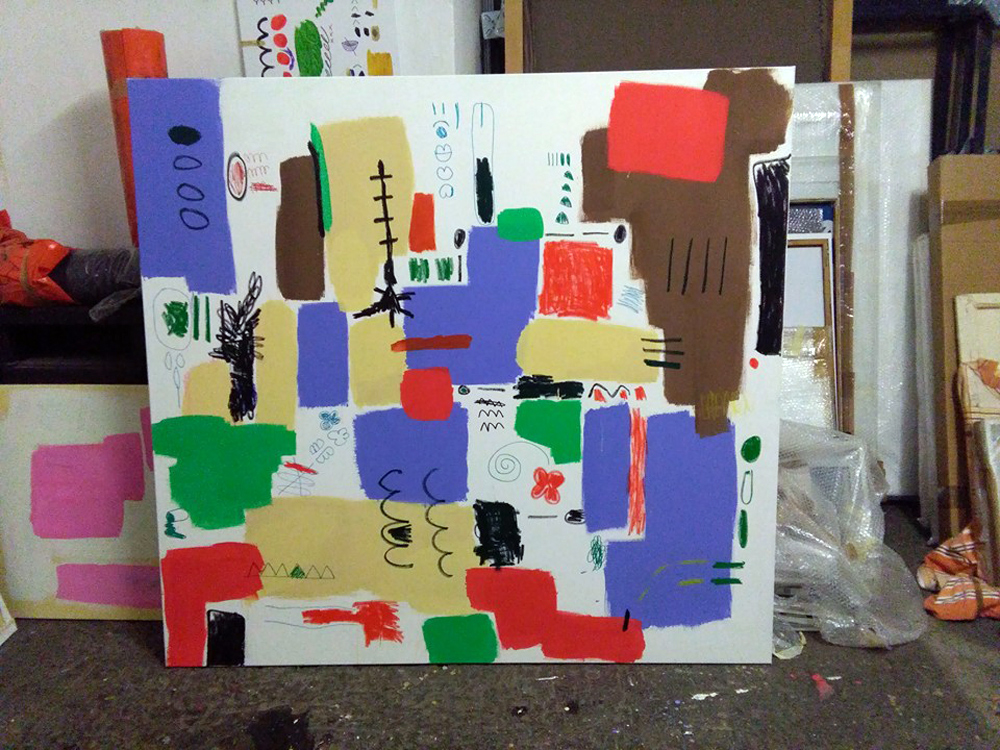