I have recently come to a conclusion that my pointless afternoon walks have to them a subconscious meaning which is hidden somewhere deep down there. Completely unwittingly, I would of a sudden come across persons, things, buildings, situations which add up a meaning to my reflections.

When I look out of my apartment’s window, I can see the buildings’ roofs and their colours, changing as the weather changes. When the sun shines at its full capacity, everything around is incredibly contrastive and colourful. The buildings glow with various shades of ochre, pink, and red.

Only after I stayed somewhat longer in Veneto, I became aware of the grand difference between the cheerfulness of an Italian from the North, one from middle Italy, and one from the South. In Venice, the laugh has more to do with the art of comedy than with life as such. Venice’s laugh is a sophisticated one.

We can frequently find ourselves on the borderline of what is serious and what is not.

Genre scenes from the life of Italy one can see in museums come alive in the little streets, market stalls, and squares, in all the towns, whether in the north, middle, or south of Italy.

Italians are really proud of their cuisine. Even if they can admire some Greek, Chinese, or French meal, it is their own cuisine always to take the first place, and they would get very upset if you refuse to admit that Italy is where you can have the best time eating.

I try to figure how come those perpetually joke-making Italians, for whom there is apparently no serious talk possibly existent, have created so many masterpieces in the domains of painting, architecture, music, or literature. We often can’t help seeing all those works otherwise than serious, lofty, sublime, the ‘fruits of an artist’s work’ being full of majesty. When we, however, take a closer look at all those artists of genius, then we can clearly see that each one of them did have a great sense of humour, not infrequently hiding behind the curtain of a serious phrasing. Real sense of humour is of primary importance while creating a work of art.

In bars and restaurants, they put the tables out into the street; through the doors being open slightly, a variety of odours escape. Added to those is the smell of washed clothes hanging out of the window shutters, as are the odours of home kitchens. Only very few can perhaps remain neutral to those meal-related waves of odours which are tempting with the images which they bear of a saucy salami, ham, olives, or, at some other times, a fresh pizza, cakes and coffee ... Cuisine is a sort of obsession there, following you from the morning well into the night. 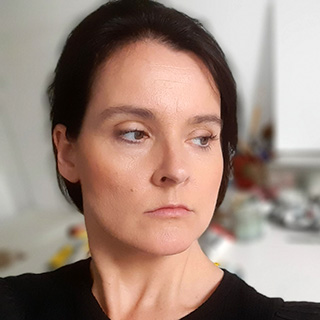 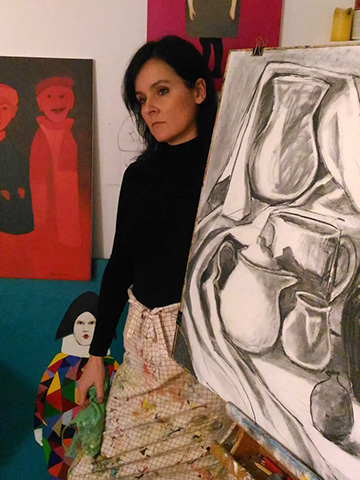