To be an artist in our times is to travel. The starting point of Agnieszka’s travels was her studio in her parents’ home in Gdynia. The house stood on a cliff over the sea. The studio, like studies in Romantic villas, had windows on four sides. One only had to lean out a bit further and set off on a journey. 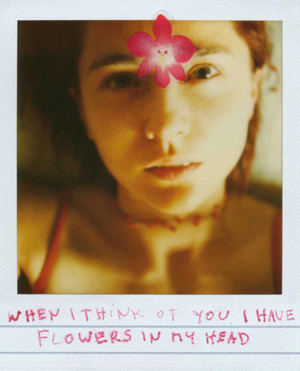 An artist’s career is somewhat akin to the work of an international detective, or to the quest for the Holy Grail. A succession of exhibitions, ever better grants, meetings with professors-masters: successive levels of initiation, achieved - but at a cost of partings, departures and loss. 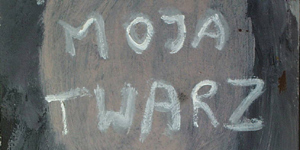 Agnieszka studied in Gdynia and in Warsaw, went skiing in France, visited museums in the Netherlands. But she has also learned, worked and simply lived in such exotic places as Indo-China and Cappadocia. In 1997 she entitled her diploma exhibition “It is propitious to cross a great water” and left for Japan, where she had been given a grant. What is the real purpose of those travels? To gain distance, to break off, to obliterate? Maybe in order to turn over the next card in the solitaire of life it is necessary first to discard everything that was? Opening up to new experiences and inspirations does not mean anything any more. One “I” is not enough.

There are periods when she only paints large pictures, but then, inevitably, the moment comes when she abandons the palette and never lets go off a pencil and sketchbook instead. After a few months, or years, when she has had enough of drawing, she becomes an excellent photographer. Finally, she returns to painting on canvas, but already as someone else.

What will that “something” be which allows us to recognize Agnieszka’s works in the future? Her successive metamorphoses, escapes and returns? Agnieszka’s artistic stamp is as insubstantial, fleeting as her poetic touch on photographs and pages torn out of glossy magazines. Her face, her sensitivity, her self breaking through the Vanity Fair of civilization, knocking on the doors of exotic cultures which remain silent, proud, reserved, closed to us, strangers from across the great water.