The Visible Form Of A Hidden Interior

Have you happened to invent a name for what you paint? I’m not so much concerned about a title; an association maybe, granting an individual name perhaps.

What I paint is abstract images. You can try and trace within them a variety of things; perhaps these might be maps, or plants, or, some other organic forms. But in fact, these names do not convey a meaning to me. I just try to paint whatever is vivid inside the matter; its hidden life whose form is different than that of images around us. I should want the form to pave a way for itself, to determine it on its own: a final way, however, a vivid one too. Each of these paintings has its own target point, and one should attempt at ”catching” their essence, recognise it. There is a target point all right, but there’s an outset to all that as well.

Where is it that a painting of yours begins?

I always wanted to find a place where, in silence, paintings could look inside their interiors. This is, I guess, the place. The one where the form occurs.

Your works, despite their being abstract and, as you said, triggering associations with all that imagery of organic forms, appear to me as bearing the same poetics of form behind them as may be found in a pre-Columbian art.

You really think so? I cannot see it like that and probably would not care about ”ethnical” associations of this sort. I wouldn’t like my works to appear exotic, whether from the European perspective or from any other. Or perhaps you’re just right, perhaps it’s just the specificity of place you originate in that would in each case exert an impact on shapes that one’s intuition would suggest.

What is, then, the way you should like your paintings to be approached in?

I should be willing that the viewer be responsible, or rather, co-responsible perhaps. I mean, so that he or she might be someone seeing the fragility of an image, its transient quality, changes to which it is subject, its internal life; one who sees and realises whatever he or she participates in by way of viewing as such.

I attempted at experimenting in such a manner with viewers in Santiago. I’ve been painting mural images since 1985. It was namely a series of images pain-ted on a wall, in a street; passers-by witnessed the creation of those paintings which were getting transformed as they viewed them. I wanted the spectators to respond to those paintings, the changes taking place in them, so that the painting become a sort of dialogue. And so was the case with the Santiago action. The urban space, the public space is obviously different that the interior of a gallery; it encourages you to perform such actions. Besides, at that time, in the eighties, we in Chile underwent a specific period, one of social activity after a long pe-riod of severe dictatorship; for me this was the period when I studied and got involved in what was on around me. Urban space has not ceased to be quite inspiring to me all the same; I can still find in it a new resource for my paintings.

Carpets thrown away into the street, for instance?

The carpets were part of another project, pursued while in Germany. I got fascinated with a social under-taking named Sperrmüll by local natives. It is about each district or quarter having its one assigned day per month on which the residents may display in the street just anything which seems of no use to them and which they would like to get rid of, i.e. furniture, old toys, electric appliances, ”flowerpot” plants, curtains, fitted-carpets or linoleum, regular carpets... Not only do the town streets change their apparition then, but also their way of existence, as it were; the houses’ interiors, the intimate world of human apartments gets thrown on the street, for this only one day, and then also the following night.

”Household” objects capture the external world, but their holiday is ephemeral and short-lasting; the pageant ends in the morning, for at the daybreak, everything is removed to a landfill site.

Yes, and I painted my pictures on them; I would unfold them, fix on canvas-stretchers, and paint on both sides, the obverse and the reverse. Most of these were old, damaged fitted carpets, stained with coffee, singed, with furniture stigmas impressed on them; they bore traces of their earlier lives. I wanted these traces of life to interfere with abstract images I was painting on them. The different ways of being: as a carpet and as a painting ground: one hiding the other whilst bringing it out at the same time. A carpet will always remain a carpet, whereas abstract imagery that I paint somehow shades and hides its sense as a carpet, whilst highlighting the secrecy of its apparently banal existence recorded with imprints of cigarette butts.

Does this happen also to your other works? With the ”easel-based” paintings or prints? I mean, are these supposed to hide and reveal some secrets?

As I’ve already told you, these are abstract paintings. Whether you look on paintings or graphic prints, you’ll find this same world of forms in both. Obviously, a technique superimposes certain solutions and makes you quit some others, but this is just the technique, full stop. My works are abstract ones and I would like them to be a sort of sense of internal form, one being intuitively viewed through the line, colours, texture, that is, anything you can actually see – the visible form of a hidden interior. 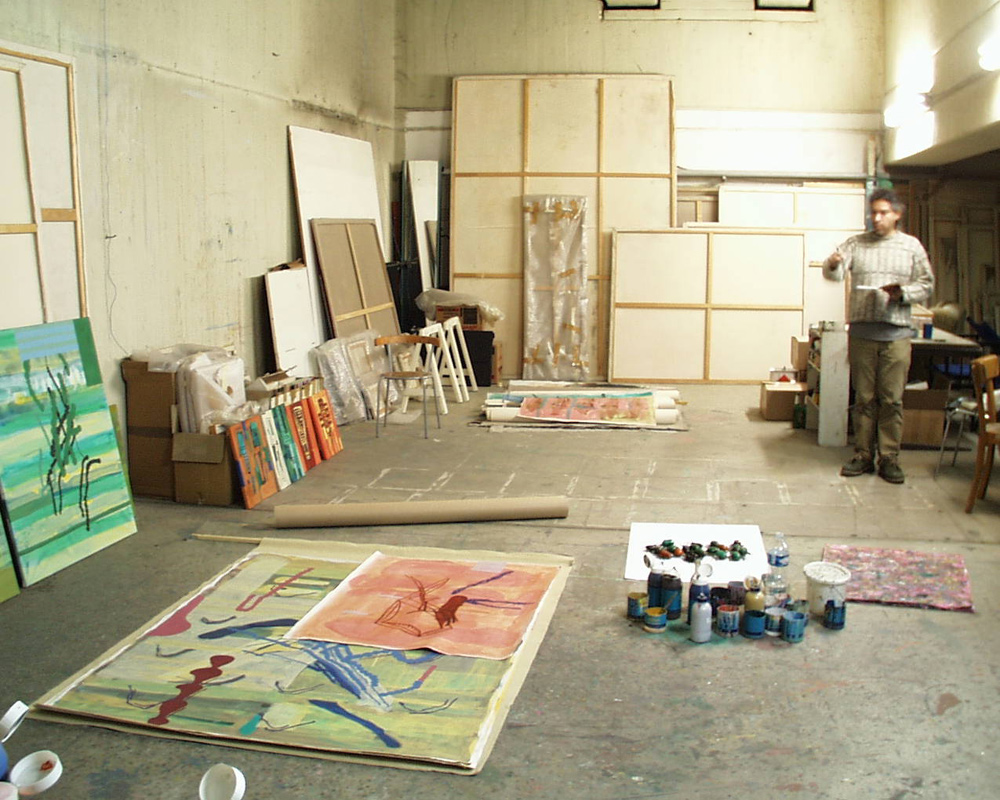 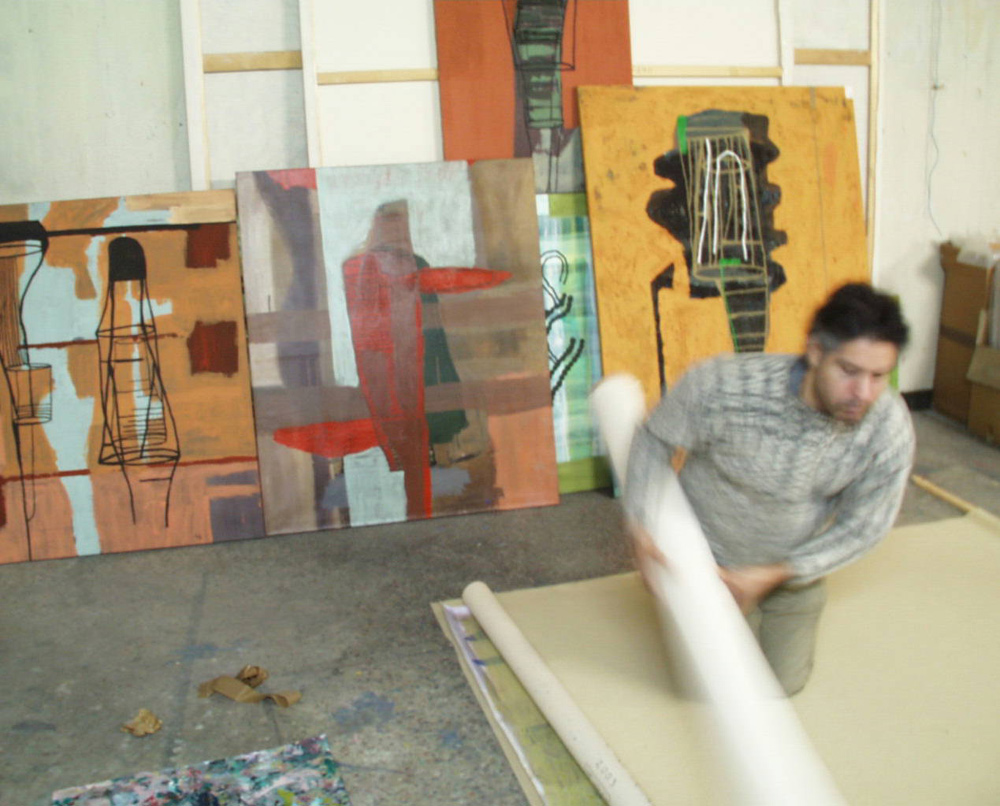 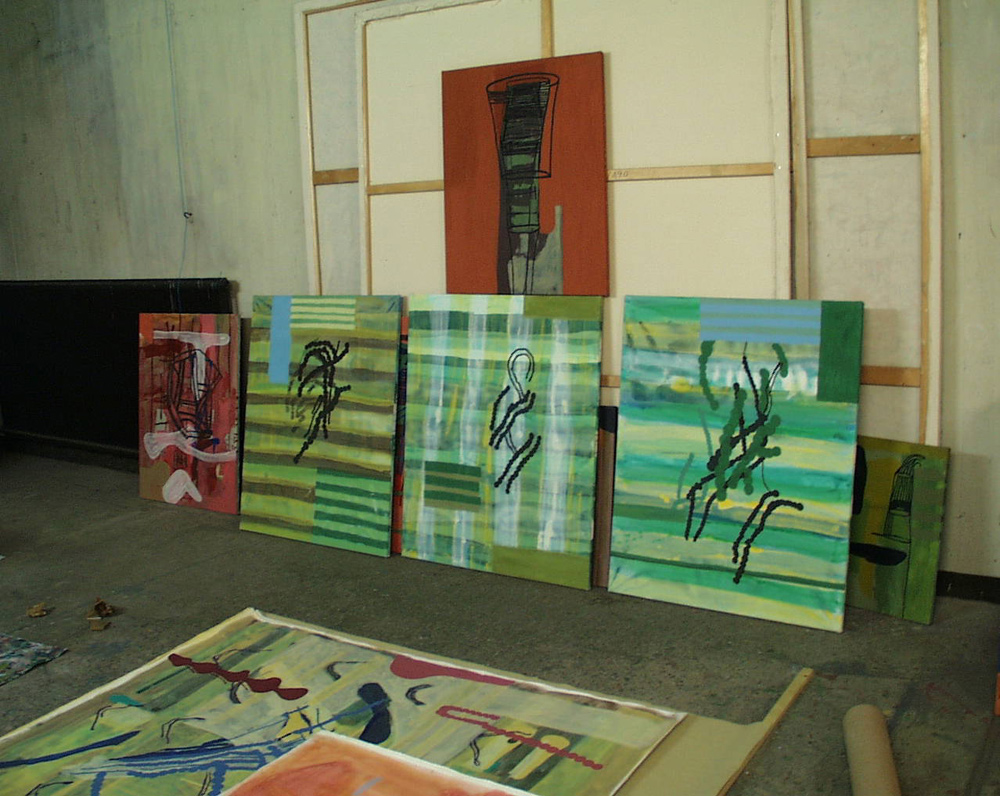 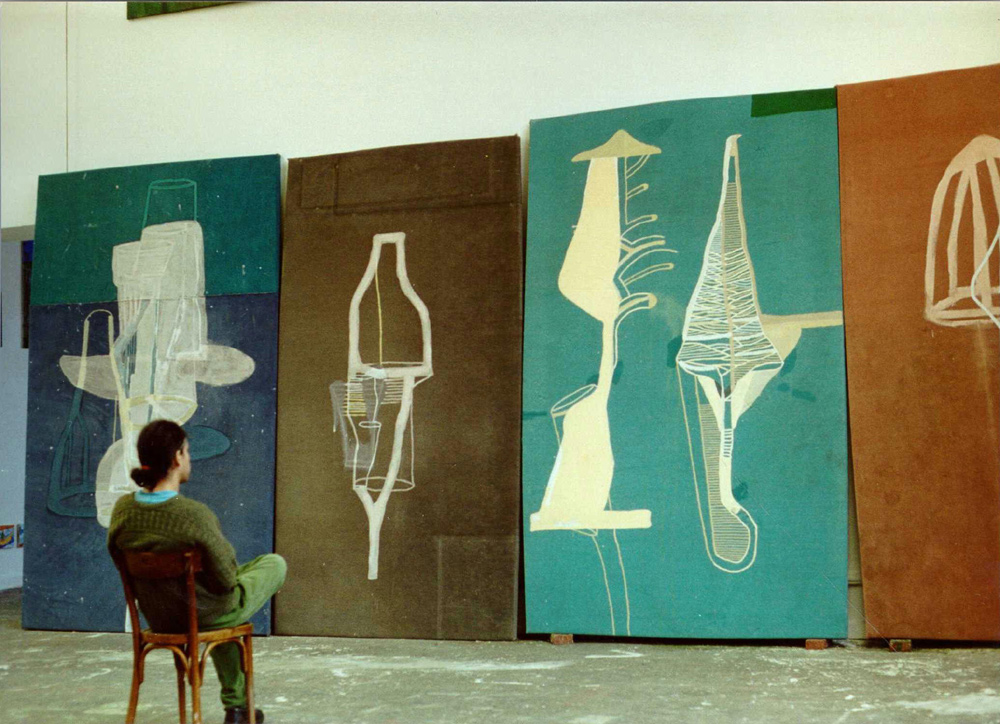 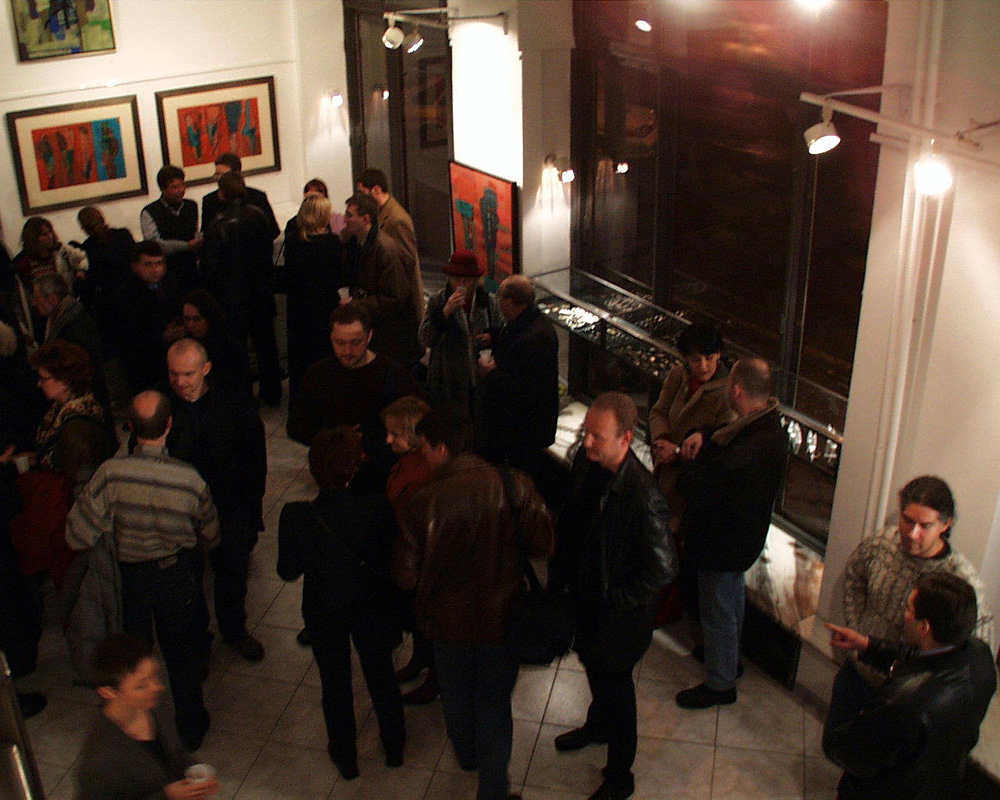